Granting a Safe Passage for Migratory Birds in Lebanon 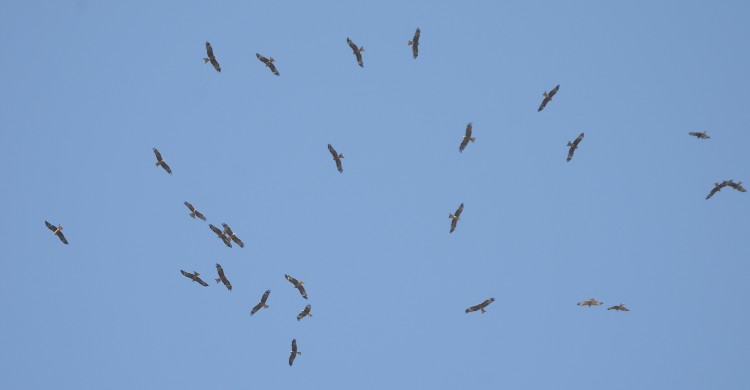 Abu Dhabi/Bonn, 27 May 2021 – After more than four decades of illegal killing of migratory birds in Lebanon, an effective enforcement scheme is safeguarding numerous globally-protected species at two key sites along their migration.

Lebanon lies on the west side of the African Eurasian Flyway (Red Sea – Rift Valley Flyway) which is considered one of the most important flyways in the world for bird migration. As a signatory to the CMS Memorandum of Understanding on the Conservation of Migratory Birds of Prey in Africa and Eurasia (Raptors MOU), Lebanon has a shared responsibility towards protecting migratory birds during their spring and autumn migration.

It is estimated that approximately 2.6 million birds are killed illegally each year in Lebanon. Illegal shooting and trapping of birds are widespread across the country, particularly during the migration seasons. A hunting law was agreed upon in 2004, however illegal killing continues due to delays with implementation and application of the law.

To address the ongoing issues, a letter was delivered to the President of Lebanon, President General Aoun by the Lebanese activist Dr. Marwan Owaygen in 2017.  The letter highlighted the urgent need to protect migratory birds that pass through the country each spring and autumn. In response, President General Michel Aoun launched a national campaign to highlight the severity of the illegal killing of migratory birds in the country, including raptors and iconic species such as the white stork.  New regulations for bird hunting were announced as well as measures for stricter enforcement of the existing hunting law.

Consequently, the government launched an Action Plan in 2019 to reinforce the implementation of the hunting law. For the first time, poachers were arrested at large scale across the country.  One of the results of this plan was the mobilization of the Lebanese Internal Security Forces (ISF) to monitor two hotspot corridors during the spring and autumn migrations and protect the thousands of birds that were being killed each year by poachers.

The two sites, Mount Terbol and Daraya-El Ayacha in Northern Lebanon are both known for being key passageways for soaring migratory birds as they migrate through the country.

In spring 2020, for the first time in decades, thousands of migratory birds crossed Mount Terbol safely under the protection and surveillance of the Lebanese ISF. The protection continued between February and May 2021, allowing the birds to cross again safely towards their nesting grounds in Europe and Asia. 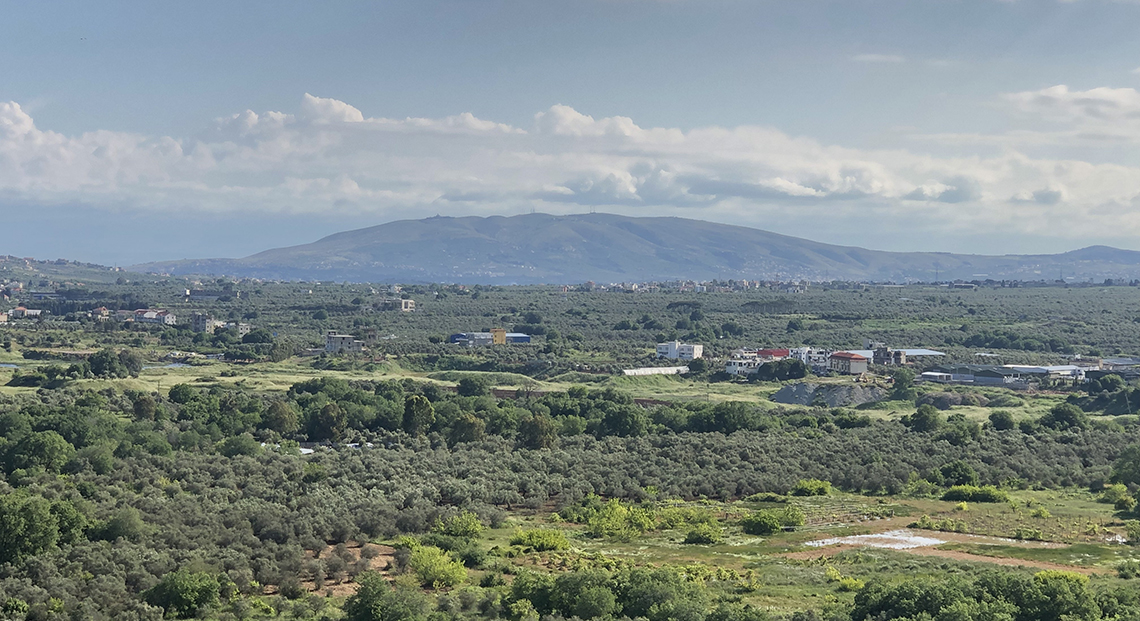 Mount Terbol as seen from the plain of Koura. © Marwan Owaygen

A similar positive outcome unfolded in Daraya-El Ayacha in the Miniyeh-Danniyeh district, North Lebanon Governate, an area that was known for the mass killing of raptors during the autumn migration.  Poachers used to gather there at night with light projectors to shoot migrating birds.

Following the same approach as the initiative at Mount Terbol, the ISF ensured daily surveillance from August to November 2020 granting a safe passage for thousands of birds including raptors, pelicans and cranes. At a birdwatching event on 9 October 2020, around 3,000 raptors were counted, mostly black kites. 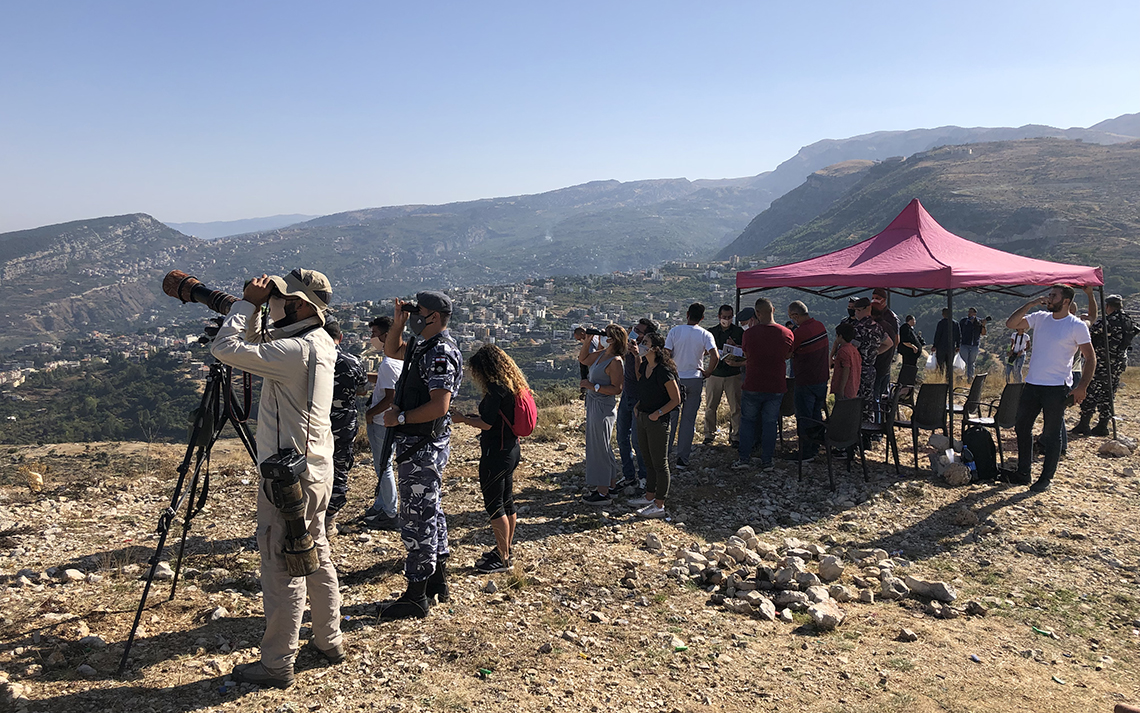 Dr. Marwan Owaygen aims to replicate this model of protection in other areas of Lebanon:

“The scaling out of this model requires as a first step a mapping of the top hotspots for bird massacres across the country. Activists and NGOs can then ensure surveillance of these hotspots during the migration seasons, in close collaboration with local authorities and the Internal Security Forces.”

“Hotspots can be converted progressively into destinations for birdwatching, attracting national as well as international visitors and supporting the local economy. This proposed project presents a funding opportunity for donors interested in bird conservation in Lebanon.”

Lebanon faced an extremely challenging year in 2020 with the unfolding political, financial, social and economic crises. Despite this, the government and local activists rallied together to enact strict protections for migratory birds at two major hotspots in the country.

These actions are an important contribution to the implementation of the CMS Raptors MOU’s Action Plan for the Conservation of Migratory Birds of Prey in Africa and Eurasia, the CMS COP Resolution 11.16 (Rev. COP13) and the Rome Strategic Plan of the Intergovernmental Task Force on Illegal Killing, Taking and Trade of Migratory Birds in the Mediterranean.