Eyes on the Flyway Conference 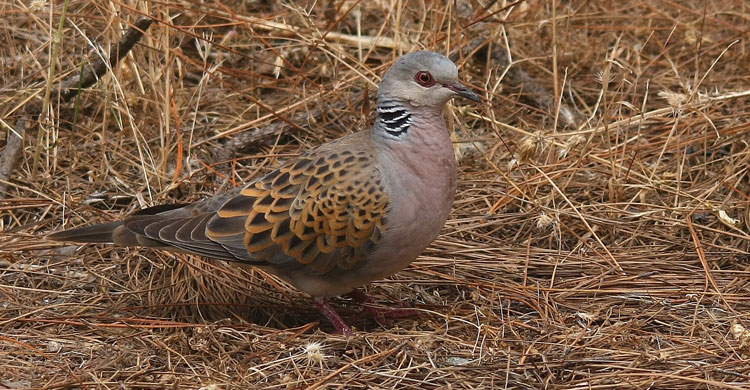 Bonn, 6 June 2018 – The “Eyes on the Flyways” Conference, held at the Natural History Museum in Brussels on 24 May, was the concluding event of the LIFE EuroSAP project which set out to tackle the threats facing sixteen endangered bird species in Eurasia.

Funded by the EU, LIFE EuroSAP involves 13 partners and covers 16 species the populations of which have been in continuing decline. The project partnership was established in April 2015 and through a coordinated series of stakeholder consultations has aimed to prepare the ground for the successful implementation of nine Species Action Plans – a multi-species Action plan for eight lowland breeding waders, two SAPs for marine birds and six Single-species Action Plans for the Velvet Scoter, White-headed Duck, Cinereous Vulture, Bearded Vulture, Dalmatian Pelican and European Turtle Dove.

The finalized plans will be submitted for approval by the European Commission and where appropriate by the 48th session of the CMS Standing Committee in October and the 8th Meeting of the Parties to AEWA taking place in South Africa in December and this year.

The Conference consisted of a series of presentations on subjects ranging from an overview of the EuroSAP project, the impacts of land use changes on bird populations, threats at sea such as bycatch, oil spills and plastic pollution, sustainable hunting, multi-species Action Plans as a model for international species conservation and implementation and funding of species action plans.

Ian Fisher of the UK’s Royal Society for the Protection of Birds (RSPB) gave a presentation on the European Turtle Dove, numbers of which have fallen by 95 per cent in the UK since 1995.

More details on the EuroSAP project can be found on the BirdLife International website.  EuroSAP was a LIFE preparatory project, co-financed by the European Commission Directorate General for the Environment, AEWA and  the project partners including FACE (the Federation of Associations for Hunting and Conservation of the EU) and several national member organizations of BirdLife International.

For more information, contact Tilman Schneider at the CMS Secretariat.