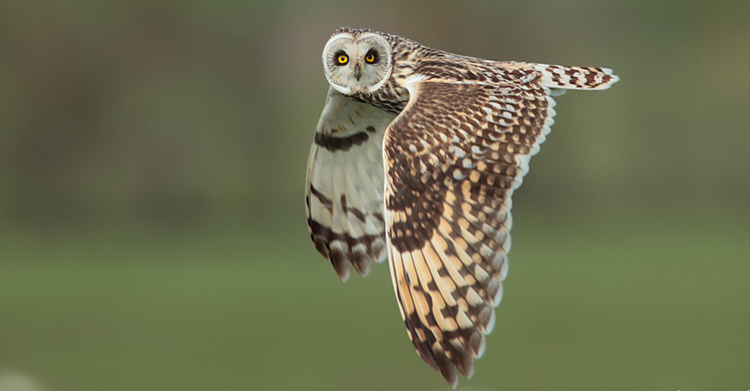 Abu Dhabi, December 2019 - Established in 2012, the Technical Advisory Group (TAG) of the CMS Raptors MOU, has played an important role in the conservation of endangered migratory raptors. The TAG assists the Coordinating Unit and serves Signatories and Range States in effective implementation of the Action Plan annexed to the Raptors MOU.
The concept of TAG was originally proposed by the Coordinating Unit, before being endorsed and then established by the Signatories at their first meeting in December 2012. The TAG is just one of a number of important initiatives generated by the Coordinating Unit for the Raptors MOU that have only been possible due to the productive and successful collaboration between CMS Office – Abu Dhabi and Environment Agency – Abu Dhabi since 2009 when the Office in the United Arab Emirates was first established.
“The Raptors MOU covers 93 species of migratory birds of prey and extends to over 130 Range States which creates a myriad of technical issues and challenges for the Signatories” said Nick P. Williams, Head of the Coordinating Unit. “We developed the idea of a 16-person TAG, including ten regional representatives and six raptors specialists, to provide a mechanism to deliver robust, objective and timely technical support to assist Signatories to implement the conservation measures necessary to protect this spectacular group of birds”.
Besides making recommendations on the implementation of the MOU, the TAG also analyses scientific advice and assessments and provides comments on any proposals to amend the MOU which have a technical content. Support is provided on a wide range of topics: the threat of electrocution of raptors on power lines, amendments to the list of species covered by the Raptors MOU, or the development of further Species Action Plans for migratory raptors.
The work of the TAG is already yielding some important conservation results. In 2017, at CMS COP12, Parties agreed to list ten vulture species and the Steppe Eagle on Appendix I – the Convention’s list of endangered migratory species. An Appendix I listing means CMS Parties who are Range States must adopt strict protection measures in an effort to halt and then reverse the decline of these species. TAG produced comprehensive supporting documents for each of the 11 species considered for listing and thereby supported CMS Parties in reaching informed decisions in each case.
The 16 TAG members include ten regional representatives (two each from Africa, Asia, Europe and Middle East & North Africa), five raptor specialists, and one representative from BirdLife International. Each country that signs the MOU may nominate one individual as candidate for consideration as a regional representative to serve on the TAG. The regional representatives and other experts are appointed by Signatories at the Meetings of Signatories.
“We are a group of passionate people, devoted to the conservation of eagles, vultures, falcons and other birds of prey, who get together to find solutions to technical issues,” said TAG expert Fernando Feás, IAF Ex-Situ Conservation Officer. “As part of the team, I have enjoyed helping to create legislation that can benefit those incredible creatures and I hope this wonderful spirit of cooperation will be maintained.”
Although the TAG operates mainly through electronic means, three meetings have been held due to the generosity of the host governments: TAG1 was held in Edinburgh, United Kingdom in 2014; TAG2 was held in Abu Dhabi, United Arab Emirates in 2015; and, TAG3 was held in Sempach, Switzerland in 2018.
“Migratory birds of prey face ever-increasing challenges from human activities, so if we’re going to influence policy-makers we need to identify effective conservation actions that are founded on robust evidenced-based decisions.  That’s the unique role the TAG fulfills.  I am really proud of the great work being done, founded on an excellent spirit of international cooperation and sharing of ideas and evidence”, comments the Chair the TAG, Professor Des Thompson, Principal Adviser on Science and Biodiversity with Scottish Natural Heritage.
Established in 2009, CMS Office – Abu Dhabi comprises the Coordinating Unit of the Raptors MOU, alongside the Secretariat of the Dugong MOU and is hosted by Environment Agency – Abu Dhabi (EAD), on behalf of the Government of the United Arab Emirates. The vision and long-term support of the UAE, combined with the rich scope of a United Nations forum, is supporting the conservation of raptors, dugong and other migratory species, as well as promoting the well-being of associated human communities, to contribute towards achieving the United Nations Sustainable Development Goals.
Read more about the unique partnership between CMS, EAD and the UAE, the establishment of CMS Office - Abu Dhabi and its achievements over the past decade here.