CMS Raptors had supported a training in Guinea-Bissau to address wildlife poisoning, as a continuation of its work for more than two years (alongside with the , Vulture Conservation Foundation (VCF), Endangered Wildlife Trust, IUCN SSC Vulture Specialist Group and BirdLife International) to engage with local stakeholder groups, including government structures, in Guinea-Bissau. 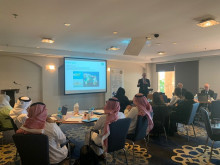 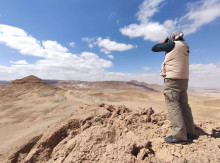 During the migratory seasons (every spring and autumn), over 1.5 million birds migrate over the Galala Mountains, which extend along the Gulf of Suez, from Ain Sukhna to Zaafarana in Egypt. Given that Egyptian Vultures as well as other vultures and raptors can be easily spotted at this bottleneck area of bird migration, Nature Conservation Egypt (NCE) has recently established the Galala Observatory at the site. A permanent monitoring station founded under the Egyptian Vulture New LIFE project, the Observatory is hoped to become a hotspot for the monitoring of raptors and other migratory species, the study of other migratory species, and attract birdwatching tourism in Egypt.

The Convention on Migratory Species (CMS) is supporting range states in the Arabian Peninsula, Iraq, and the Islamic Republic of Iran in the development of an action plan to address the illegal killing, hunting, trapping, and trade of wild birds (IKB), which is considered the greatest direct threat to migratory birds in the Middle East.

The 4thTechnical Advisory Group (TAG) to the Raptors MOU met from 13 – 15 December to discuss key conservation priorities for African–Eurasian birds of prey. TAG members proposed amendments to the text of the Memorandum of Understanding and the Action Plan to clarify objectives, expected results and activities.

A systematic safety testing study led by the Indian Veterinary Research Institute with the Bombay Natural History Society and the Royal Society for the Protection of Birds has identified tolfenamic acid as the second confirmed vulture-safe Non-Steroidal Anti-Inflammatory Drug (NSAID).

Some inspiring news has originated from Bulgaria where new data has shown that a pair of captive-bred Saker Falcons released into the wild have been breeding. The Green Balkans Wildlife Rehabilitation and Breeding Centre, based in central Bulgaria, has been addressing the long-term decline in Saker Falcon populations with a breeding and reintroduction programme.

Ambassador for the UN’s Convention on the Conservation of Migratory Species of Wild Animals (CMS), Sacha Dench has taken off on the Round Britain Climate Challenge – a groundbreaking expedition to circumnavigate mainland Britain in an electric paramotor. Sacha Dench is making the 3,000-mile journey to mark the 26th UN Climate Change Conference of the Parties (COP26) taking place in Glasgow later this year. Launched from Glasgow, Scotland, the expedition will see Sacha flying anti-clockwise around the coast of Britain for 6 weeks.

Granting a Safe Passage for Migratory Birds in Lebanon

After more than four decades of illegal killing of migratory birds in Lebanon, an effective enforcement scheme is safeguarding numerous globally-protected species at two key sites along their migration. Lebanon lies on the west side of the African Eurasian Flyway (Red Sea – Rift Valley Flyway) which is considered one of the most important flyways in the world for bird migration. As a signatory to the CMS Memorandum of Understanding on the Conservation of Migratory Birds of Prey in Africa and Eurasia (Raptors MOU), Lebanon has a shared responsibility towards protecting migratory birds during their spring and autumn migration.