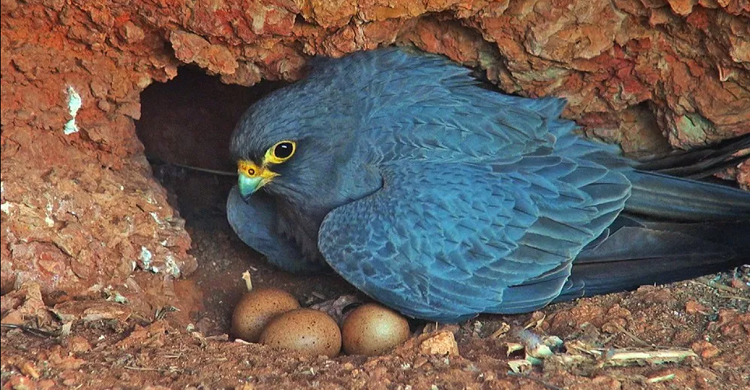 The Sooty Falcon (Falco concolor) is an elegant, medium-sized bird of prey.  It breeds on islands and coastal or desert cliffs, primarily in the Middle and Near East regions and flies south to wintering areas on Madagascar and the south-eastern littoral zone of the African continent.

The Sooty Falcon is classified as 'Vulnerable' in the IUCN Red List, due primarily to slow or moderate and on-going population declines coupled with various human induced threats, particularly in the breeding areas.  Accordingly, the species is listed in Category 1 (Globally and Near Threatened species) within the Convention on Migratory Species (CMS) Memorandum of Understanding on the Conservation of Migratory Birds of Prey in Africa and Eurasia (Raptors MOU).

Only around 12% of juvenile Sooty Falcons reach breeding maturity (at 3-5 years of age). Overall the population trend is negative, with declines reported for half of the breeding countries believed to host about two-thirds of the global population: Saudi Arabia, Egypt, Jordan, Oman and the UAE, where in 2013 no breeding success was recorded. However, there are no accurate estimates from countries where significant breeding populations may exist, including Egypt, Libya, Chad, Saudi Arabia, Iran and Pakistan.

There is a clear need to establish coordinated international actions to gather more accurate and comprehensive information on the global population status and the main threats faced by this spectacular species.  The Coordinating Unit of the Raptors MOU works to encourage collaboration and coordination of conservation efforts between Governments – no one country can address the population declines of migratory species alone.

The film was presented by the Emirates Natural History Group, the Convention on Migratory Species Office – Abu Dhabi and CinemaSpace, in partnership with the Office for Conservation of the Environment, Diwan of Royal Court, Sultanate of Oman, and in cooperation with Environment Agency – Abu Dhabi and Manarat Al Saadiyat.  After the screening, an expert panel discussed the status of the Sooty Falcon, pertaining threats, and responded to questions from the audience. 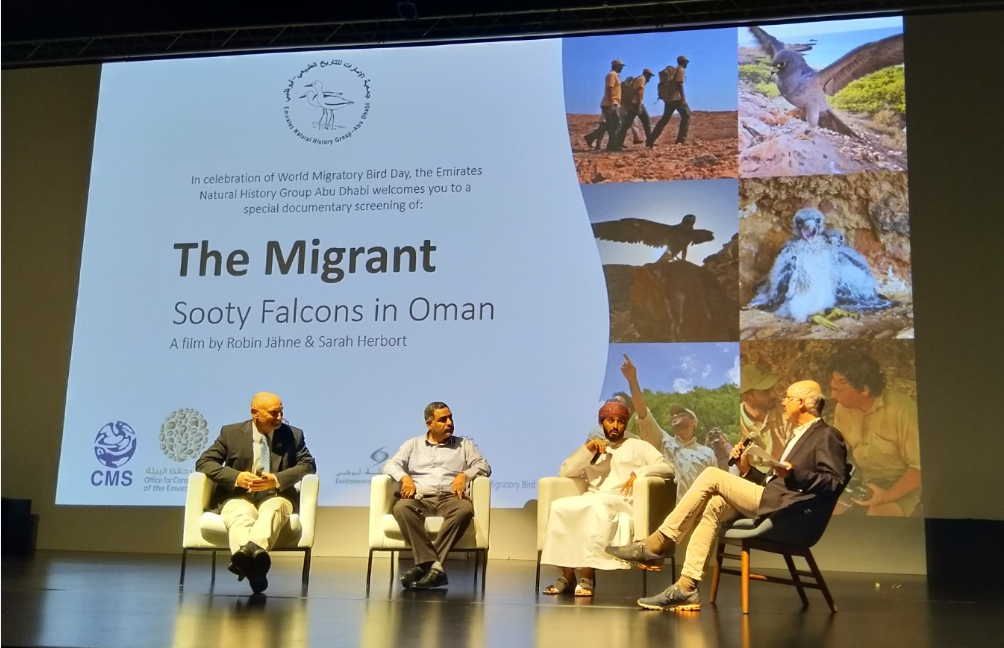