The leatherback (Dermochelys coriacea) is the largest turtle and the largest living reptile in the world. Mature males and females can grow to 2 m in total length and weigh almost 900 kg, although individuals of this large size seem to be rare today. Females lay clutches of approximately 100 eggs, including many abnormally small, "yolkless" eggs.  Like all other marine turtles they use sandy, beaches, but unlike other marine turtles, leatherbacks can nest on both tropical and subtropical beaches. They nest several times during a nesting season; there are records of some individuals nesting as many as 7, 8, or 9 times in a single season.

The leatherback is the only sea turtle that lacks a hard shell: there are no large external keratinous scutes and the underlying bony shell is composed of a mosaic of hundreds of tiny bones. Adults are capable of tolerating water temperatures well below tropical and subtropical conditions, and special physiological adaptations allow them to maintain body temperature above cool water temperatures.  In subtemperate areas they can maintain internal body temperature up to 17 degrees above ambient water temperature.

The leatherback's beak is unique in having a conspicuous cusp on either side of the upper jaw.  They specialise on soft bodied invertebrates found in the water column, particularly jelly fish and other sorts of “jellies.”

The leatherback is the most wide ranging marine turtle species.  Animals regularly migrate enormous distances, crossing ocean basins, or even moving between ocean basins, such as between the Indian and south Atlantic Oceans. They are commonly found in pelagic areas, but they also forage in coastal waters in certain areas.  The distribution and developmental habitats of juvenile leatherbacks are poorly understood. While the leatherback is not as common in the Indian Ocean as other species, important nesting populations are found in and around the Indian Ocean, including in Indonesia, South Africa, Sri Lanka and India’s Andaman and Nicobar Islands.  The leatherback's markedly oceanic habits make it especially subject to interactions with modern high seas fisheries, particularly longlines.

For more information on the conservation status of leatherback turtles in and around the Indian Ocean, please consult the IOSEA Leatherback Species Assessment. 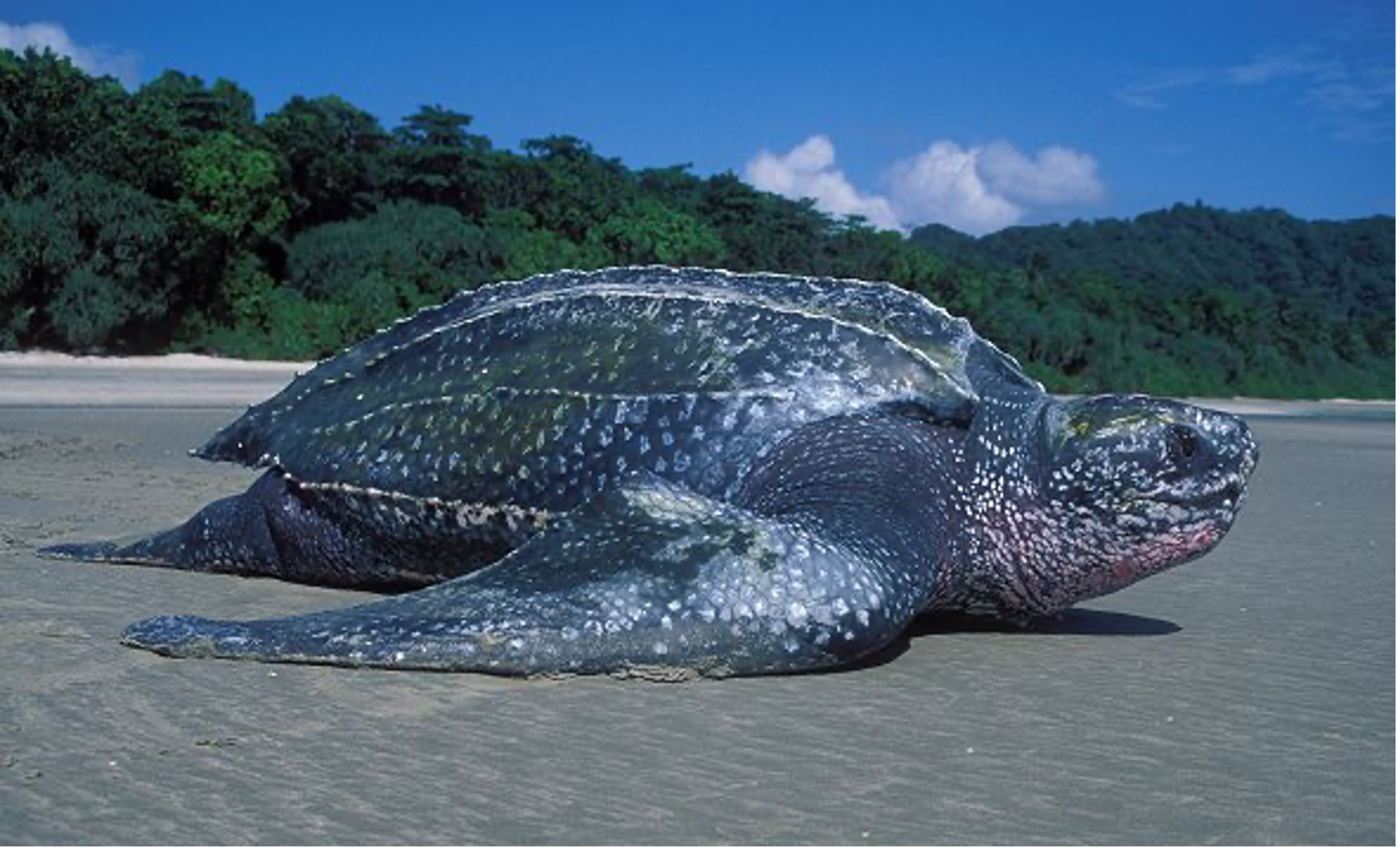 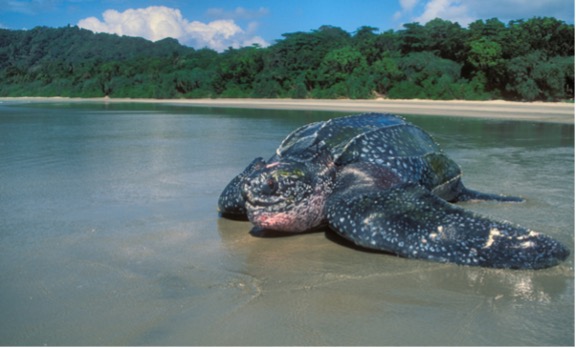