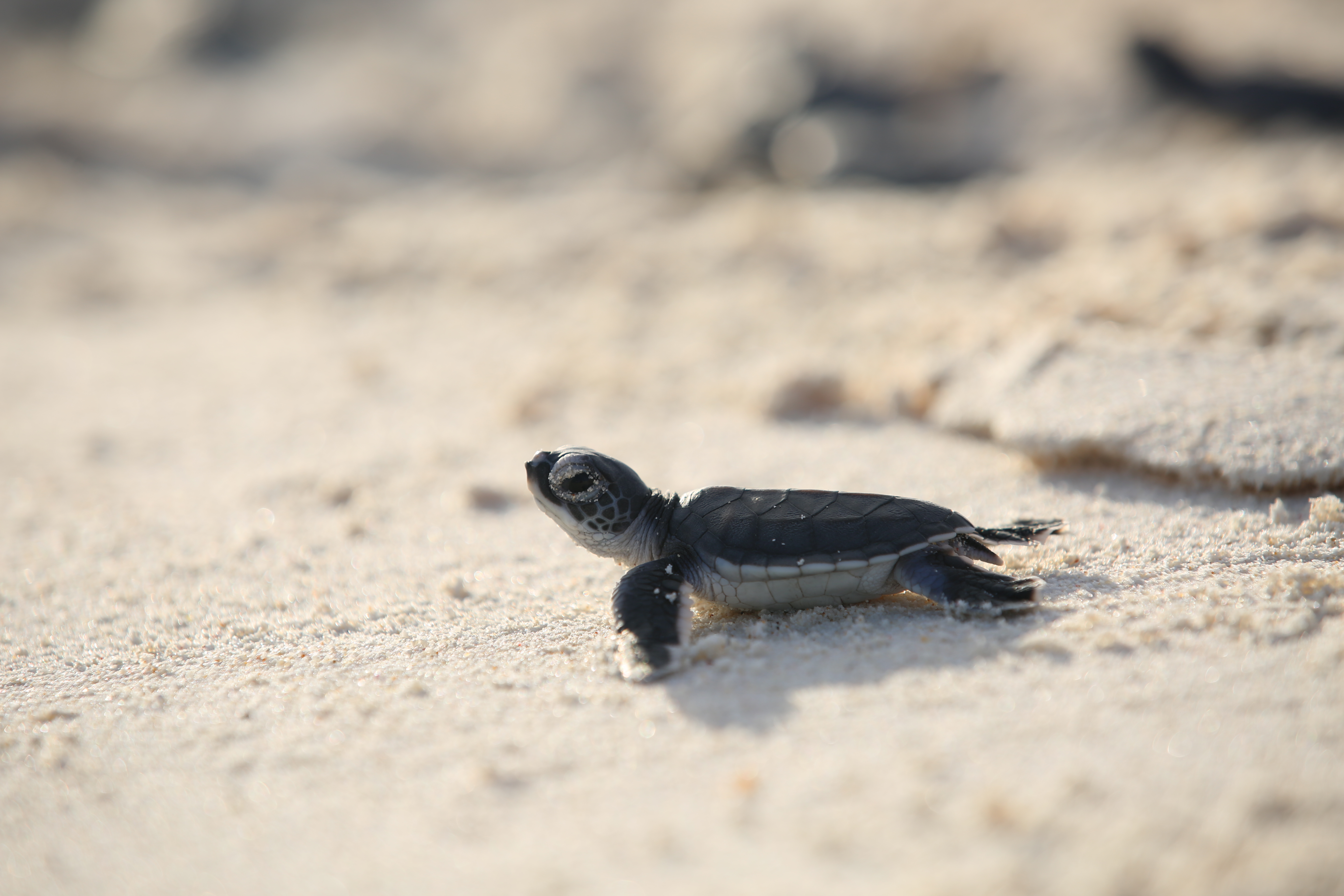 Cousine Island is a small granitic island (25.7 ha) within the Republic of Seychelles containing a singular beach on its eastern, windward side. It is situated five kilometres from the second most populated island in the Seychelles, Praslin, and only two kilometres from the neighbouring island of Cousin (a nature reserve managed by Nature Seychelles since 1998). Since the purchase of Cousine Island by the current owner in 1991, conservation activities to monitor the nesting hawksbill females on the beach have been implemented as well as efforts to improve hatching success rates and the number of hatchlings released to sea. This presents an astounding dataset regarding the nesting females and their breeding efforts on the island over the past three decades.

The recording of nesting hawksbill females has taken place on Cousine Island since 1993, with an increase in turtle patrols and data collection over the years. The island now boasts an intensive monitoring programme with hourly beach patrols and data capturing of all females and any tracks seen (whether they are nesting or merely undertaking an exploratory crawl). Along with the monitoring programme, nest management has taken place over the years aimed at maximising the number of hatchlings released into the ocean. The beach on Cousine Island is extremely dynamic as long-shore drifts carry large volumes of sand from one side of the beach to the other, depending on the prevailing wind direction (i.e. South-East Trade Winds and North-West Monsoon season). This leaves many of the nests laid on Cousine each season at risk of being washed away or eroded. Since 2003, the conservation team on Cousine has been monitoring the spring low and high tide marks. This information has been used to create a beach movement map, which helps the conservation team to determine if a nest that has been laid is ‘safe’ or needs to be relocated to an area where it will not be eroded.

Along with erosion, crab predation has been identified as a huge threat to hatchlings. Various methods to minimise predation on nests have been introduced over the years. In 2020, a study was implemented to record the population density of ghost crabs on the beach. This, along with the beach movement map, will help conservationists relocate nests to areas that are safe from being eroded, while also in areas of minimal crab predation.

The hawksbill turtle season in the Seychelles coincides with the north-west monsoon, starting in October and continuing until February or March. Cousine Island has recorded over 900 individual hawksbill females on the island since monitoring began during the 1993-1994 nesting season. It is incredible to know that this many females have been actively nesting over the last three decades. There is a general long-term trend of increasing nest and exploratory crawl numbers on the island (Figure 1), as well as a rising number of new turtles tagged each season (24 females have been successfully tagged to-date for the 2020-2021 season, compared to the 20 individuals tagged during the 2019-2020 season). These numbers continue to grow, proving the conservation efforts taking place within the Seychelles are having a positive impact on the hawksbill turtle population  With the efforts on improving hatchling emergence and hatching success, Cousine Island releases a large number of hatchlings into the ocean each season. During the 2019-2020, 19 089 eggs were recorded, with 14 865 hatchlings successfully released into the sea.

Green turtles nest sporadically on Cousine Island every second season or so. Over the past 20 years of monitoring, there have been fewer than 60 green turtle nests recorded on the island. However, the monitoring efforts remain as intensive. During the 2020-21 season, one female laid three nests on Cousine. During this time, night patrols were undertaken to encounter the female as well as to act as a poaching deterrent. Interestingly, the female was tagged on North Island two months prior coming to Cousine for the first time. This inter-island nesting is very surprising in one season considering the distance between North Island and Cousine is just over 40 kilometres! 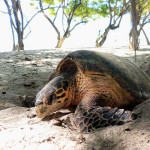