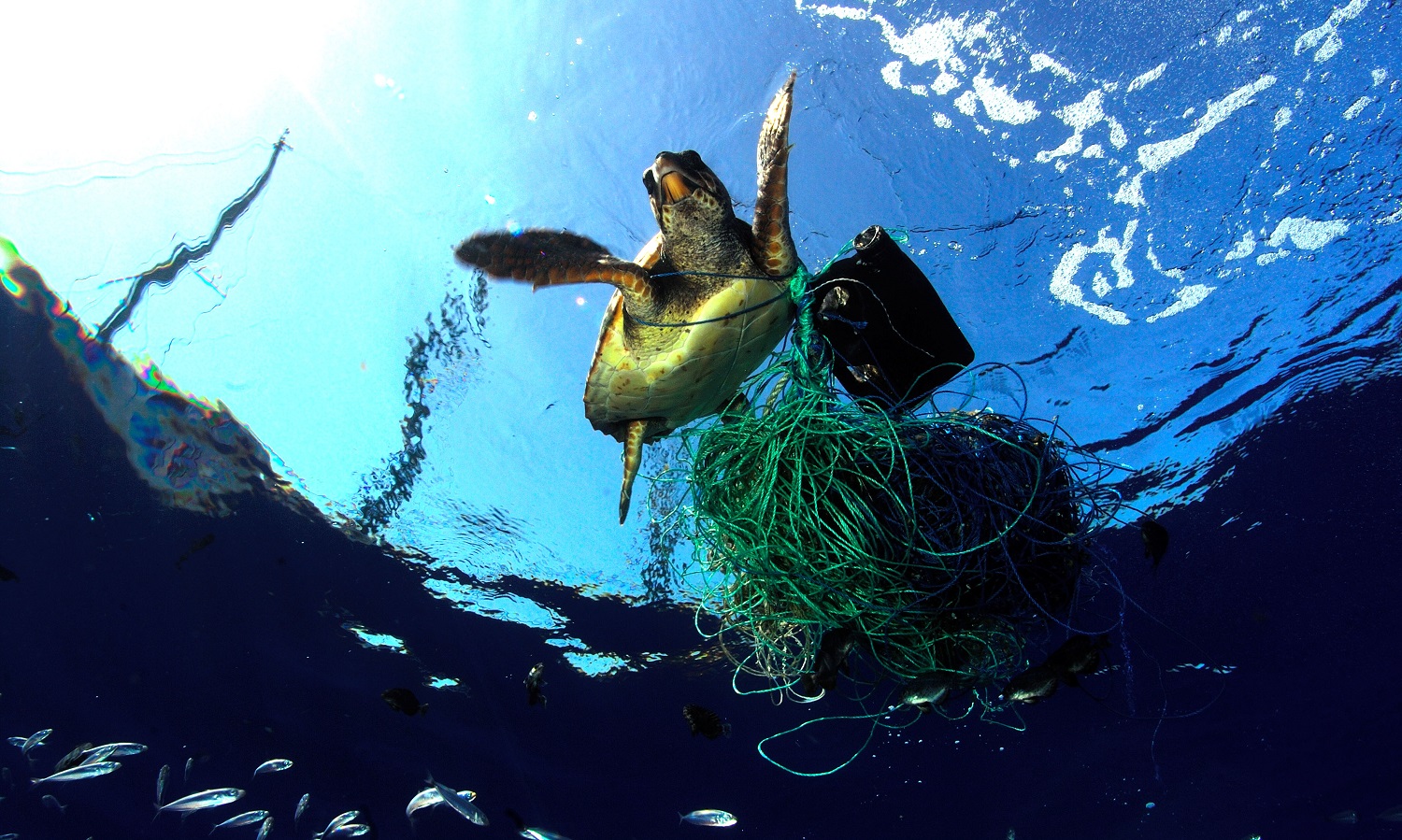 This is the third issue of a new online series on the biggest threats to sea turtles by State of the World's Sea Turtles (SWOT). This issue has been written by Nathan Robinson (Fundación Oceanogràfic / Wild Blue Science) & Bryan Wallace (Ecolibrium Inc. / Duke University).

Amidst this global pandemic, many of you might have wondered whether sea turtles can catch COVID-19? While we cannot answer that question, we can point you in the direction of some great material from SWOT Reports on the impacts on sea turtles from pollution and pathogens!

The effects of marine pollution on sea turtles are disturbingly ubiquitous. Several studies have suggested that almost all adult sea turtles will ingest plastic during their lifetime, while countless other turtles will become entangled in discarded fishing gear. These stories have gained considerable attention from the media in recent years, with sea turtles becoming the ‘poster child’ for the fight against plastic pollution. Yet it is important to remember that if we focus exclusively on marine plastics, we will underestimate the true extent of the pollution problem.

Chemical pollutants are just as widespread as marine plastic and we are only beginning to fully understand how they affect marine life. Thousands of oil spills have been documented in sea turtle habitats over the past half a century, yet only in a tiny number of those incidents have the effects on sea turtles been reported. Even in areas far away from any known oil spills, heavy metals, including arsenic and mercury, have been recorded in sea turtles at concentrations far exceeding natural levels. In turn, these pollutants can be passed onto these turtles’ offspring and even to humans or other animals that may eat these eggs.

Exposure to ocean chemical pollutants has been linked to several physiological abnormalities, such as weakened immune responses. It has even been connected to the proliferation of previously benign diseases. For example, studies have suggested a link between chemical pollutants and the rapid proliferation of fibropapilloma in green turtles, both of which have advanced over the past half century.

Tackling the issue of marine pollution requires global efforts. Fortunately, there is growing media coverage on ocean pollution and the dangers it poses to marine life. Sad as they may be, images of turtles smothered in oil after the Deepwater Horizon Oil Spill, of plastic objects being removed from turtles’ nostrils, and of turtles entangled in ghost-nets have generated unprecedented public outcry and support for initiatives to tackle this problem.

To learn more about this important issue, we invite you to take a tour through some of SWOT Report’s Greatest Hits on Pollution and Pathogens.