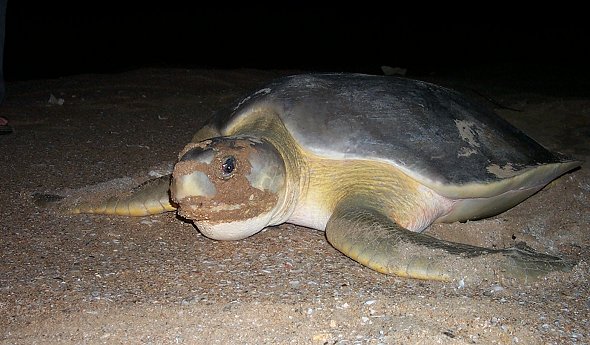 Flatbacks have the smallest migratory range of any marine turtle species, though they do make long reproductive migrations of up to 1300 km. This restricted range means that the flatback is vulnerable to habitat loss, especially breeding sites. Flatbacks are caught as 'bycatch' in commercial fishing operations, getting tangled in discarded ('ghost') fishing nets and ingestion of marine debris.