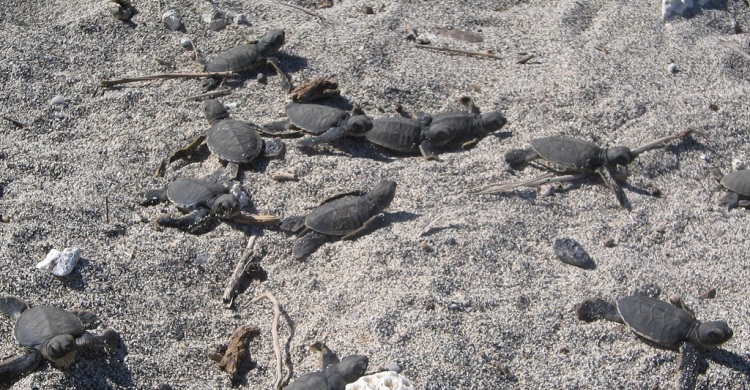 Established in 2007, the Western Indian Ocean Marine Turtle Task Force (MTTF) serves to develop a well-coordinated network of interested stakeholders, delivering a comprehensive programme of necessary interventions, and providing an inclusive forum for regular review of implementation progress under the Indian Ocean South-East Asian Marine Turtle Memorandum of Understanding. The 7th Meeting of the Task Force took place on 2 November 2017 in Dar es Salaam, as a Special Session of the WIOMSA Scientific Symposium.

The morning session was an open session to share information on current sea turtle research, conservation and management initiatives in the WIO region.

The opening presentation was given by the Secretariat of the UNEP/CMS Indian Ocean South East Asia (IOSEA) Marine Turtle Memorandum of Understanding and provided an overview of the establishment of the MOU, its objectives, and the roles of Signatory States, the Advisory Committee and the Secretariat.  The Conservation and Management Plan (CMP) was explained including its six key objectives:  research and monitoring; awareness and participation; reducing sea turtle mortality; protecting habitats; promoting national, regional and international cooperation; and facilitating implementation of the CMP through comprehensive species assessments, online tools and databases, and a national reporting system to evaluate the level of implementation in each Signatory State.

Country presentations were given by Comoros, France, Kenya, Mozambique, South Africa and Tanzania.  Egg poaching was highlighted as a persistent threat in Moheli (Comoros) and Kenya.  Plastic pollution was also a cause for concern on nesting beaches in Kenya, Mayotte (France) and Tanzania while South Africa reported that hatchlings were consuming large amounts of micro-plastics.  Engagement of coastal communities in sea turtle monitoring and conservation efforts was a priority in all six countries, although Reunion (France) had also made use of drone technology and facial recognition software to monitor foraging populations.  South Africa highlighted their loggerhead monitoring programme which is one the longest running monitoring programmes globally as well as two new initiatives:  use of the ‘Community Voice Method’ to support integration of social and economic data in conservation planning, and the development of a Biodiversity Management Plan for sea turtles.

Following the presentations there was a plenary session which incorporated discussions on the importance of engaging in planning processes, particularly in view of the large infrastructure developments underway in the region which threaten nesting beaches e.g. ports, oil terminals and an LNG plant.  In this context, Marine Spatial Planning was highlighted as an important tool for informing planning decisions.  South Africa emphasised the importance of feeding sea turtle data into regional and global initiatives e.g. Ecologically or Biologically Sensitive Marine Areas (EBSAs) under the Convention on Biological Diversity.

In the afternoon the 7th Meeting of the Western Indian Ocean Marine Turtle Task Force (WIO MTTF) was held.  Members from Comoros, Kenya, France, South Africa and Tanzania, as well as the Secretariat of the IOSEA MOU, attended. A report of this meeting will become available shortly.