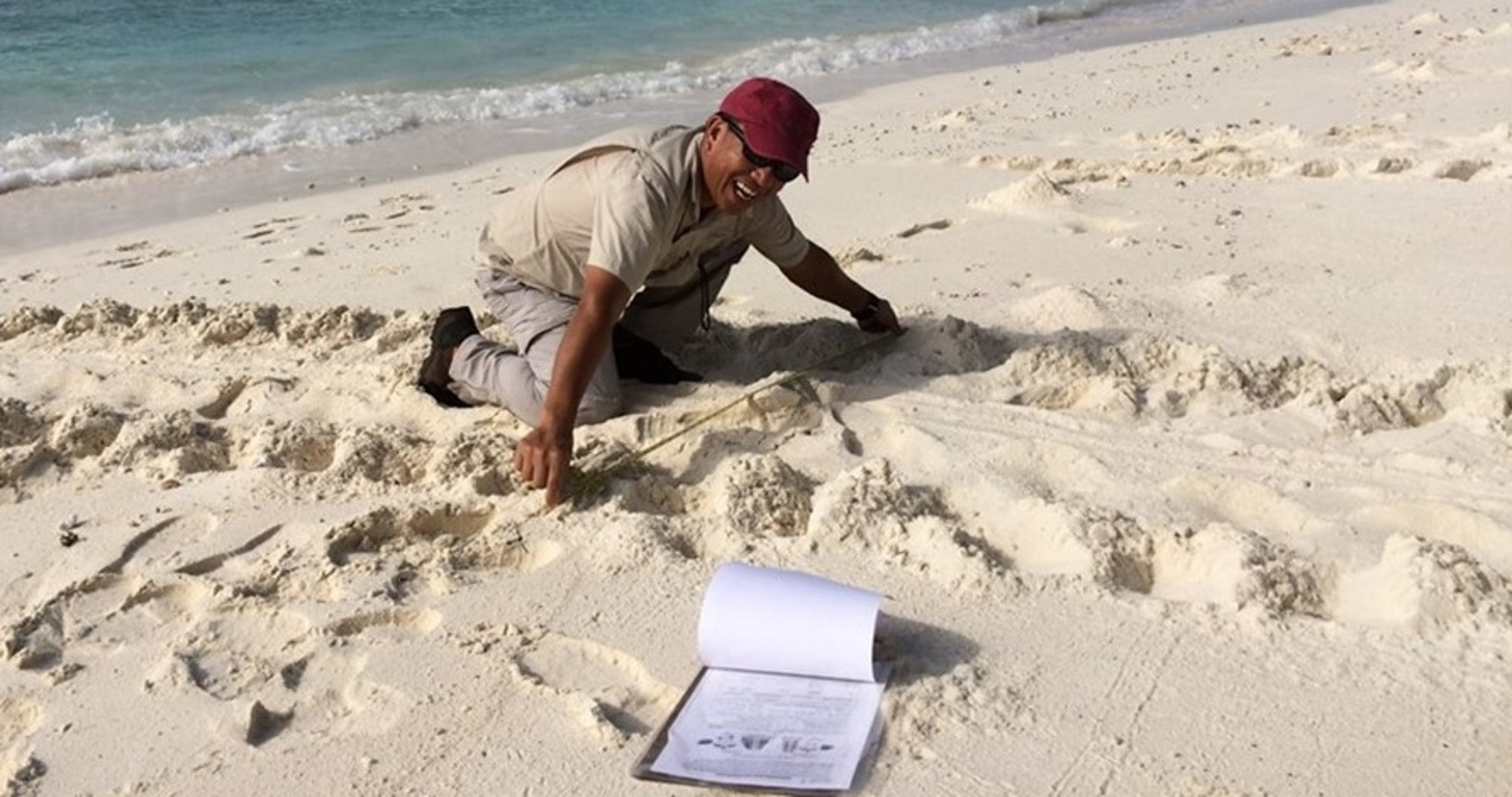 Population status of hawksbill and green turtles nesting in the Chagos Archipelago in British Indian Ocean Territory (BIOT) was reported in a recent study by Mortimer & Esteban et al. (2020). To assess seasonality and egg clutch production, standardised 2-weekly surveys of nesting tracks have been conducted on a representative 2.8 km ‘Index’ beach in Diego Garcia since 2006. Additionally, available nesting habitat and spatial distribution of nesting activity (nesting track and body pit counts) have been recorded along 90% (212 km) of the BIOT oceanic coastline during five expeditions between 1996-2016. At a regional scale, the contribution of Chagos Archipelago egg clutch production to the southwestern Indian Ocean (SWIO) region was estimated for each country using information available in the literature including 50 publications from SWIO countries (see citations in Mortimer and Esteban et al. 2020) and SWOT 12 (2017).

The Chagos Archipelago provides an estimated 132 km of suitable nesting habitat across 58 islands, most of which is found in two atolls (Diego Garcia and Peros Banhos) that accounted for 90% of hawksbill and 70% of green turtle nesting activities. Similar to other rookeries in the SWIO, hawksbills show a distinct seasonal peak (October-February). Green turtles nest year-round with around 50% of nests between June-October. Importantly, the nesting population size has increased to around 6300 hawksbill and 20,500 green turtle clutches laid annually (2011-2018) with an increase in abundance by 2-5 times for hawksbills and 4-9 times for green turtles since 1996. Satellite tracking has shown that green turtles that nest in the Chagos Archipelago migrate to foraging grounds across the SWIO (Hays et al. 2020), i.e., the Chagos Archipelago provides a nesting sanctuary for green turtles from across the region.