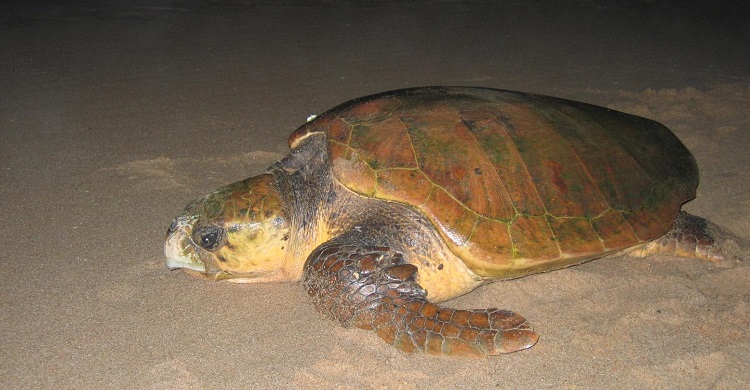 Turtle experts and government officials from Bangladesh, India, the Maldives, Pakistan and Sri Lanka participated in the meeting, supported by a number of other regional experts and representatives of NGOs.

Issues discussed during the meeting included the state of turtle nesting beaches which have been badly affected by marine debris and development activities, as well as bycatch in fisheries and ghost nets.

An outcome of the meeting is a regional work plan. The task force suggested that the best practices from other countries should be adopted by NIO States and recommended that awareness campaigns should be conducted to discourage the use of plastic.  States also committed themselves to enforcement of existing legislation to reduce turtle mortality and to undertake collaborative research initiatives, including satellite and flipper tagging and genetic studies. Promoting sustainable livelihood among local communities for their effective engagement in turtle conservation activities was also agreed.

Heidrun Frisch-Nwakanma, IOSEA Marine Turtle MOU Coordinator, highlighted the purpose of MOU, which 35 countries had signed, was to work together for conservation and management of marine turtles and their habitats.

“A key role of the MTTF is to strengthen regional cooperation and capacity-building among the Signatories. Meetings such as this one allow the exchange of scientific data and experiences,”
Ms Frisch-Nwakanma.

She also highlighted the Network of Sites of Importance for Marine Turtles in the Indian Ocean - South-East Asia Region and encouraged the Task Force to start thinking about sites that could be nominated.

One of the governmental representatives at the meeting, Samar Hussain Khan, Deputy Director Ministry of Climate Change, Government of Pakistan said “Awareness raising and effective community engagement have been the key components of conservation programme in Pakistan. Export and domestic consumption of turtles is strictly prohibited under different laws in Pakistan and in this regard government has declared some of the important nesting sites as Rasmar sites such as Astola Island and Jiwani Coastal Wetlands’.

To review the progress of the Task Force, it was decided that the next meeting will be held in 2019, possibly in Bangladesh.

The report of the meeting will in due course be published on the meeting page on this website.