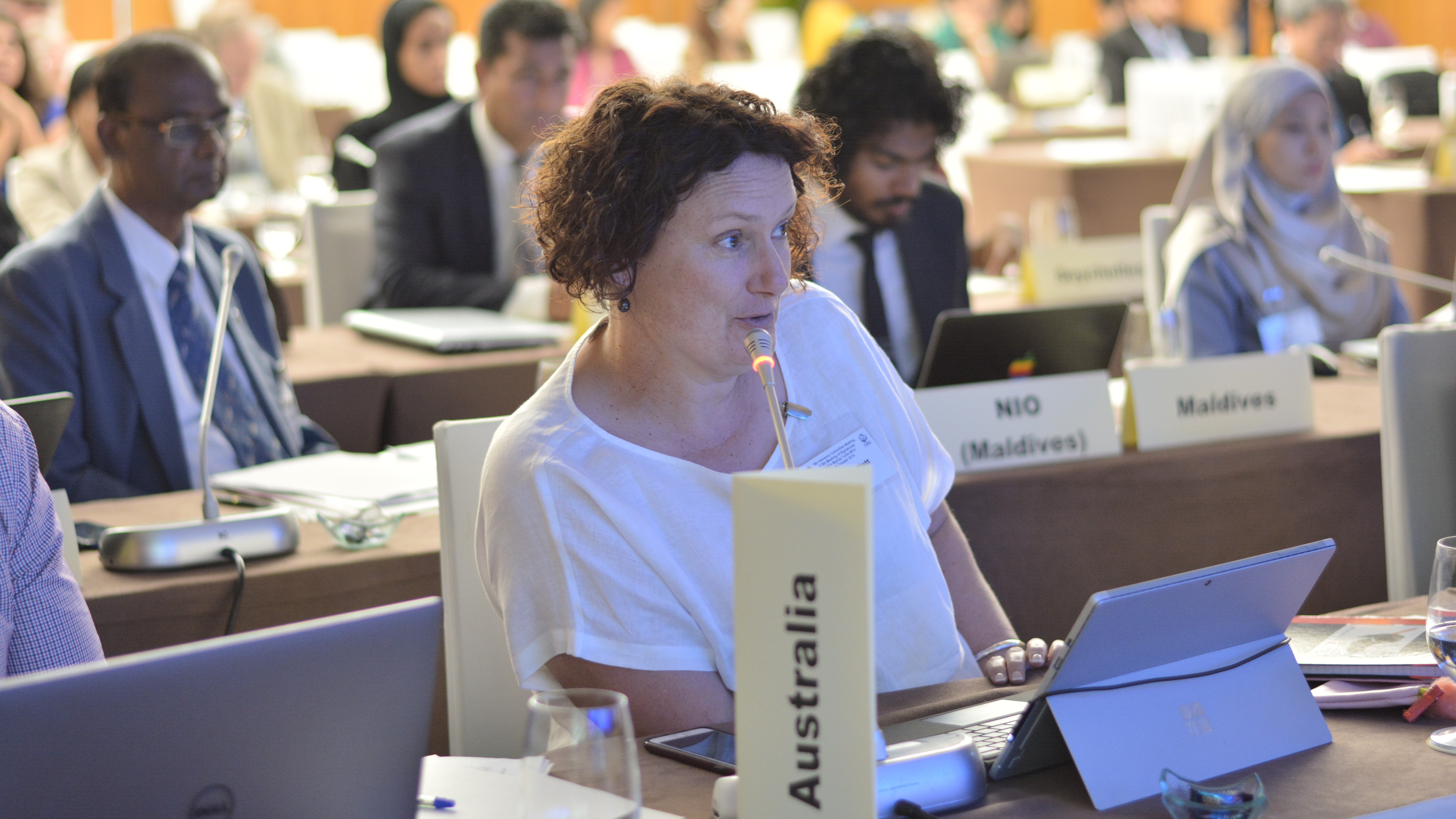 Despite graduating as an economist, Fiona was passionate about all creatures (both native and domesticated) and worked consistently with the Australian Government’s Environment Department since 2010. Prior to that, Fiona had worked for a number of years in the Agriculture portfolio. It was during this time that Fiona served as an Agriculture Counsellor, based at the Australian Embassy in Rome. She represented Australia at numerous international meetings.

Fiona dedicated much of her career to migratory species, and will leave a lasting legacy through many statutory documents like recovery plans for marine turtles and blue whales (to name just a few), and other innovative policies including national light pollution guidelines and a cetacean vessel strike strategy. She was a champion for many species, particularly cetaceans, turtles, dugongs and more recently, migratory birds. Fiona brought great energy to her work, and seemingly endless laughter and smiles.

Fiona took on the role of Focal Point for the IOSEA Marine Turtle MOU for Australia in 2012. She was always active and responsive and her candid contributions at meetings were a great help in moving discussions forward.

In Memoriam: Fiona Bartlett
New Chair and Vice-Chair of the CMS Scientific Council and its Sessional Committee
Work Programme