Malaysia gears up to protect marine turtles - and other migratory species 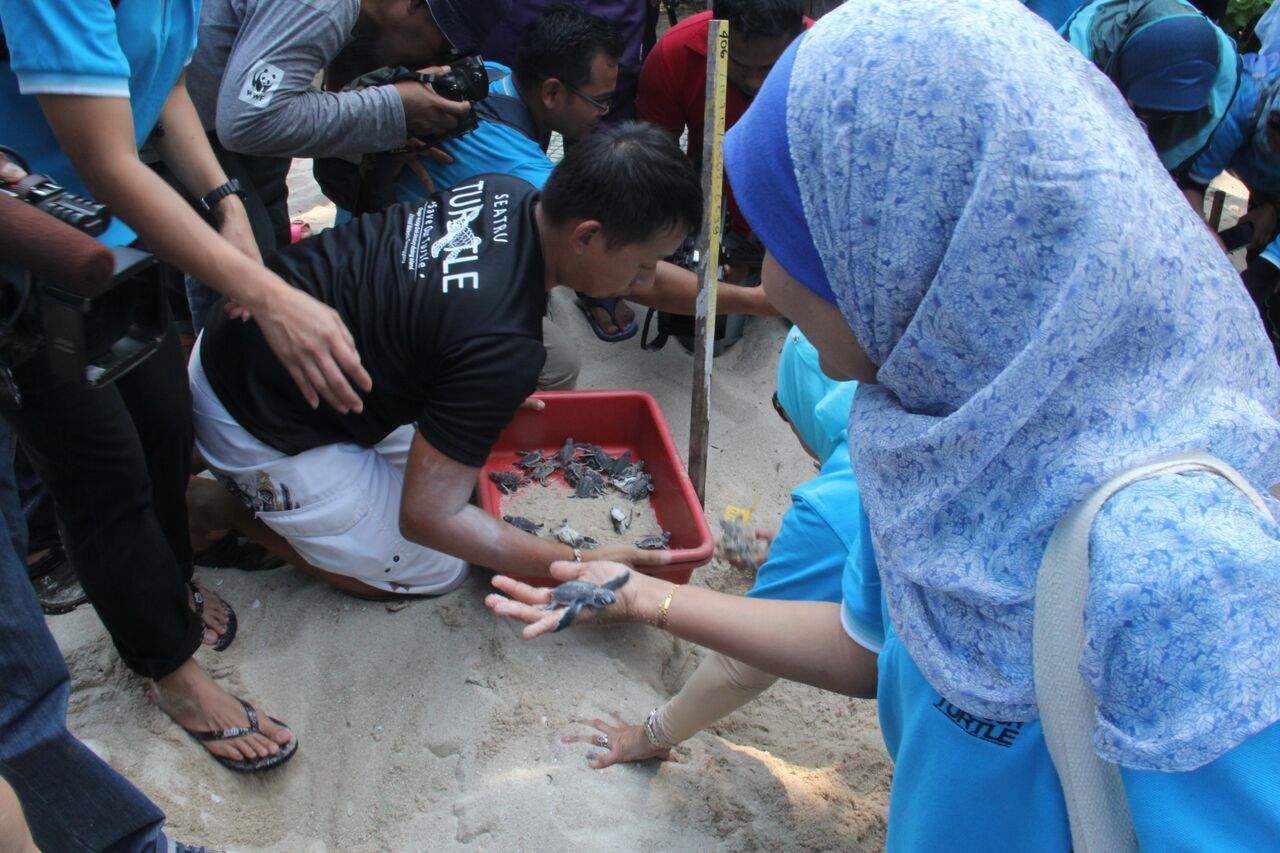 Bonn, 9 September 2015 - Efforts to conserve migratory species – and marine turtles in particular – in Malaysia seem likely to step up a gear if recommendations made at a seminar and workshop held at the Institute of Oceanography and Environment of the University Malaysia Terengganu are accepted.

Malaysia's biodiversity is among the richest on Earth, a natural capital asset which is critical to the wellbeing and sustained development of the nation. In particular, the country is home to four out of the seven species of marine turtle, all of which are facing growing threats globally with iconic leather-back turtle in imminent danger of local extinction.

The recommendations of the Marine Turtle Conservation Seminar and Workshop, held from 1-3 September include: reviewing Malaysia’s current National Plan of Action (NPOA) on Marine Turtles and update the document for the year 2016-2020; reactivating the Malaysian Sea Turtle Working Group with multi-stakeholder membership and clear Terms of Reference; implementing a nationwide ban on the selling of marine turtle eggs; establishing a dedicated multi-stakeholder task force to re-examine the legal framework on turtle conservation in Malaysia; and taking immediate action to start the process for Malaysia to accede to the Convention on Migratory Species.

“I am very grateful to have had the opportunity to address so distinguished and diverse a group of stakeholders and am heartened by the positive signals I have heard regarding the possible accession of Malaysia to the Convention.  Malaysia’s membership would be a tremendous boost to CMS in South-East Asia ”, said Bradnee Chambers, Executive Secretary, who attended the seminar along with 60 national and local officials, scientists and conservationists from all over Malaysia.

After the Terengganu seminar, Mr Chambers went on to Phnom Penh, where he met Government officials to discuss the possibility of Cambodia acceding to CMS.  He held fruitful meetings with the Environment Ministry’s senior policy advisor and the Head of the National Commission for Sustainable Development, who both saw the potential benefits for Cambodia in joining the Convention.

While neither Cambodia nor Malaysia is Party to CMS, both have signed the Memorandum of Understanding on the Conservation and Management of Marine Turtles and their Habitats of the Indian Ocean and South-East Asia.

These videos show work being carried out at Chagar Hutang Beach, on Redang Island in Malaysia as part of a long-term conservation programme for marine turtles.