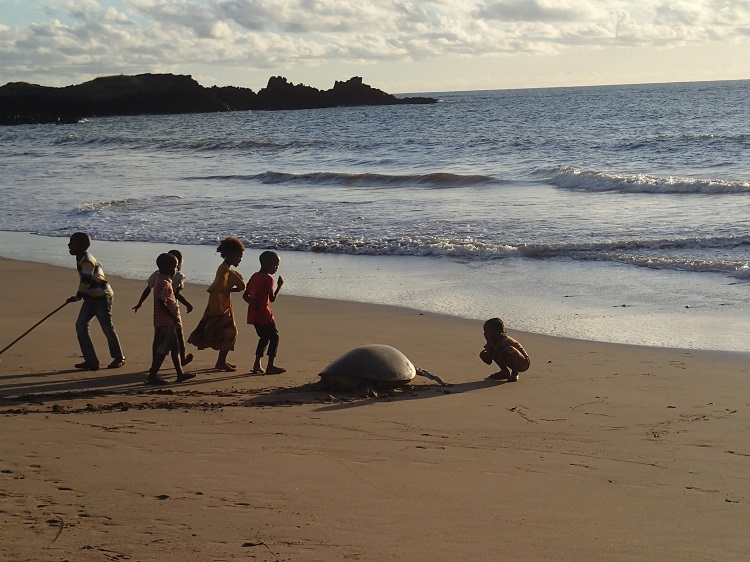 Bonn, 7 March 2019 - the global ban on the international trade of marine turtles and their products under Appendix I of the Convention on International Trade in Endangered Species (CITES) has been in force since 1985, Despite this, illegal cross-border trade is thriving.

While it is notoriously difficult to quantify the precise scale of this trade due to underreporting and the underground nature of the activities, recent trends in marine turtle seizures suggest that it remains widespread. A draft version of a new report by CITES, prepared in cooperation with the Convention on Migratory Species (CMS)(final report to be submitted to CITES COP18 in May) analyzing illegal marine turtle trade, revealed that between 2000 and 2016, a total of 1,453 seizures of marine turtle specimens occurred globally. The IOSEA Secretariat additionally reviewed recent seizure reports in the English-speaking mediaover the 2017-2018 period. The analysis shows that authorities have continued to intercept massive hauls of marine turtles including in China, the Philippines, Paris and Mexico, with the highest number of these seizures reported at the Chinese borders.

Marine turtles are slow to reach maturity and, with only around one egg out of 1,000 surviving into adulthood, they are particularly vulnerable to overexploitation.  Already threatened by fisheries bycatch, coastal development, habitat loss, pollution and climate change, all seven species of marine turtles are listed on the International Union for the Conservation of Nature (IUCN) Red List of threatened species as vulnerable or endangered, with the Hawksbill and some subspecies of Leatherback Turtles classified as critically endangered.

Signatories to IOSEA Marine Turtle MOU agreed to prohibit direct take of marine turtles, whilst allowing exceptions for traditional harvest by communities, provided that it is sustainable (IOSEA Marine Turtle MOU Conservation and Management Plan, Programme 1.5).  However, turtle products continue to be consumed and traded illegally both domestically and internationally. In some cultures, souvenirs made of marine turtles are believed to bring good luck, while in others turtle egg consumption is falsely promoted as having exceptional health benefits. In these cases, activities to raise awareness of locals and tourists need to continue to inform people and to reduce demand for these products.

International illegal trade is particularly problematic in South-east Asia’s ‘Coral Triangle’ region, in the resource-rich waters of Indonesia, Malaysia and the Philippines. With a lucrative black market for turtle products, China is a key driver of this demand, despite the ongoing efforts of Chinese police. Business Insider reported last month of a police crackdown on the illegal trade in China in a seizure of marine turtle products, including pens, glasses and bracelets, with a combined street value of around US$144,000 and the arrest of 19 suspects. A recent WildAid Sea Turtle Reporthas revealed that the tourism sector is a smaller, yet significant source of marine turtle products entering China and other countries.  Although limited information is available for some parts of the Indian Ocean, active black markets and commercial activities have also been reported in Southeast Africa. The illegal take of marine turtles in this region is thought to be mostly destined for domestic markets.  In some countries, illegal turtle meat serves as a cheaper alternative to livestock and even fish meat. In addition to traditional uses, poverty, unemployment and limited sources of income are major drivers of illegal take and trade.

Poachers or traffickers of marine turtles can face jail sentences and fines, with increasingly tough penalties handed down in recent years. In June 2018, a Vietnamese national convicted for illegal trade in marine turtles after the discovery of 7,000 fully or partially taxidermied Hawksbill Turtles to be sold abroad back in 2014, was sentenced to 4½  years in prison, one of the toughest imposed under the country’s wildlife laws for some time. Although this conviction represents significant progress in enforcing the law to combat wildlife crime, there is still considerable room for improvement in some countries, where existing fines are an inadequate deterrent to illegal activity and where a lack of harmonization of legislation across states/provinces induces illegal domestic trade.

When it comes to wildlife, law enforcement remains challenging for several reasons. Poor rates of detection of poaching, insufficient capacity of enforcement personnel, insufficient funding and corruption often result in failure to prosecute. As recognized by the IUCN, CITES, CMS and IOSEA Marine Turtles MOU, an effective approach to improve law enforcement is to involve local communities, creating incentives for them to protect endangered species and their habitats. The Independent reported one such success story on the Indonesian island of Bali, a former hotspot for the direct exploitation of marine turtles, where locals and foreign tourists are now working to protect turtle eggs from smugglers and other threats. In the community-based programme, volunteers take part in monitoring beach nesting sites and in 2017 alone, eggs from 761 nests were rescued and taken to the safety of a local hatchery and some 70,000 hatchlings released into the ocean.

Across the Comoros archipelago in the Indian Ocean, where globally-important nesting sites for green sea turtles are found, NGOs, international organizations and governments are also involving local communities in co-managed marine turtle conservation initiatives. On the island of Mayotte, supported by the Centre for the Study and Discovery of Sea Turtles (CEDTM) and through the efforts of the Association for the Socioeconomic Development of Itsamia (ADSEI) on Moheli island, these projects pursue an integrated approach to marine turtle management that reconciles both conservation needs and the needs of local communities through providing income from ecotourism and setting up public programmes for environmental education and awareness. 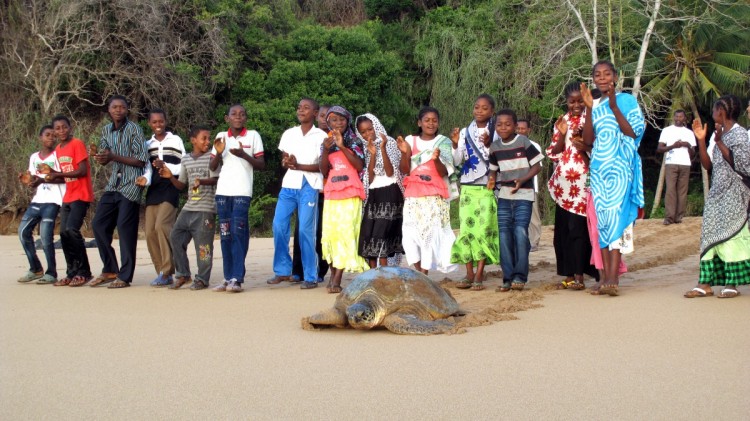 Community-based conservation and management of marine turtles should become more widespread in the IOSEA region. While public perceptions are slowly changing, further exploration into sustainable alternate livelihoods is needed to overcome the socio-economic drivers of illegal take. With the growth of organized trafficking threatening to outstrip individual country’s capacity to combat the crisis, cooperation between neighboring countries become increasingly important. The efforts of the IOSEA Marine Turtle MOU to facilitate information sharing, networking and cooperation between governments, NGOs, relevant bodies such as CITES and the Ramsar Convention and other intergovernmental organizations and networks, including INTERPOL, the ASEAN-Wildlife Enforcement Network, and the International Consortium on Combating Wildlife Crime, can optimize synergies and resources into the future.

More information on the role of local communities in combatting illegal trade can be found here: