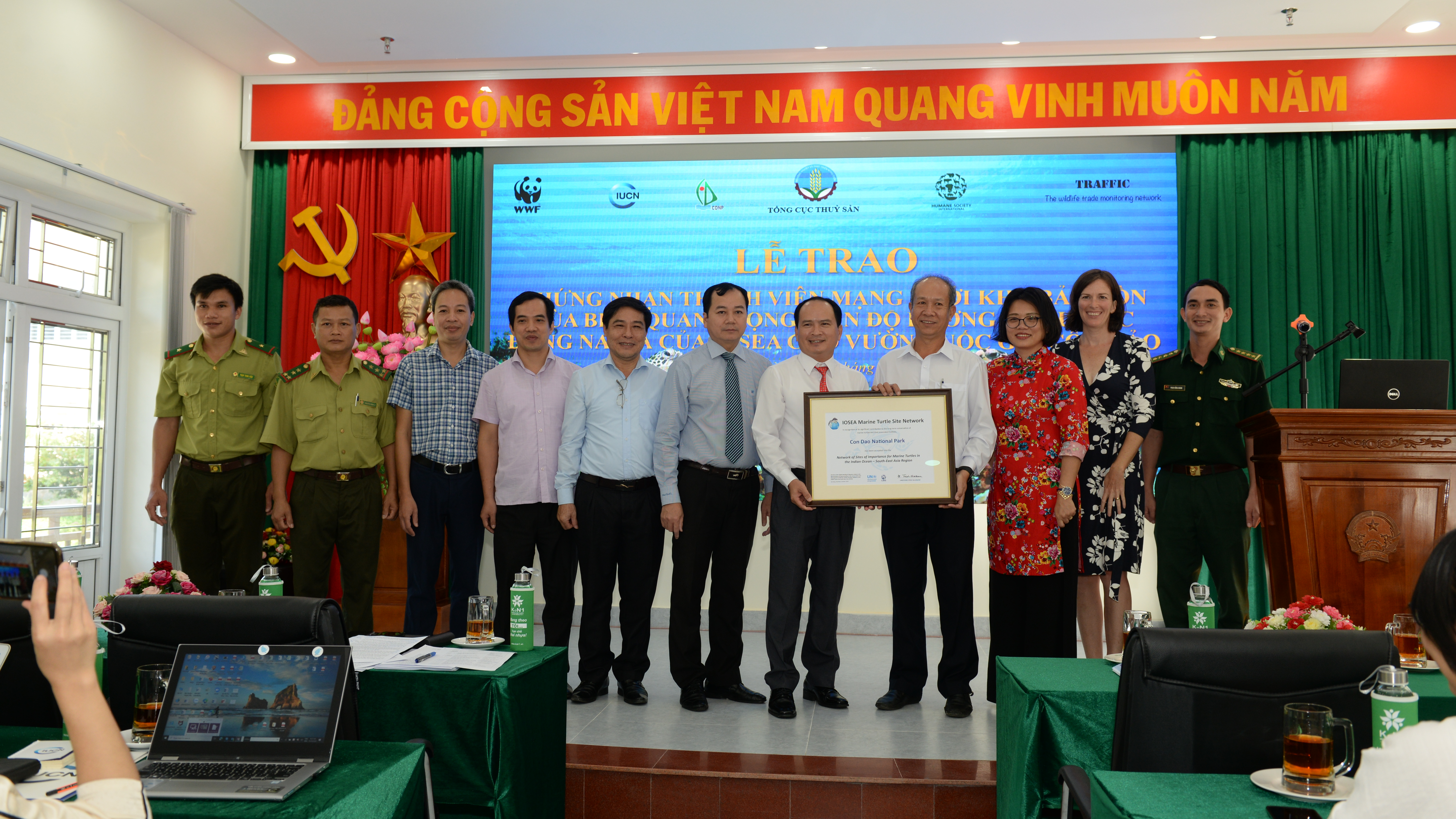 On 13 November 2020, the Directorate of Fisheries (DFISH) under the Ministry of Agriculture and Rural Development (MARD) of the Socialist Republic of Viet Nam convened a ceremony to recognize Con Dao National Park as the 11th Site of the Network of Sites of Importance for Marine Turtles in the Indian Ocean - South-East Asia Region.  Con Dao National Park was accepted as a Site following the decision of the 8th Meeting of Signatory States to IOSEA in October last year in Da Nang, Viet Nam. Con Dao National Park offers important nesting beaches, as well as feeding habitats for Green Turtles (Chelonia mydas) and Hawksbill Turtles (Eretmochelys imbricata).

Ms Heidrun Frisch-Nwakanma, Coordinator of the IOSEA Marine Turtle MOU, over a video message, congratulated Con Dao National Park and the Vietnamese Government. It is hoped that as a part of a Network, the designation will help to enhance the protection of the marine turtle habitats and bring greater attention to the conservation status and needs of the Site, and allow Site managers throughout the IOSEA sub-regions to improve coordination of their individual efforts. Ms Frisch-Nwakanma also hoped that Con Dao would continue to be a good home for turtles, and would be successful in addressing the challenges to the conservation of marine turtles and their important nesting and foraging habitats in the south of Viet Nam.

Dr. Tran Dinh Luan, DFISH Director-General, on behalf of MARD, expressed his appreciation to UNEP and IOSEA Signatory States for agreeing to the designation of Con Dao National Park and for the international recognition of Viet Nam’s efforts over last decades in the area of marine turtle conservation. He also stated that Con Dao National Park is still facing challenges and pressures of economic development relating to conservation, tourism, pollution, particularly plastic waste, livelihoods of communities living in and around the Park. Con Dao National Park should continue to be the best shelter for marine turtles in Viet Nam.

Following the ceremony, the National Conference on Marine Turtle Conservation was convened to review the 5-year implementation of National Plan of Action for Marine Turtle Conservation of Viet Nam in the period 2016-2025. Marine turtle conservation issues and measures were addressed and discussed for the 2021-2025 phase as a part of the Vietnamese Government’s efforts to combat illegal, unreported and unregulated fishing in its waters. In the next five years, all foraging and nesting places of marine turtles should be identified and protected as part of marine protected areas or fishing closed area.