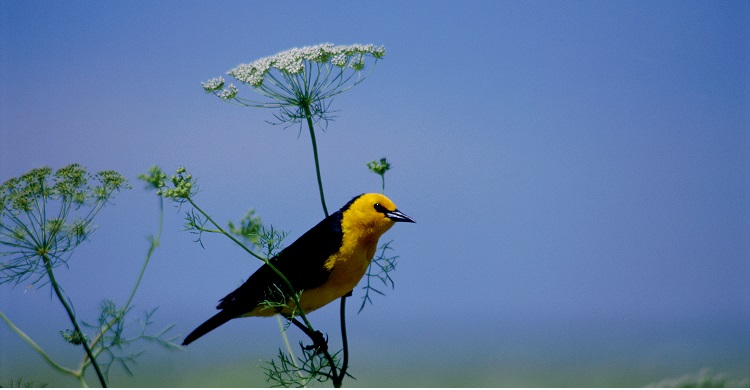 The Saffron-cowled Blackbird is protected by law in Brazil, Uruguay and Paraguay, and occurs in at least one protected area in Brazil, two in Uruguay, and two in Paraguay. There are several conservation actions proposed for this species under the auspices of the MoU on Southern South American Grassland Birds, to which the Saffron-cowled Blackbird is a species. These include surveys to assess range and numbers in Brazil, monitoring populations in Paraguay and Argentina, researching rates of nest failure due to trampling and brood-parasitism, developing an action plan considering the creation of a reserve network and awareness campaigns, protecting traditional colony sites, enforcing legislation on burning in Paraguay, legislating for and enforce restrictions on trade and Investigating the role of fire in the ecology of this species, with a view to making management recommendations.