Published: Legal Assessment of the implementation of CMS and the Gorilla Agreement in Cameroon and Nigeria for the Cross River Gorilla and the Nigerian-Cameroon Chimpanzee 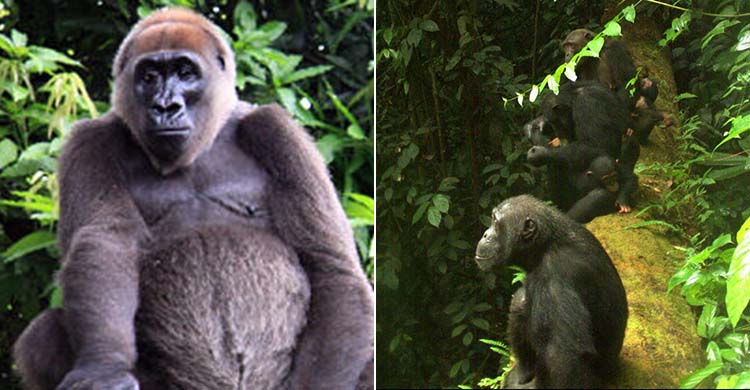 Bonn, 18 January 2022 - The CMS is pleased to present the legal study "Legal Assessment of the implementation of the Convention on Migratory Species and the Gorilla Agreement in Cameroon and Nigeria" for two listed species, the Cross River Gorilla (Gorilla gorilla diehli) and the Nigerian-Cameroon Chimpanzee (Pan troglodytes ellioti). This study was prepared by Legal Atlas and made possible through generous funding from the German Federal Ministry for the Environment, obtained via the Great Apes Survival Partnership (GRASP).

The study analysed more than 60 national laws and regulations of Cameroon and Nigeria to verify the implementation level of selected norms contained in the Convention text and the Gorilla Agreement.

The study concluded that among all the norms analysed, less than 15 per cent had been fully implemented, raising concerns on the adequacy of current laws and regulations. With only four norms fully implemented each, both Nigeria and Cameroon presented similar amounts of legal gaps, although gap areas did not always coincide. Some of the weakest areas of implementation in both countries were related to exceptions to the take of gorillas, insufficient criminal liability, and a lack of consideration of human-gorilla conflict in legal procedures of land-use planning.

In terms of positive examples, the study identified only one site at which full implementation of the norms had been achieved, namely the transboundary Takamanda-Okwangwo protected area complex. All other sites identified by the study as requiring formal legal protection in light of the adopted norms remain legally unprotected at this point.

In summary, the study concluded that addressing the identified legal gaps would require amending existing or creating new legislation in both jurisdictions.