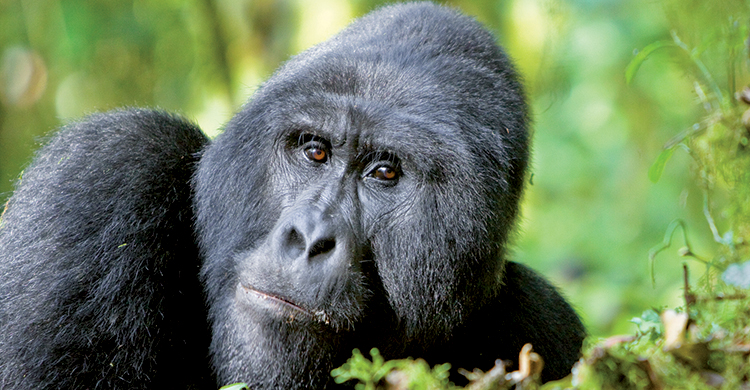 Bonn, 13 January 2021 - The Republic of Angola has joined the Agreement on the Conservation of Gorillas and Their Habitats, also known as the Gorilla Agreement. Angola is the eighth of ten Range States in which gorillas occur to become a Party to the Agreement, joining the Central African Republic, Congo (Brazzaville), the Democratic Republic of the Congo (Kinshasa), Gabon, Nigeria, Rwanda and Uganda. The accession of Angola to the Gorilla Agreement took effect on 1 January 2021.

The Gorilla Agreement, a legally binding instrument in force since 2008, was concluded under the Convention on the Conservation of Migratory Species (CMS). The objective of the Gorilla Agreement is that Parties take measures to conserve all populations of gorilla.

The main threats to gorillas are habitat degradation, hunting and poaching. Many gorilla populations are transboundary, and therefore much of the success of conservation efforts depends on transnational cooperation and coordination.

“In the face of climate change and the expansion of infrastructure development and extractive industries, CMS activities in Africa are becoming increasingly important for safeguarding migratory routes and interconnected habitats of wild animals,” says Amy Fraenkel, Executive Secretary of CMS. “The accession of Angola will greatly contribute to improving the coordinated and concerted actions to be taken by the Range State Parties throughout the transboundary range of the four gorilla subspecies,” she added.

Both species of gorilla are listed under CMS Appendix I. Therefore, all CMS Parties (which include all gorilla Range States) must prohibit the taking of gorillas and shall endeavour to conserve and restore habitats that are important for removing the gorilla from danger of extinction, and to prevent or remove adverse effects of activities or obstacles that seriously impede or prevent the animals’ migration.

Parties to the Gorilla Agreement have committed themselves to work closely with the Great Apes Survival Partnership (GRASP) and other organizations, such as the Convention on International Trade in Endangered Species of Wild Fauna and Flora (CITES) and the Primate Specialist Group of the Species Survival Commission of the International Union for Conservation of Nature (IUCN SSC).

Angola has been a Party to CMS since 2006. Angola is also a Party to the Agreement on the Conservation of African-Eurasian Migratory Waterbirds, and a Signatory to several other Memoranda of Understanding aimed at conserving migratory species such as Atlantic Turtles, Western African Aquatic Mammals, Migratory Birds of Prey in Africa and Eurasia, the Memorandum of Understanding on the Conservation of Migratory Sharks. As a Range State, Angola takes part in the African Carnivores Initiative.