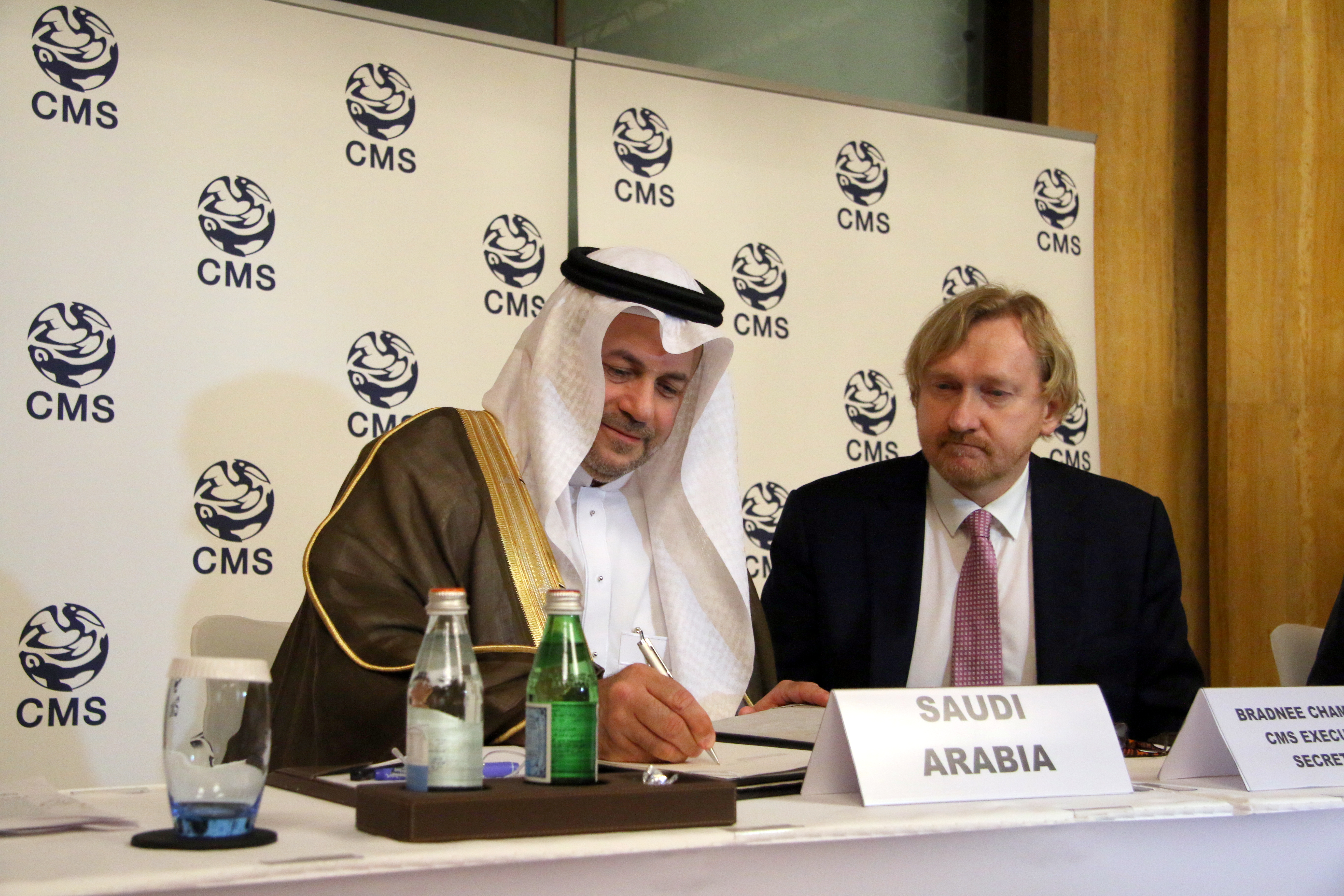 Abu Dhabi, 13 March 2017- The CMS Secretariat is pleased to welcome the Kingdom of Saudi Arabia the 42nd Signatory to the Memorandum of Understanding on the Conservation of Migratory Sharks (Sharks MOU). The Kingdom of Saudi Arabia, with its extensive coastlines is the seventh country in the region of the Red Sea and the Gulf to join the instrument and is a key partner for the conservation of sharks and rays in the Arabian world.

Several migratory shark and ray species, that are listed under the Sharks MOU would benefit from an enhanced multilateral coordination of conservation efforts foreseen by the instrument. The listed species that are present in the Kingdom’s waters are: Whale Sharks, Silky Sharks, Pelagic Threshers, Shortfin Makos, Reef Manta Rays, Bentfin Devil Rays and Pygmy Devil Rays.

"Although cartilaginous fish are not directly targeted by fishing in Saudi Arabia, The Law of Fishing, Investment and Preservation of Live Aquatic Resources within Territorial Waters of the Kingdom of Saudi Arabia, promulgated in 1988, provides far-reaching legal measures for the taking of sharks and rays," emphasizes Dr. Hany Tatwany, Vice President of the Saudi Wildlife Authority (SWA).

Many activities have been conducted in the region over the past years under the Sharks MOU, including several training workshops on the conservation of sharks and rays and capacity-building. Having the Kingdom auf Saudi Arabia on board is an enormous gain for the MOU, hopefully creating even more momentum in the region.

"The SWA is planning to conduct a training programme and survey of marine mammals, sharks and rays in national waters along the red Sea and Arabian Gulf as well before the end of 2017," Dr. Tatwany indicated further.