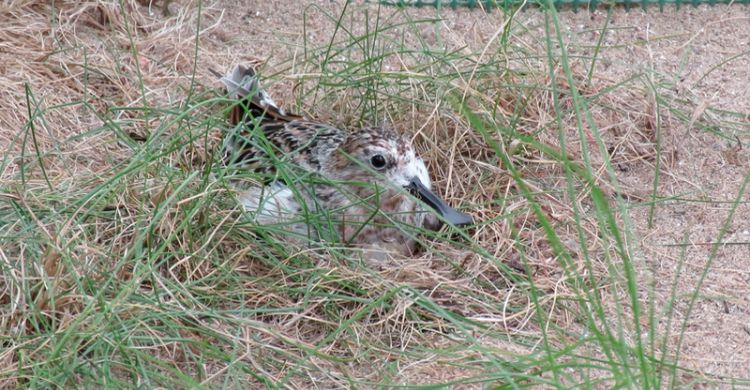 Bonn, 14 June 2016 – our colleagues at the Wildfowl and Wetlands Trust (WWT) in Slimbridge, UK have just announced some exciting news regarding their captive flock of the highly endangered Spoon-billed Sandpiper (Calidris pygmaea).  Two of the pairs have between them laid seven eggs, the first ever produced in captivity.

It remains to be seen whether the eggs are fertile, but the fact that the birds have even produced eggs is a major step forward for the captive flock.  Conservation efforts in the birds’ range in Asia are having some effect as the wild population is showing signs of recovery.

You can read more about the Spoon-billed Sandpipers at Slimbridge in the WWT press release issued yesterday.