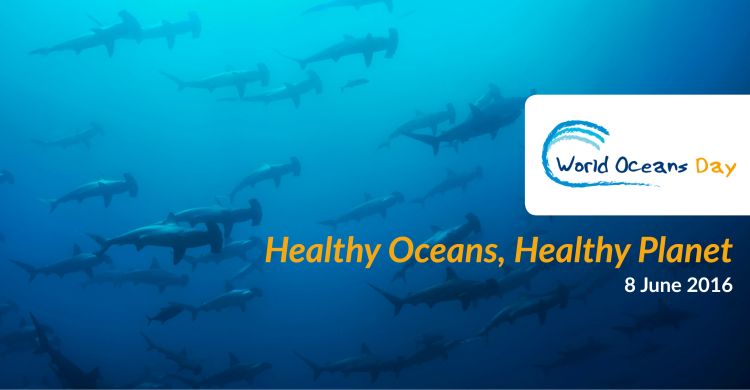 Bonn, 8 June 2016 - Ecuador is a land of contrasts with its continental territory divided between jungles in the Amazon, the mountains and volcanoes of the Andes and a coastal plain on the Pacific Ocean.  But also belonging to the country is the archipelago of the Galapagos Islands, home to an amazing range of endemic plants and animals.  These include various species of giant tortoises, aquatic iguanas and the finches, whose differently shaped beaks prompted Charles Darwin’s theory on the origin of species.

We are proud to have some of the most bio-diverse waters in the world off the shores of Ecuador. We have doubled the marine area under protection and, in the Galapagos, we have launched a new sanctuary to protect the world's greatest concentration of hammerhead sharks.
Dr Daniel Ortega Pacheco, Environment Minister of Ecuador

The waters surrounding the islands teem with life and in March this year, the Ecuadorian President, Rafael Correa, announced the establishment of a marine sanctuary hosting the world’s greatest concentration of sharks, including migratory hammerhead and whale sharks, together with a score of other smaller conservation areas around the archipelago.  In all 18,000 square miles, about the same area as Switzerland, will be protected; the sanctuary situated off the northern islands of Darwin and Wolf accounts for over 80 per cent of the newly designated areas.  The islands are a World Heritage Site and most of the land is designated as a National Park. Among the activities prohibited in the sanctuary will be fishing, mining and drilling for oil, but in the past pirate fishers have operated in the area targeting sharks to meet demand from the Asian market for their fins.  Over its life time a shark can help generate millions of dollars of tourism revenue; as opposed to the few hundred dollars that a fisherman will receive for a dead one. 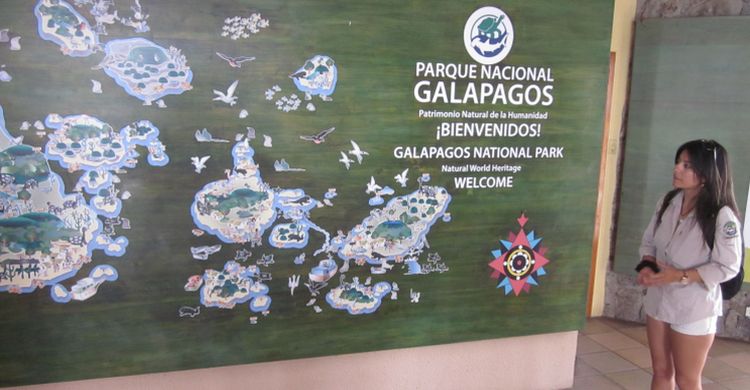 The Galapagos Islands are situated at the conjunction of a number of currents and upwellings and the nutrient-rich waters make the ecosystem particularly productive with the highest fish biomass concentrations on Earth.  The islands attract thousands of tourists a year and the permanent, resident population is also growing and efforts are being made to ensure that human presence is not detrimental to the local fauna and flora.

Disaster struck in 2001 after the tanker MV Jessica ran aground off Wreck Bay in 2001 spilling 600,000 litres of diesel and fuel oil.  Wolf volcano on Isabela Island erupted violently in 2015 but fortunately the lava did not flow in the direction of the iguanas and tortoises.

Ecuador acceded to CMS in 2004 becoming the 84th Contracting Party and hosted the 11th Conference of the Parties in 2014.  It has proposed the inclusion of several species on the CMS Appendices – the Semi-palmated Sandpiper (Calidris pusilla), the Canada Warbler (Cardellina canadensis), the Great Hammerhead and Scalloped Sharks (Sphyrna mokarran and S. lewini) and the Manta Ray (Manta birostris). Ecuador is also a Party to ACAP.