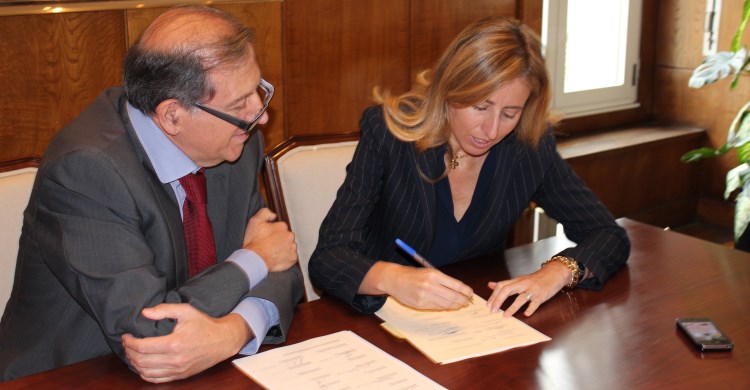 Abu Dhabi / Madrid, 4 May 2015 – Spain signed the CMS Memorandum of Understanding on the Conservation of Migratory Birds of Prey in Africa and Eurasia (Raptors MoU) today at a ceremony at the headquarters of the Ministry of Agriculture, Food and Environment in Madrid.  The General Director of Quality Environmental Assessment and Natural Environment, Ms Guillermina Yanguas, signed on behalf of the Ministry, which established Spain as the 52nd Signatory to the Raptors MoU.

“On behalf of the Coordinating Unit, I warmly welcome Spain as a member of the ever increasing coalition of countries that, by signing the Raptors MoU, have recognized the importance of conserving birds of prey as critical components of our ecosystems.  Spain hosts globally significant breeding and wintering populations of many migratory birds of prey, and is located on a major migratory flyway used by around half a million raptors during their annual journey from Europe to Africa and back.  Many Spanish ornithologists are involved at the forefront of raptor conservation efforts both in Europe and beyond.  Today’s signing by Spain will surely strengthen and enhance international efforts to conserve this awesome group of birds in the African-Eurasian region,” said Nick P. Williams, Head of the Coordinating Unit of the Raptors MoU.

The CMS Raptors MoU will enter into effect in Spain on 1 June 2015.