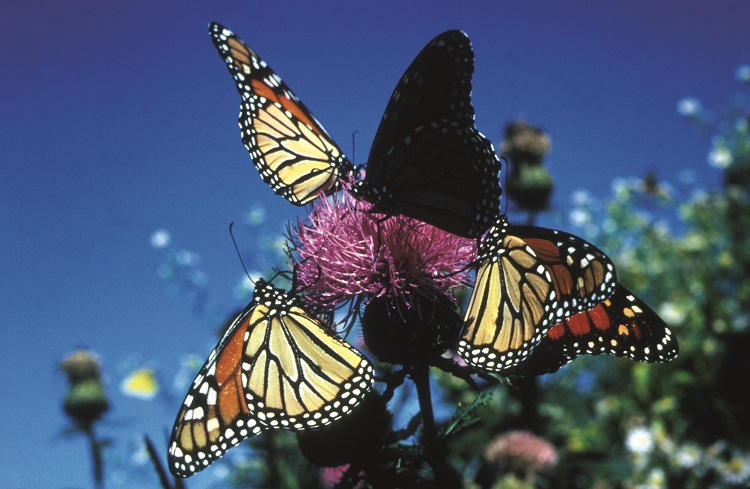 Governments must agree to cut carbon emissions in 2015 to help the monarch butterfly, polar bears and other species

If the world’s endangered species could choose where to migrate in 2015, the chances are Paris would be high on their mind.

For the French capital next year is where governments have pledged to ink a new universal agreement on climate change – one aimed at sparing the planet and its people from dangerous, unchecked global warming.

The agreement will come not a moment too soon for species like the monarch butterfly, the humpback whale, the polar bear, turtles and countless other species which for millennia have migrated across ancient routes spanning hundreds and thousands of miles.

Climate change, linked with the burning of fossil fuels, is already impacting many animals and plants and in myriads of ways. These could spell decline and even extinction for some without an urgent transition of our economies and our lifestyles towards a low carbon economy.

As we mark the first UN World Wildlife Day today, polar bears in the Arctic are already challenged by several years of thawing, melting and thinning ice that is making it harder and harder for some to hunt and find food.

So scientists are seeing the feminizing of the of marine turtle populations which will have an impact of reproduction and possibly the survival of several species already stressed by loss of habitats and entanglement in fishing nets.

Large baleen whales such as the blue whale, the largest creature on Earth, have to make longer journeys between their feeding grounds in warmer waters to their breeding grounds in cooler parts of the sea.

The whales’ main food source of krill is declining because of changes in temperature and acidification of the oceans due to climate change.

Many migratory birds, which rely on wetlands and lakes for food and rest on their mammoth journeys, face increasingly scarce freshwaters triggered by the drainage for agriculture, demands of growing populations and more persistent and extreme weather events linked with climate change.

And it is not just birds. The greatest migration in world – so called because it is the only migration visible from space – involving thousands of wildebeest and other animals travelling across the Serengeti Plains of Africa may soon be a thing of the past.

Our generation may well be the last to witness it as climate change is being linked to increasingly severe droughts across the Horn of Africa that in some instances have wiped out major populations of wildebeest and antelope, the food source for other vulnerable migratory species such as cheetahs and lions.

Humanity has a tight timetable to put things right. Paris cannot be just about securing an agreement of all nations—it must be a meaningful agreement in line with the scientific reality.

Greenhouse gas emissions in the atmosphere, which are at the highest for 800,000 years, need to decline to a point where sometime mid-century we are all living in a carbon neutral world.

Only then can the goal of nations, namely to keep a global temperature rise this century under 2C, be met.

Currently the trajectory of emissions is putting the planet and its people on a path towards a world that is 4C or more warmer and threatens human beings and the natural world.

The good news is that we have all the technologies, inspiring policies and pathways to achieve a safer, less risky future. And across communities, cities, companies and countries there is real groundswell of action and a momentum for change building—one that can build confidence and take everyone past positive tipping points rather planetary boundaries.

Paris may be better known for its fine food and wine and artists like Toulouse-Lautrec and architectural icons such as the Eiffel Tower.

In December 2015 it can add another feather to its beret (or chapeau) of accomplishments – as the city where a new and transformational journey into a far more healthy, safer and secure future begins.

One where humanity migrates from a high carbon future to a low one, and in doing so provides a positive perspective for over 7bn people while helping to ensure that one of the miracles of nature – animal migration – continues to delight and astonish generations to come.