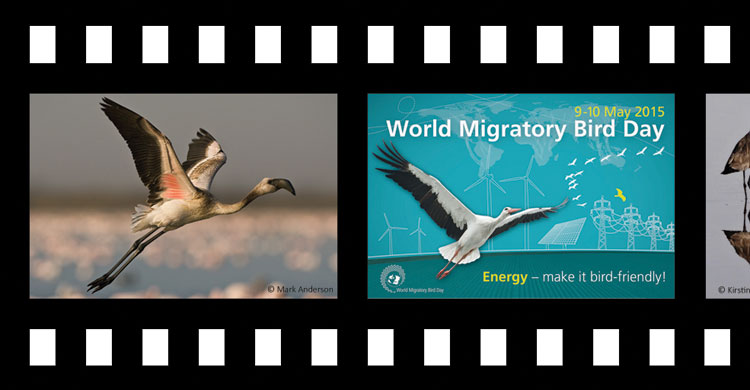 The winning entry with the title “Energy – make it bird-friendly!” reflecting this year’s campaign theme was submitted by Saoirse Delaney from Dublin.  Saoirse says that making the film took her a month and the effort certainly paid off, as her first attempt at making an animation impressed the judges. “The WMBD contest was a great opportunity to make a compelling video with an important message,” said Saoirse. The second and third best contributions in the judges’ opinion were respectively Shariful Islam of Bangladesh whose entry was called "A Better Place for Birds" and Khalil Bensira from Tunisia.

A total of 19 entries were received and a short-list of ten was determined by a public vote, in which over a thousand people participated.  The three top videos were then chosen by a selection panel made up of representatives of the WMBD partners together with the campaign’s sponsors, the German Federal Environment Ministry (BMUB).  All three winning videos can be found on the WMBD website.

The winning entry will be adopted as the official WMBD video for 2015 and Saoirse will also receive a prize of €1,500.  The second and third placed entries will receive runners-up prizes of €1,000 and €500.

World Environment Day (WED) is the United Nations’ principal vehicle for encouraging worldwide awareness and action for the environment. Over the years it has grown to be a broad, global platform for public outreach that is widely celebrated by stakeholders in over 100 countries. It also serves as the ‘people’s day’ for doing something positive for the environment, galvanizing individual actions into a collective power that generates an exponential positive impact on the planet.  The theme for 2015 was: “Seven Billion Dreams.  One Planet. Consume with Care”.

The dream being promoted by WMBD this year was that of providing the world’s energy needs without doing harm to migratory birds.  To read more about WMBD 2015 “Energy – make it bird-friendly!” click here.