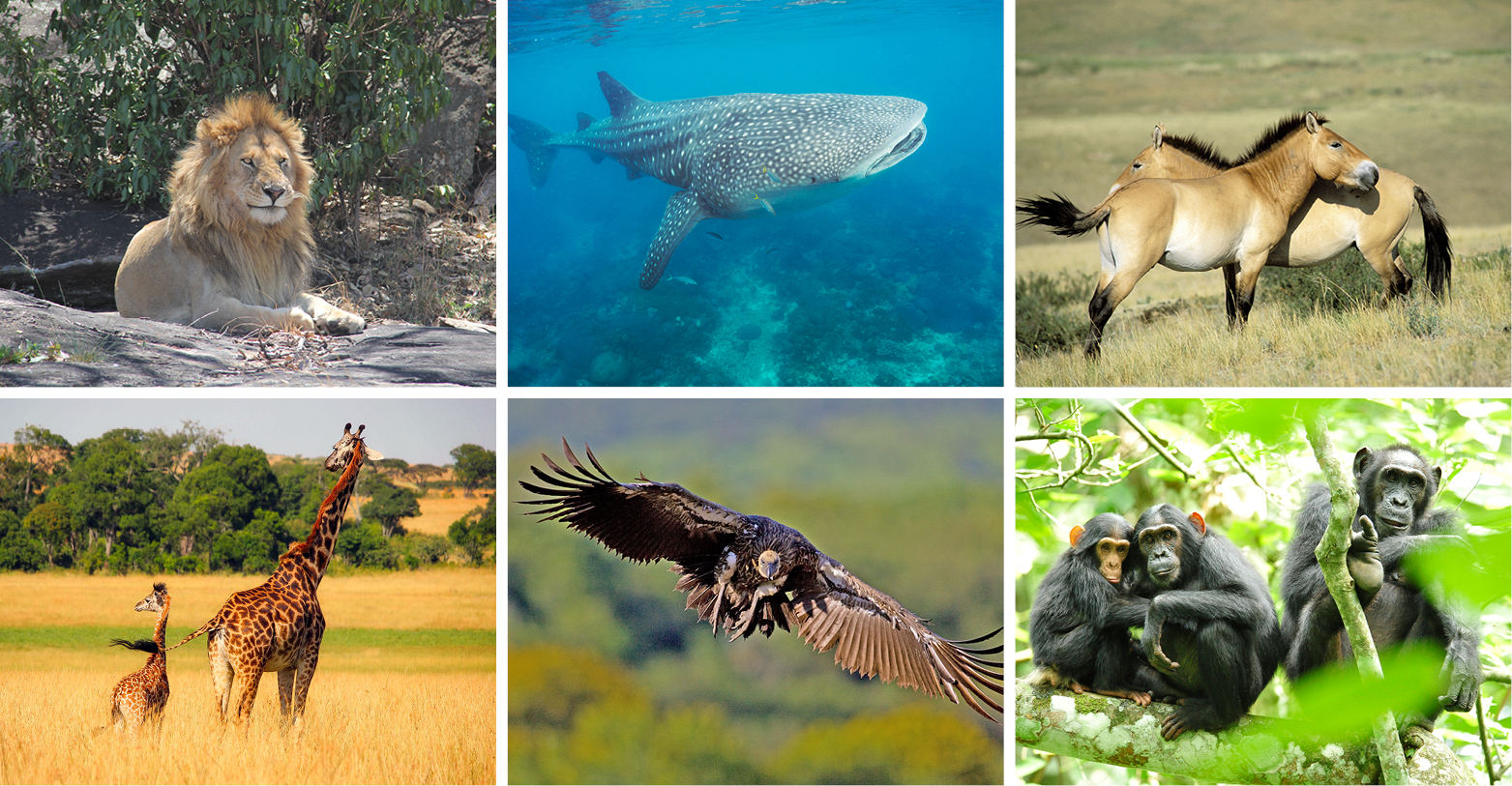 Bonn, Germany, 1 June 2017- Once abundant, these species are now threatened by unprecedented destruction of their habitat, poaching, climate change and pollution. Proposals to afford greater protection to 35 species will be made at what is expected to be the largest wildlife conference of the year, CMS COP 12, which is scheduled to take place 23-28 October 2017 in Manila, Philippines.

The Convention on the Conservation of Migratory Species of Wild Animals (also known as CMS) is a global treaty protecting wildlife moving across international borders.  At the 12th Meeting of the Conference of the Parties (COP12) more than 125 governments are expected to negotiate and potentially agree on coordinated measures on how to reverse the impacts already being felt on these animals and to ensure the species’ survival.

The negotiations will revolve around placing these species on Appendix I of the treaty, which affords full protection and requires all countries to ensure that there is no taking or on Appendix II which foresees putting in place management strategies among countries for species that cross their borders.

The listing proposals come from all the continents: Africa, the Americas, Asia, Europe and Oceania.  Thirty-five species in total have been proposed, including animals ranging from those that roam the steppes of Central Asia (e.g. the Asian Wild or Przewalski’s Horse), well-known majestic African mammals such as Leopards, Lions and Giraffes, birds known for undertaking vast migrations spanning continents and oceans (e.g. the Christmas Frigatebird) and sharks including the Whale Shark (the Planet’s largest fish) which are being overfished with no regulatory impunity to the point where they are now highly threatened,

“The high number of proposals to list species on the Appendices of CMS is a vote of confidence in the Convention as the lead forum for protecting migratory wildlife. As countries turn to CMS to prevent species extinction, the Convention is well placed to coordinate conservation measures for migratory animals and their habitats across the globe. at the same time, the high number of species proposals is a sign that we have a real battle on our hands. We need to strengthen our efforts to better protect a variety of flagship species in different ecosystems. We depend on these species for livelihoods and food security and this is why our future as humankind is intrinsically linked to their survival”

For the first time, a CMS COP will be held in Asia, in a region with many mega-diverse countries which are currently undergoing rapid development leading to pressures on migratory wildlife.  The COP will be hosted by the Government of the Philippines which has put forward several listing proposals including placing the Whale Shark on Appendix I as well as setting the theme of the COP “Their Future is Our Future – Sustainable Development for Wildlife and People”.  The theme links the conservation of migratory animals with global efforts underway to achieve the Sustainable Development Goals agreed by the United Nations in 2015.

The full list of species proposed for inclusion on the CMS Appendices is made up of 13 mammals, 16 birds and 6 fish species. The species are: the Lion, the Leopard, the Chimpanzee, the Giraffe, the Gobi Bear, Przewalski’s Horse, the Indian Gazelle, the African Wild Ass, the Caspian Seal, the Hoary Bat, the Eastern Red Bat, the Southern Red Bat and the Southern Yellow Bat (mammals); ten species of vulture (the White-rumped, the Indian, the Slender-billed, the Red-headed, the White-backed, the Cape, Rüppell’s, the Hooded, the White-headed and the Lappet-faced), the Steppe Eagle, the Christmas Frigate Bird, the Black Noddy, the Yellow Bunting and the Great Grey Shrike and Lesser Grey Shrike (birds); and  the Whale Shark, the Dusky Shark, the Blue Shark, the Angelshark, the Common Guitarfish and the White-spotted Wedgefish (fish).

The overview of the listing proposals are available on the CMS website:
http://www.cms.int/en/news/2017010-proposals-amend-appendices-convention

And the actual listing proposals will be made available shortly on www.cms.int

Notes for Editors with further details about the species:

Mammals in the steppes and deserts of Africa and Asia

Bats in the Americas

Vultures and other bird species

CMS - the Convention on the Conservation of Migratory Species of Wild Animals (CMS) is an environmental treaty under the aegis of UN Environment and provides a legal framework platform for the conservation and sustainable use of migratory animals and their habitats. CMS brings together the States through which migratory animals pass to agree on internationally coordinated conservation measures for a wide range of endangered migratory animals worldwide. CMS is a growing convention with special importance due to its expertise in the field of migratory species. At present, there are 124 Parties to the Convention. Further information can be found on the CMS website: http://www.cms.int

COP – the Conference of the Parties is the main decision-making body of the Convention, which meets every three years to adopt policies and laws for the protection of migratory wildlife and to propose new species under the framework.  COP12 is taking place in Manila at the invitation of the Government of the Philippines.  On the eve of the COP, a High Level Segment attracting Ministers from across the globe will discuss the linkages between protecting migratory wildlife and achieving the Sustainable Development Goals.

More details on the COP12 agenda are available on the CMS website.