Turkmenistan Accedes to CMS and AEWA 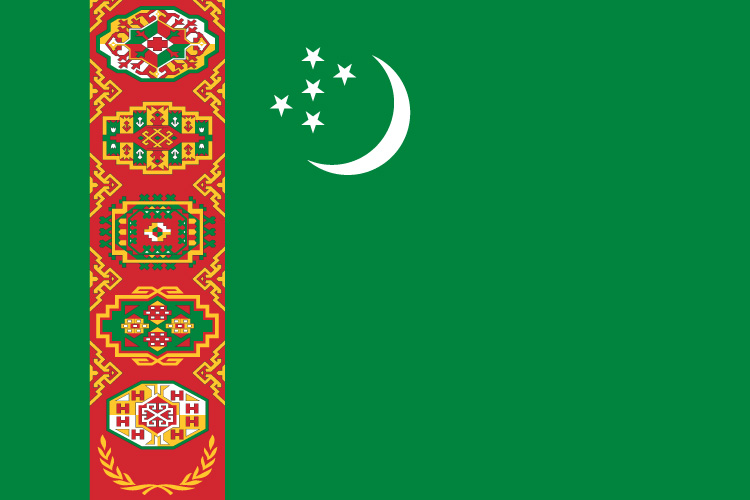 Turkmenistan is a land-locked country in Central Asia, with borders with Kazakhstan, Uzbekistan, the Islamic Republic of Iran and Afghanistan and a shoreline on the Caspian Sea.  The capital and largest city is Ashgabat.  Its population of 6 million (2020 estimates) and area of a little under 500,000 km2 make Turkmenistan one of the least densely populated countries in Asia.  The country is suffering for high rates of desertification with the Karakum and Kyzyl Kum deserts growing significantly each year.

The Turan Depression dominates the centre of the country, extending beyond Turkmenistan’s borders into neighbouring Uzbekistan and Kazakhstan, while the Karakum Desert accounts for 80 per cent of the land area.  The country’s highest point is Ayrybaba in the Kugitangtau Range at 3,000 metres (10,000 ft).  The Kopet Dag Range in the south-west reaches just under 3,000 metres (9,500 feet).  The Uly Balkan (Great Balkhan Range) in the west which rises to 1,880 metres (6,170 ft) at  and the Köýtendag Range in Lebap Provinvce on the south-eastern border with Uzbekistan are the only other significant elevations.

Turkmenistan was already a Signatory to three Memoranda of Understanding – those concerning the Siberian Crane, Saiga Antelope and Bukhara Deer. Turkmenistan also falls within the African-Eurasian and Central Asian Flyways.  The CMS-listed species for which Turkmenistan is a Range State include the Steppe Eagle (Aquila nipalensis), Pallas's Fish-Eagle (Haliaeetus leucoryphus) and others from the Raptors MOU, the Bukhara Deer (Cervus elaphus yarkandensis), the Lesser White-Fronted Goose (Anser erythropus) and others from AEWA, the Great Bustard (Otis tarda), the Houbara Bustard (Chlamydotis undulata), the Saiga Antelope (Saiga tatarica) and the Ship (or Spiny) Sturgeon (Acipenser nudiventris).