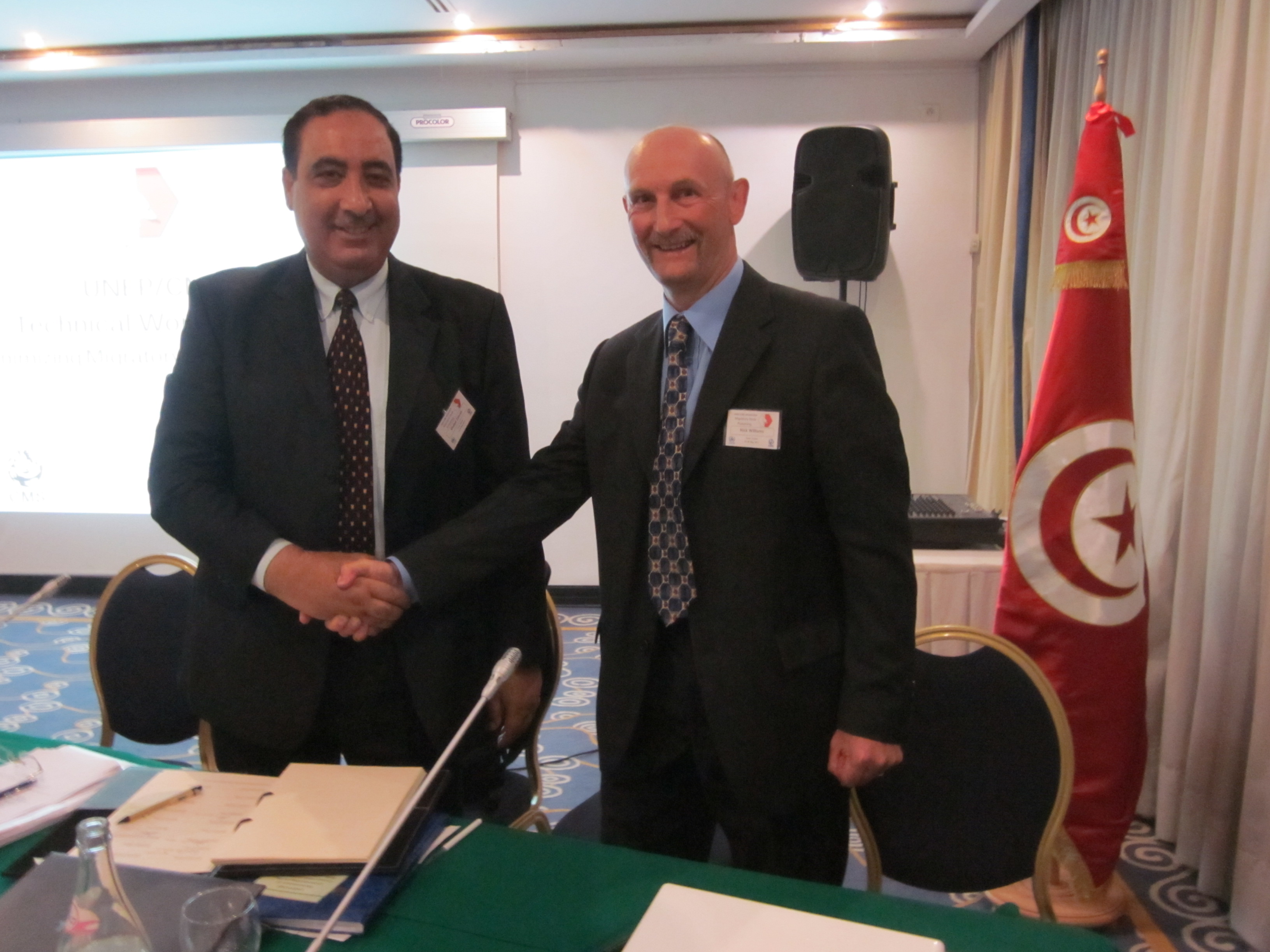 The Raptors MOU was signed by Dr Khaled Zahzah, Assistant Director of Hunting and National Parks at the Head Office of Forests, on behalf of the Government of Tunisia on Monday.

Tunisia is located along one of the major avian flyways in North Africa. More than 250 species of migratory birds have been recorded in the country, including 30 different birds of prey listed in the CMS Raptors MOU. Two of these, the Saker Falcon (Falco cherrug) and the Egyptian Vulture (Neophron percnopterus), are classified as endangered species.

Cap Bon is a spectacular peninsula in the northeast of the country that is an internationally recognized bottleneck for migratory raptors. Tens of thousands of these birds pass over the area every year, particularly in Springtime on their journeys to breeding areas further North, primarily in Europe. Large flocks of Black Kites (Milvus migrans), Honey Buzzards (Pernis apivorus), Red-footed Falcons (Falco vespertinus) make the sea crossing to Sicily.

Tunisia is the 43rd Signatory to the Raptors MOU. The instrument will become effective for the country on 1 June 2013.