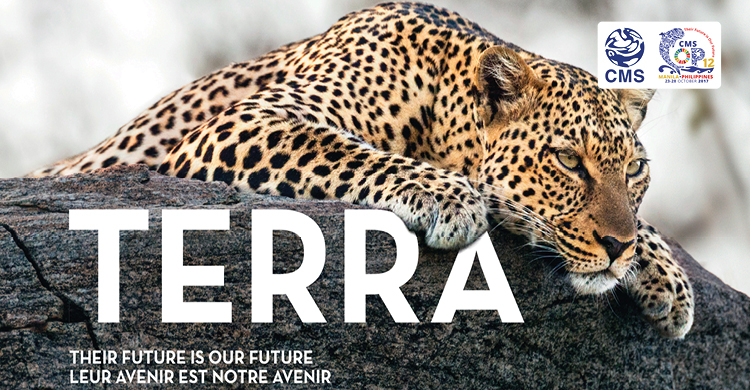 Manila, 23 October 2017 - In his status as UN Environment Global Goodwill Ambassador, Yann Arthus-Bertrand was invited by Bradnee Chambers, Executive Secretary of the Convention on Migratory Species (CMS), to deliver the keynote speech on the opening day of COP12 in Manila, Philippines.

Yann is also founder and President of the GoodPlanet Foundation.  GoodPlanet has the mission to raise awareness and bring people to action on matters related to ecology and humanism. Consequently, Yann and GoodPlanet offered to edit a book showcasing the animals that CMS aims to protect: 35 new migratory species proposed to CMS Appendices I and II.

“TERRA- Their Future is Our Future” opens with forewords by Yann Arthus-Bertrand, President of the GoodPlanet Foundation, Bradnee Chambers, Executive Secretary of CMS, and Roy A. Cimatu, Secretary of Department of Environment and Natural Resources Philippines. 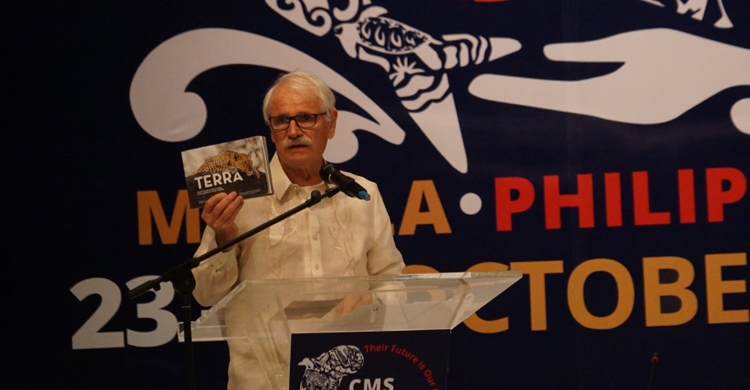 The 160-page book includes four chapters: Discovering the role of biodiversity - our common heritage; Understanding the biodiversity crisis; Getting to know the 35 new migratory species that need protection; and Acting to protect wildlife.

Illustrated with 75 full-page spectacular photographs by Yann Arthus-Bertrand and several outstanding international animal photographers, the texts in English and French provide insights, figures, scientific facts and solutions efficiently implemented to curb the loss of biodiversity and to protect migratory species.

The book, produced for CMS in record time by a very dedicated team at GoodPlanet, was made possible thanks to the support of the Department of Environment and Natural Resources - DENR – and OMEGA. It will be distributed to all delegates at COP12.

TERRA is also a documentary film about the living world and biodiversity produced by Yann Arthus-Bertrand and Michael Pitiot with the support of OMEGA. The film is available upon request to teachers, schools, associations and communities, free of charge for non-commercial screenings by writing to [email protected].

A screening is organized in Manila, Tuesday, 24 October at the SM Mall of Asia.