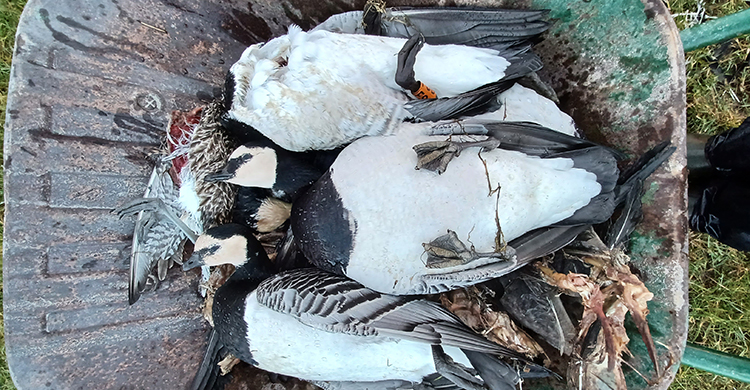 Bonn, 24 January 2022 - Throughout the past autumn and current winter in the northern hemisphere, multiple avian influenza outbreaks, caused predominantly by the H5N1 HPAI virus, plus other subtypes including H5N8, have occurred in the UK, The Netherlands, Israel, and India.

CMS Executive Secretary Amy Fraenkel said: “Through late 2021 and early 2022 there have been numerous outbreaks of highly pathogenic avian influenza H5N1, with severe impacts on migratory birds. The CMS Secretariat responded by convening the Scientific Task Force on Avian Influenza and Wild Birds together with the FAO. We are pleased to share its advice and key recommendations for countries affected or at risk, and look forward to continuing our collaborative work to minimize risks to humans, poultry and wild populations of migratory birds.”

The Scientific Task Force on Avian Influenza and Wild Birds has convened and produced recommendations and guidance for authorities and managers of countries affected or at risk.

Dr. Ruth Cromie, who coordinated the work of the Task Force and the production of the statement, said: "Avian influenza represents a One Health issue threatening health across the board. The highly pathogenic viruses are still relatively new in wild birds and this winter’s high levels of mortality remind us of their vulnerability and that working to promote healthy wildlife benefits us all."

In terms of human health, the currently circulating H5N1 HPAI viruses do not seem to pose the same zoonotic risk as the ‘original’ Asian lineage H5N1 (clade 2.2 and their derivatives plus clade 2.3.4.4b H5N6 viruses currently in China). In general, the risk can be considered low, recognising that some agencies now consider occupational exposure, e.g. those working on poultry culling operations, as low/moderate.

About the Scientific Task Force on Avian Influenza and Wild Birds:

The Scientific Task Force on Avian Influenza and Wild Birds is co-convened by the Convention on the Conservation of Migratory Species of Wild Animals (CMS) and the Food and Agriculture Organization of the United Nations (FAO). It works as a communication and coordination network that keeps under review the role of wild birds in the epidemiology of AI and the impact of the disease on wild birds, promoting a balanced opinion based on currently available evidence. It has been in existence since 2005. Task Force members include FAO, CMS, the African Eurasian Waterbird Agreement (AEWA), BirdLife International, EcoHealth Alliance, International Council for Game and Wildlife Conservation (CIC), Ramsar Convention, Royal Veterinary College, Wetlands International, and Wildfowl & Wetlands Trust (WWT).  Task Force observers include the United Nations Environment Programme, World Health Organisation and World Organisation for Animal Health (OIE). 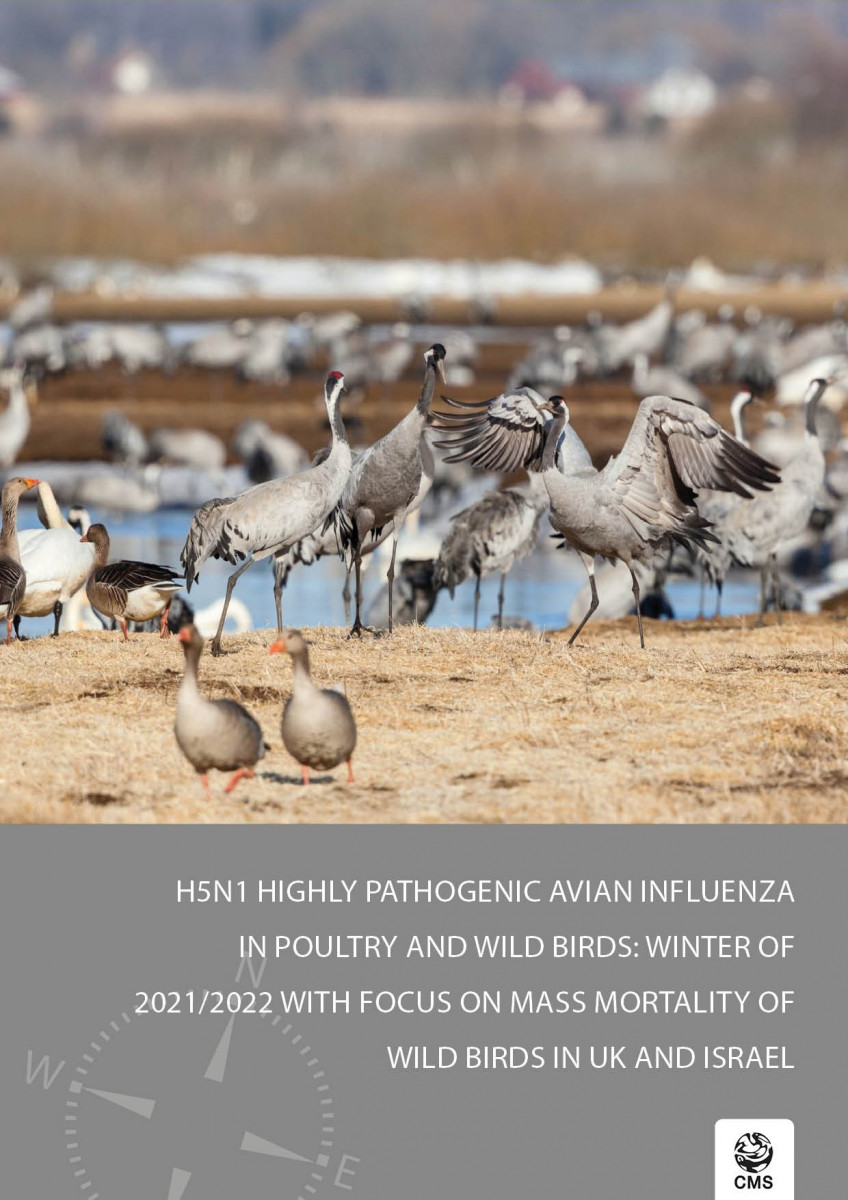 Statement of the Scientific Task Force on Avian Influenza and Wild Birds on H5N1 Highly Pathogenic Avian Influenza in poultry and wild birds: Winter of 2021/2022 with focus on mass mortality of wild birds in UK and Israel