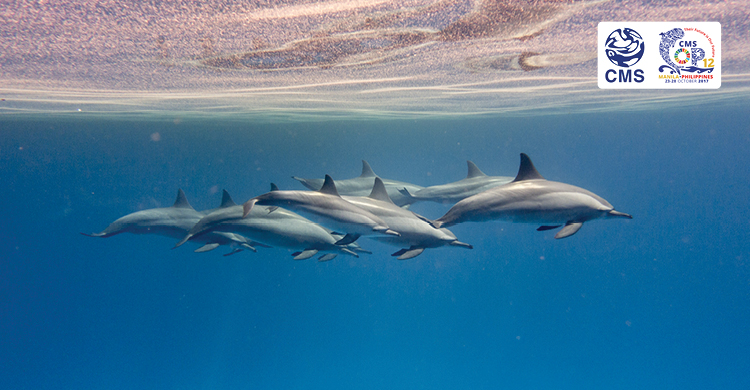 A group of 13 spinner dolphins (Stenella longirostris) resting under a glassy surface at Samadai Reef, Egypt © A. Cesario

Manila, 24 October 2017- The first-ever comprehensive review of whale and dolphin populations in the Red Sea has raised concerns about threats to these migrant species in a marine region where they were thought to be largely sheltered from the impacts of human activity and climate change.

A major new report by the Bonn-based Convention on Migratory Species (CMS) provides the only complete record of cetaceans in the Red Sea, which is crossed by some of the most important shipping lanes in the world. Researchers studied population records over a 34-year period, collecting and verifying data from historical accounts and contemporary research and sightings.

Despite both human presence and industrial activity being limited along the region’s coasts, the report’s authors say the ‘huge’ amount of oil being transported by ship across the Red Sea carries the potential danger of a major oil spill.

And they identify climate change, chemical and noise pollution, the disturbance of critical habitats and direct killings as concerns and recommend the status of cetaceans in the Red Sea be carefully monitored.

The Red Sea marks the boundary between Africa and South-West Asia – and includes important staging posts for a range of migratory species - highlighting the fact that these animals are as oblivious to national frontiers as they are to continental divides.

Dr Bradnee Chambers, Executive Secretary of CMS said: “The Red Sea is a fragile ecological area at risk from development, over-exploitation and unregulated tourism. Until recently, whales and dolphins in the Red Sea had never been subject to direct, targeted scientific investigations, and this has hampered conservation efforts. The report’s findings provide critical baseline data for policymakers to address the main pressures affecting these animals.” 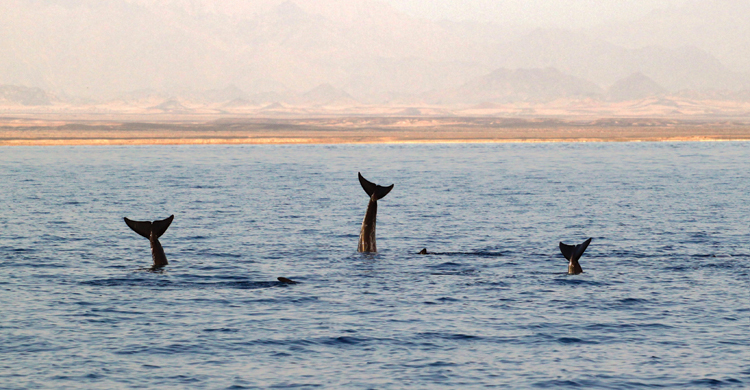 Yann Arthus-Bertrand, UN Environment Global Goodwill Ambassador said: “Decisions to preserve migratory species only make sense if they are based on scientific fact and findings.  Long-term observation is an essential element and this overview report on the cetaceans of the Red Sea is a fine example.  I myself have been observing the Earth for 40 years and I have seen the changes that it has undergone as a result of the human thoughtlessness.  But it is never too late to turn things round.”

CMS is holding its 12th Conference of the Parties (COP) currently in Manila, the Philippines at which the report will be presented. The summit is expected to be the biggest ever CMS COP with over 400 government delegates representing more than 120 countries due to attend.

Migratory species are particularly vulnerable to changes in their habitats, given the distances they travel. Yet they provide important ecosystem services which impact on the economies of countries along their migration paths. The protection of migratory species requires cooperation between countries whose boundaries they traverse.

Unregulated, rapidly-developing tourism, which takes advantage of dolphin resting areas is placing species such as Indo-Pacific Bottlenose Dolphins and Spinner Dolphins at high risk of extirpation from their critical habitat, the study’s authors reported.

“The marine environment in the Red Sea has come under increasing human pressures in the past 30 years, due to the natural vulnerability of this semi-enclosed sea, with delicate habitats (coral reef, seagrass and mangroves) being progressively degraded, fish stocks becoming depleted, vulnerable species becoming threatened, and marine areas becoming polluted through oil production and transportation, or locally degraded by human waste off the major urban centres,” they said.

“It is our hope that creating a more robust foundation for what knowledge exists of cetaceans in the Red Sea will support national, regional and international conservation efforts and help secure a future for this important component of Red Sea marine biodiversity.”

Cetaceans of the Red Sea Report