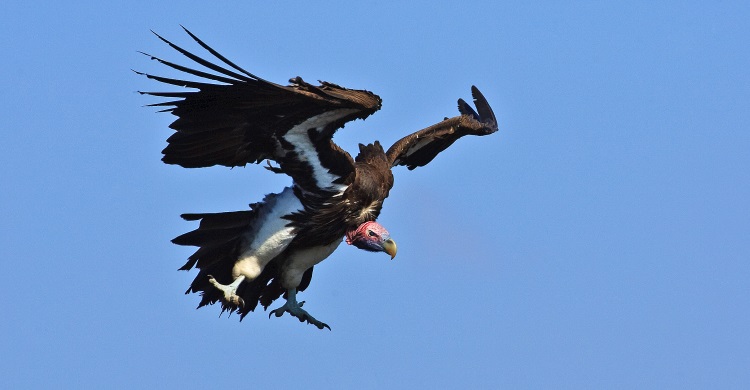 This 2nd Draft Vulture MsAP is the result of more than a year of intense efforts.  From the outset, the Coordinating Unit adopted a highly collaborative and inclusive approach by reaching out to governments, conservation organisations, specialists and other stakeholders in all 127 Range States within the geographic scope of this 12-year plan (2017 – 2029).  Almost 300 government officials, partners, vulture specialists and other interested individuals have already contributed to the development of the Vulture MsAP.

Four Regional Action Planning Workshops have been held in recent months:  in Dakar, Senegal covering Africa (October 2016); in Monfrague, Spain covering Europe (October 2016); in Mumbai, India covering Asia (November 2016); and, in Sharjah, United Arab Emirates (UAE) covering the Middle East (February 2017).  In addition, an Overarching Workshop took place in Toledo, Spain on 16-19 February 2017, where a 1st Draft of the Vulture MsAP was reviewed and enhanced by representatives from range states and specialist stakeholders.

The purpose of the Public Consultation Exercise is to reach out even further to invite comments and improvements from anyone who recognizes the importance of vultures and the critical need to conserve them.  As well as being published on the Raptors MOU website, the Coordinating Unit has today circulated an email inviting comments from almost 1,000 relevant contacts on its mailing list.  The main target groups include: national governmental authorities (e.g. Environment Ministries, Wildlife and Forest Services, etc.), conservation organisations, universities, research institutions, consultants, technical experts, ornithologists and any other individuals with an interest in the conservation of the African-Eurasian vultures.

The Coordinating Unit of the Raptors MoU wishes to thank the following financial donors, without which the Vulture MsAP could not have been developed this far in such an inclusive and collaborative way: Environment Agency – Abu Dhabi, on behalf of the Government of the UAE, for providing long-term core funding for the Coordinating Unit; Federal Office of the Environment (FOEN) of the Government of Switzerland; Environment and Protected Areas Agency (EPAA), Sharjah, UAE; Regional Governments of Extremadura and Castilla-La Mancha, Spain, Bombay Natural History Society, India; and, Royal Society for the Protection of Birds, United Kingdom.

Comments on the 2nd Draft Vulture MsAP should be submitted via email to [email protected] by 16 April 2017.  All comments received during the consultation period will be reviewed and, where appropriate, integrated into a final version of the Vulture MsAP, due to be completed by mid-May 2017 for formal submission to the CMS Secretariat.  The Vulture MsAP is expected to be considered by Parties to the Convention on Migratory Species (CMS) at the 12th Meeting of the Conference of the Parties (COP12), scheduled to be held in Manila, Philippines in October 2017.

2nd Draft of the Vulture MsAP