Opinion: If Wildlife Crime Makes you Wild – Get Wild for Life 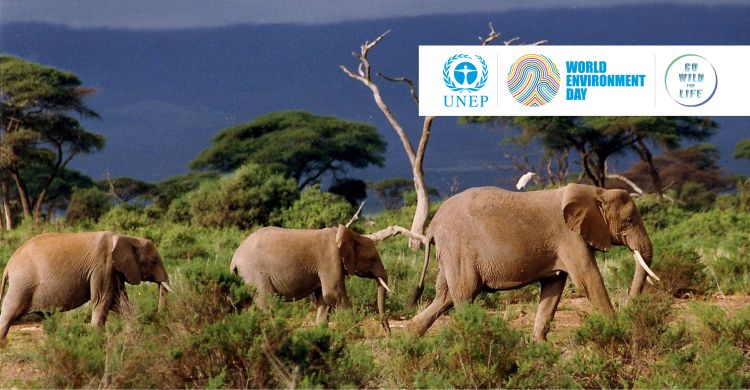 Unless the science fiction of Michael Crichton’s “Jurassic Park” becomes science fact sometime soon, extinction will continue to mean gone forever; and if we want to avoid losing more species, we must start learning from the mistakes of the past; unfortunately the evidence suggests that all too often we seem determined to repeat them.

Humans have hunted animals for food since time immemorial and taking “one for the pot” was not sport but quite simply the only way to feed one’s family.  The artisanal methods using bow and arrow or nets made from home-spun twine and the level of the harvest meant such hunting was entirely sustainable.  But how things have changed.

In additional to other threats, man-made and natural, such as climate change, habitat loss, collisions with vehicles, power lines and wind turbines, wildlife faces another totally avoidable danger: illegal wildlife trade.  Along with trafficking of drugs, arms and people it ranks as one of the most lucrative criminal activities and it is often interlinked with them.  Criminal gangs and armed rebels often finance their operations through wildlife crime, exploiting the huge profits that can be made ivory and rhino horn, which are as attractive a commodity to deal in as narcotics and weapons.

In 2015 there were reports of macabre tourism in the Balkans, where operators exploiting inconsistencies in Europe’s legislation and its porous borders, led hunters on well-organized shooting sprees, using formidable state-of-the-art weaponry.  Much of this hunting is legal and the take sustainable where common species are concerned, but endangered and protected species are also being bagged.  It is claimed by the perpetrators that hunting birds is a long-established practice and part of rural culture; but having emptied the skies of birds at home, hunters are moving across borders to wreak similar havoc abroad.  More recently BirdLife International estimated that 25 million birds were being taken illegally in the Mediterranean alone, some to be consumed by the hunters themselves but others sold to restaurants at home and abroad to be served up as illicit delicacies or made into ornaments.  A single raid by Italian customs brought in a haul of over 100,000 dead birds found in one truck from Serbia.  With huge profits to be made (the black market mark-up can reach 3,000 per cent and gram for gram animal products can fetch more than heroin or cocaine), the temptation for the less scrupulous elements of society to flout inadequately enforced laws can be irresistible.

Vulture populations in Africa are collapsing.  One reason is that farmers lace carcasses with poison bait with the intention of killing predators such as lions or hyenas that take their livestock; vultures are the unintended victims.  But more recently poachers have been trying to kill vultures by contaminating dead elephants slaughtered for their ivory, because by circling over the scene of the crime the birds reveal where the poachers are.  There is a real risk that Africa will lose not only its iconic elephants but also some of its most important birds of prey, which play a critical role in human health as nature’s garbage disposers.

Wildlife crime is not confined to the land. The UN Food and Agriculture Organization is tackling pirate fisheries through the new Port State Measures Agreement, which should prevent vessels from selling their illicit catch and facilitate inspections by the authorities. Illegal fisheries not only take millions of tonnes of fish each year but are also responsible for bycatch, a driver in the decline of species such as the vaquita in the Gulf of California and the harbour porpoise in the Baltic Sea.

Another part of the solution is that UN organizations such as the Conservation of Migratory Species and the Convention on International Trade in Endangered Species provide an intergovernmental platform to agree coordinated actions and oversee implementation.  The two are cooperating closely on the conservation of the Saiga Antelope, a species that hit the headlines last year after thousands died in the space of a few weeks.  The males’ horns are traded internationally for use in traditional medicine – that is where CITES comes in.  But Saigas are an endangered migratory species, and through CMS, the Range States agree measures to protect them.

The Conventions promote capacity-building, training on law enforcement, stronger legislation and awareness-raising campaigns to help reduce demand for wildlife products by exposing myths like the one that rhino horn has medicinal properties.  They exert pressure on countries that turn a blind eye to corruption that undermines the law.  And local communities are engaged, not lectured, and full account taken of people’s social, cultural and economic needs.

With 5 June being designated World Environment Day, the UN is highlighting the dangers illegal wildlife trade has for our wellbeing. CMS is playing its part in promoting the campaign’s Wild for Life feature where celebrities from sport, the arts and entertainment have voiced their support for concerted action.  The invitation is open to everyone to join in to make their stand against wildlife crime.