Opinion: COP15 - We are Losing Nature – Biodiversity – at the Fastest Rate in Human History 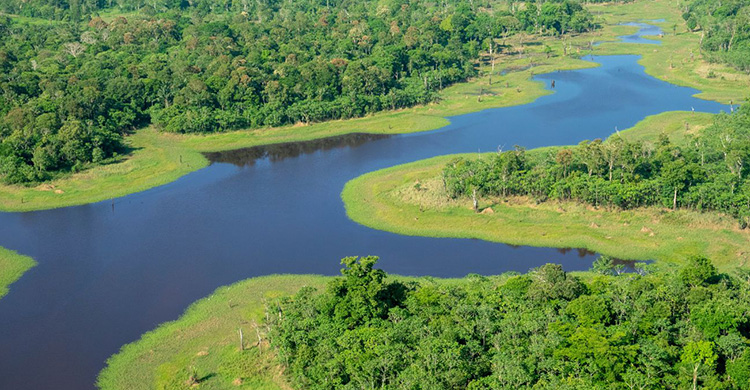 The choice of which areas to protect and conserve needs to be guided by whether they contribute to connectivity.

The 15th Conference of the Parties (COP15) to the United Nations Convention on Biological Diversity (CBD), an international meeting bringing together governments from around the world, will set out new goals and develop an action plan for nature over the next decade. The conference will be held in Montréal, Quebec, the seat of the UN CBD Secretariat, from December 7 – 19, 2022.

COP15 will focus on protecting nature and halting biodiversity loss around the world. The Government of Canada’s priority is to ensure the COP15 is a success for nature. There is an urgent need for international partners to halt and reverse the alarming loss of biodiversity worldwide.

Bonn/Gland, 7 December 2022 (IPS) - While climate change dominates the environmental headlines, quieter, startling changes are taking place in nature across the planet – whether in forests, oceans, deserts, rural landscapes, cities and other places where nature is found.

We are losing nature – biodiversity – at the fastest rate in human history. Around a million species of plants and animals are heading towards extinction. As human activities destroy and degrade more natural places, nature is becoming more and more fragmented.

Nature provides freshwater, supports food systems and underpins major industries such as forestry, agriculture, and fisheries. Yet our efforts to protect our precious biodiversity have been flawed and woefully inadequate.

Conservation of nature over the past decades has largely involved the creation of numerous dots of protected areas, which have undoubtedly helped to slow the loss of biodiversity.

But there are also limits to this approach. Many protected areas are not effectively or equitably managed, some types of ecosystems are underrepresented, and – perhaps most importantly – protected areas are carved out like islands in the middle of otherwise modified, industrial, agricultural and urbanized landscapes.

In many countries, the majority of wild species of animals live outside of protected areas. Just 9% of the world’s migratory bird species are adequately covered by protected areas across all stages of their annual cycle. Nature simply cannot survive let alone thrive in this deeply compromised and compartmentalized way.

This December, thousands of representatives of government, scientists, and other stakeholders will descend on Montreal, Canada (December 7-19) for the fifteenth meeting of the Conference of the Parties to the Convention on Biological Diversity (CBD COP15), where they will try to agree on commitments to address this growing crisis.

By all accounts, the negotiations have yet to live up to what is desperately needed to correct our current path. If we are to successfully address the biodiversity crisis, we must adopt an approach that can meet conservation goals and also provide food, water, security and livelihoods for a global population of 10 billion people by 2050.

A key to achieving this lies in what is known as ecological connectivity – which simply put, is about ensuring that our landscapes, seascapes, and river basins allow the movement of species and the flow of natural processes.

Ecological connectivity is essential to ensure the health and productivity of ecosystems, the survival of wild animals and plant species, and genetic diversity.

It contributes to climate resilience and adaptation, productive lands and effective restoration. And it is indispensable for the thousands of migratory species of wild animals which need to seasonally move from one habitat to another.

One of the most talked about ideas in the Montreal negotiations that is gaining significant political traction is the so-called “30 by 30” target, which calls for a minimum of thirty percent of the earth’s lands, freshwater and oceans to be protected or conserved in some form by the year 2030.

But this numerical target will be far from ambitious unless connectivity is placed at the center of its implementation, and the role and rights of indigenous peoples and local communities are recognized.

Currently, connectivity is captured in the draft target in two small words: “well-connected”. These same words were part of previous global biodiversity targets which by all accounts have failed us.

To succeed, connectivity must be a litmus test for all area-based conservation measures at the national level. The choice of which areas to protect and conserve needs to be guided by whether they contribute to connectivity – along with appropriate environmental and social safeguards.

Likewise, urban growth, infrastructure development and other human activities must be planned in ways that achieve social and economic needs while preserving connectivity. And governments need to measure and report their progress in implementing this commitment on connectivity.

There is one other essential element for achieving ecological connectivity: governments need to cooperate across national borders to protect and conserve shared natural areas and species.

In 2021, the UN General Assembly adopted a remarkable resolution urging all member states to increase international cooperation to improve connectivity of transboundary habitats, avoid their fragmentation and protect species that rely on connected ecosystems.

Yet alarmingly, the draft to be negotiated in Montreal does not, as yet, include any such commitment for governments to work together to implement the transboundary aspects of the framework.

The good news is we have the knowledge and ability to turn the current trends around, and to achieve a sustainable relationship with nature. There is enormous momentum on achieving connectivity by governments, companies, the financial sector, civil society, indigenous peoples and local communities.

For instance, the government of Canada is launching a CAD $60 million program for ecological corridors, a company in Sabah Borneo is completing a 14 kilometer reforested wildlife corridor within its plantation.

Local community citizen scientists in Nepal have found that a corridor they restored is now abuzz with wildlife. It is time to work together to connect nature at a scale that will deliver what we all need – a healthy planet.

Amy Fraenkel is Executive Secretary of the Convention on the Conservation of Migratory Species of Wild Animals (CMS); and Marco Lambertini is Director General, WWF International.

This Op-Ed appeared on 7 December 2022 in Inter Press Service.