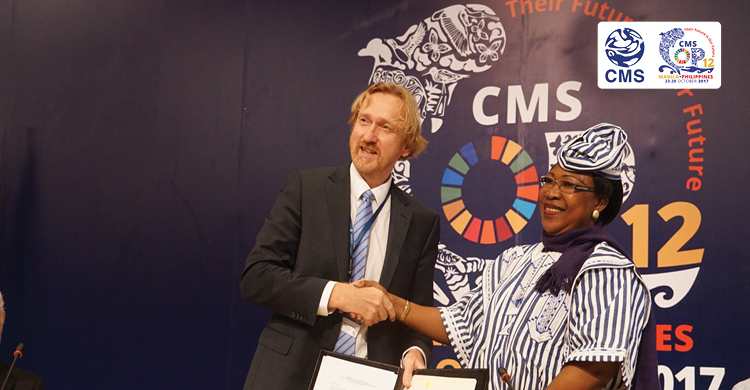 Manila, 24 October 2017 – at a ceremony held during the CMS COP and presided over by CMS Executive Secretary, Bradnee Chambers, four countries became members of CMS Memoranda of Understanding while the WWF and the Peregrine Trust became cooperating partners to the Sharks MOU and Raptors MOU respectively.

Madagascar indicated that it too would sign the Sharks MOU in the near future.