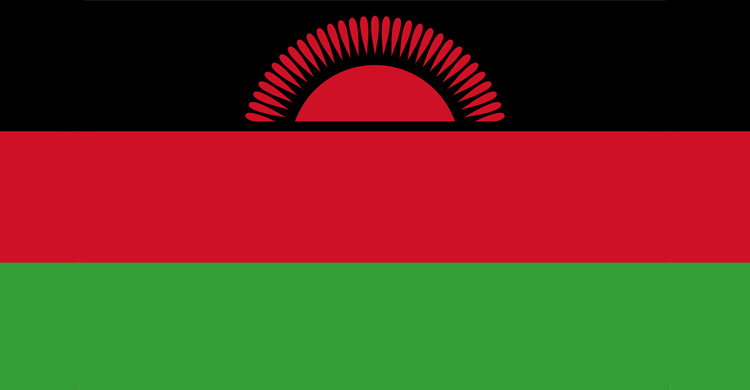 The Republic of Malawi is acceding to the Convention and will become the 129th Party to CMS on 1 September.

30 August 2019 – The Republic of Malawi is acceding to the Convention and will become the 129th Party to CMS on 1 September.

Malawi, capital Lilongwe, is a landlocked country of Southern Africa with a population of 18 million people and an area of 118,484 km2.  It has borders with Zambia and the United Republic of Tanzania to the north and with Mozambique to the south.  The Great Rift Valley runs through the country which also has shores on the west side of Lake Malawi (also known as Lake Nyasa).  The plateaus of the mountainous regions of Malawi lie at an altitude of 900-1,200 metres and the highest points – Zomba and Mulanje – reach heights of 2,000 and 3,000 metres above sea level respectively.  The topography includes tropical and subtropical grasslands, savannas, shrublands (Zambezian and mopane woodlands).

The country’s rich fauna includes the African Elephant (Loxodonta africana), big cats including the Cheetah (Acinonyx jubatus) and the Lion (Panthera leo), primates, bats and a wide variety of birds including parrots and raptors (such as the Lesser Kestrel (Falco naumanni) and the Lappet-faced Vulture (Torgos tracheliotos)).

Malawi, which is a Range State to numerous waders and waterfowl, is also acceding to the African-Eurasian Migratory Waterbird Agreement (AEWA) becoming that Agreement’s 80th Party, having up until now not been a signatory to any instruments concluded under the Convention.  The Secretariats of CMS and AEWA therefore would like to extend a warm welcome to Malawi as a new member of the CMS Family and look forward to collaborating closely with the national authorities to protect the country’s migratory wildlife.

Lebanon – Party No 128
The Republic of the Maldives Joins CMS
Trinidad and Tobago - CMS Party No. 127