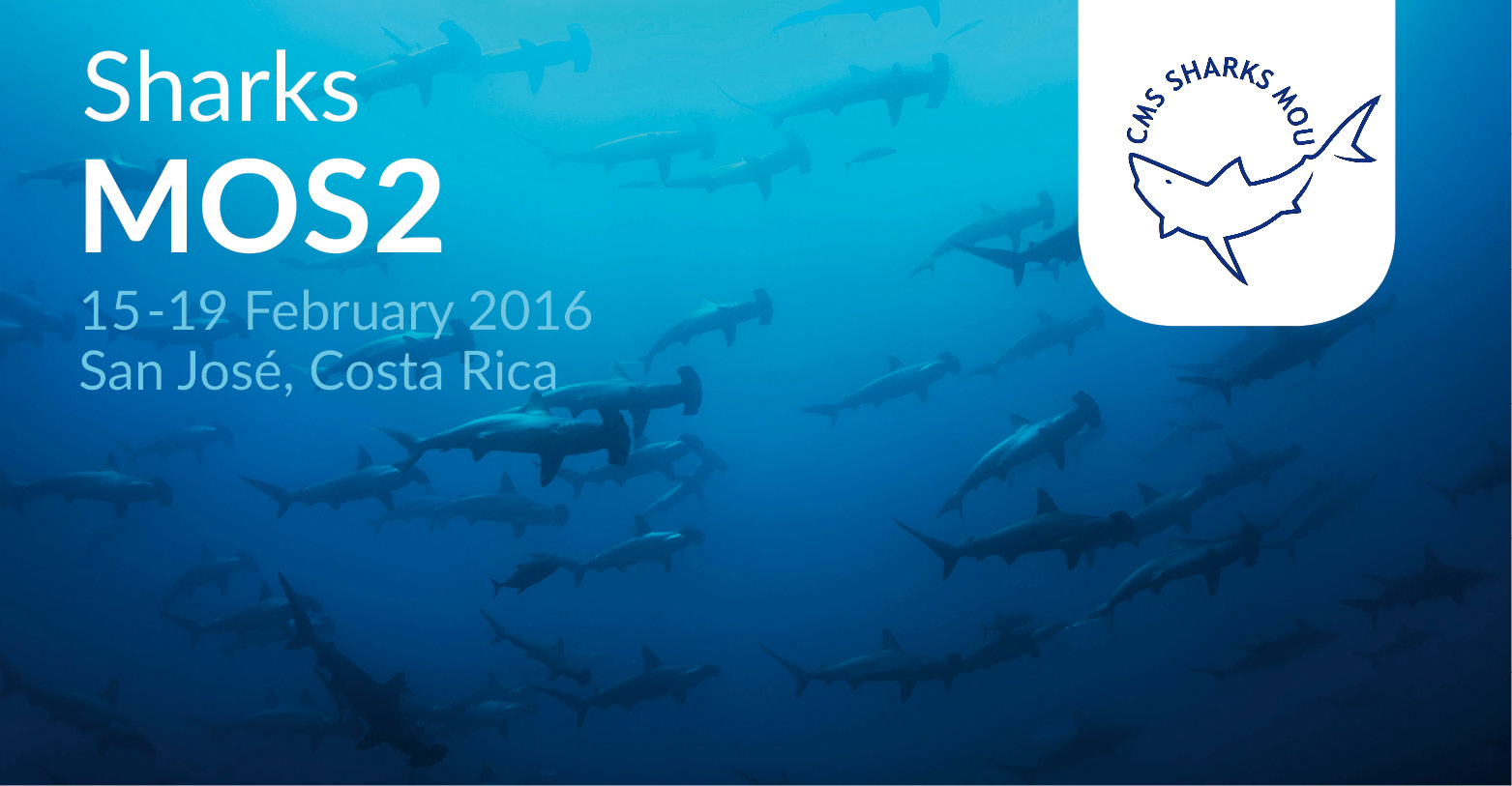 The International Union for Conversation of Nature (IUCN) estimates that as many as a quarter of the 1,041 existing species of sharks, rays and closely related chimaera are in danger of extinction, with only 23 per cent of species categorized as Least Concern – the lowest rate of all vertebrates.

Sharks are highly vulnerable to overexploitation as they grow slowly, mature late and produce very few offspring. The rapid and largely unregulated increase in target fisheries and bycatch have depleted many populations of sharks and rays worldwide. A study by Boris Worm and team estimated that between 63 and 273 million sharks are killed every year. This is multiplied by other threats, such as destruction of habitats and migratory corridors or entanglement in and ingestion of marine litter.

To address this worrying trend, the Memorandum of Understanding on the Conservation of Migratory Sharks (Sharks MOU) was signed in 2010. Through its Conservation Plan, the MOU aims to improve the understanding of migratory sharks and rays, ensure the sustainability of fisheries, protect critical habitats and migration corridors, increase public awareness and participation, and enhance international cooperation.

The MOU, developed under the Convention on the Conservation of Migratory Species of Wild Animals (CMS) has so far been signed by 38 countries and the European Union. The Signatories meeting in Costa Rica next week will consider to bring further 22 shark and ray species under the umbrella of the MOU's Conservation Plan to better cater to their conservation needs.