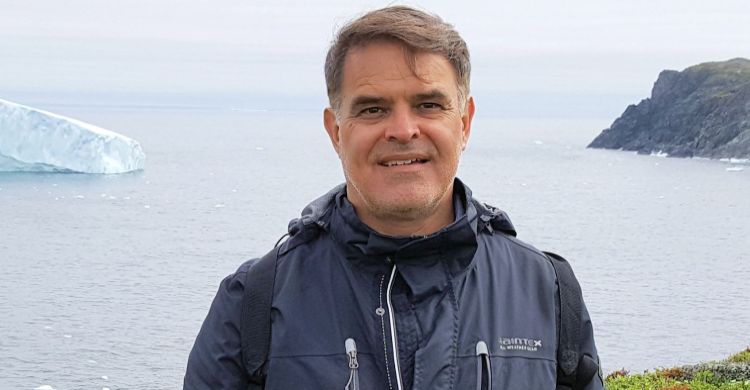 A native of Montreal, Canada, Douglas joined CMS from the CITES Secretariat in 1991.  Before that year was out, the incumbent Executive Coordinator (as the head of the Secretariat was then styled) departed, and Douglas found himself ‘running the CMS show’ for a year until the appointment of a permanent successor.  In those early days, the number of staff at the Secretariat could be counted on the fingers of one hand.

During his twelve years at CMS Headquarters in Bonn, Douglas was instrumental in setting up the very first Memorandum of Understanding (MOU) concluded under the Convention, aimed at protecting the endangered Siberian Crane. That pioneering instrument served as a model for several other practical species agreements that he developed under CMS over the years.  Working closely with the US-based NGO, the International Crane Foundation, Douglas was involved in the ambitious Siberian Crane - Wetland Project, which received a multi-million dollar grant from the Global Environment Facility to secure the habitat of that iconic species and other waterbirds in China, Kazakhstan, the Islamic Republic of Iran and the Russian Federation.

With the passage of time, there are probably few people still associated with CMS who remember that Douglas was responsible for leading the challenging negotiations that resulted in ACCOBAMS – the legally-binding Black Sea/Mediterranean Sea cetacean agreement, which celebrates its 20th anniversary this year.

“I started to work for AEWA in 1996 and I met Douglas for the first time during that year. Over the years and during several meetings I witnessed his extensive experience in respect to MEAs and how they function.  His institutional knowledge will be missed. We were all surprised to learn about his wish to go for an early but well deserved retirement. The Secretariat would like to thank Douglas for his considerable contribution to the development of CMS and his colleagues wish him a long and happy retirement.”

Douglas left Bonn – but not CMS – in 2003 when he relocated to Bangkok to establish the secretariat for the newly-created Indian Ocean marine turtle MOU.

When asked about his retirement plans, Douglas replied: “My first priority is a book project, completely unrelated to nature conservation, that is going to occupy me for at least the next 2-3 years.  Apart from that, I have a wide assortment of other interests that I've never had enough time for - so I'm not too worried about becoming a 'couch-potato'!  But seriously, I also intend to keep involved in nature conservation in one way or another, whether it be helping out with projects I continue to be interested in or perhaps even making myself available to chair an occasional meeting.”

Douglas penned a retrospective on his 25 years with UNEP, which was published on the IOSEA website in February 2014.  You can read Douglas’s reminiscences here.