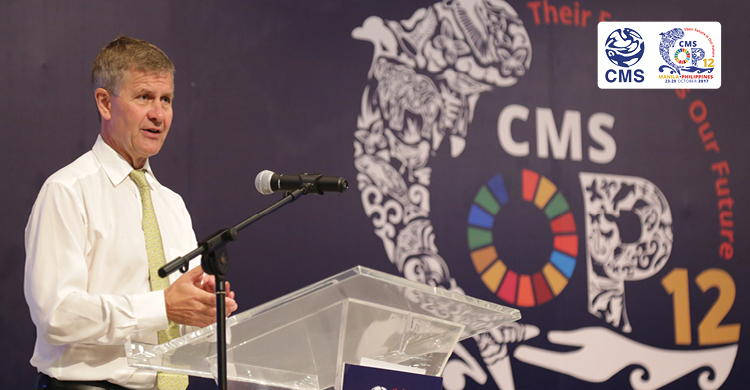 Manila, 25 October 2017 - UN Environment’s Executive Director, Erik Solheim conveyed an upbeat message when he addressed delegates on the third day of the CMS Conference of Parties.  On the prospects for achieving the Sustainable Development Goals, his final rallying cry echoed Barack Obama’s election slogan “Yes We Can”.

Acknowledging that the world faced many challenges notably climate change, Solheim pointed to a number of success stories where real change had been achieved often in the face of entrenched opposition.  Examples cited included smoking bans in restaurants in Ireland, the ban on ivory in China and the prohibition of plastic bags in Kenya.

Despite the announcement by the US Government of its intention to withdraw from the Paris Agreement on climate change, it was noted that many American corporations were committed to a green economy, while countries such as Botswana were praised for their commitment to conservation, which was bringing economic benefits through the development of ecotourism.

“Being kind to the planet and uplifting people - this is our agenda for the 21st century and the good news is that with political commitment, we can do it.”

View the full speech of Erik Solheim below: