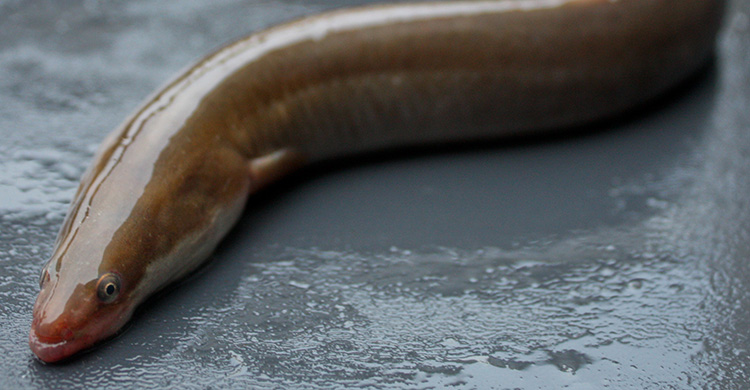 Bonn, 9 July 2019 - The 3rd Meeting of the Range States for the European Eel (Anguilla anguilla) held from 25 to 26 June 2019 in Malmo, Sweden highlighted the urgent need to do more to protect the species’ critically endangered population.

The meeting was co-organized by the Sargasso Sea Commission, and funded jointly with the Government of the Principality of Monaco.  Twenty-four Range States including the EU, as well as the Food and Agriculture Organization (FAO), the Convention on the Trade in Endangered Species (CITES), the World Maritime University (WMU), the Baltic Marine Environment Protection Commission (HELCOM), the IUCN Anguillid Eel Specialist Group, the General Fisheries Council of the Mediterranean (GFCM) and NGOs attended the meeting.

Countries discussed the need for greater transboundary cooperation, especially between EU countries and those outside of the bloc.  The potential role that CMS could play in this, working closely with other forums, such as those mentioned above was recognized.

Experts and Range States outlined the main threats facing the species and elaborated possible areas for action which could be undertaken within the CMS context.    Rather than a legally binding agreement, many Range States were in favour of developing a Single Species Action Plan for the species, while remaining open to the idea of extending the scope of any conservation initiative to other anguillid species, such as the American Eel (Anguilla rostrata).
Countries opted for a stepwise approach to move forward, requesting the CMS Secretariat and/or interested Range States to bring a document charting a possible way forward to CMS COP13, in February 2020.