CMS Membership Reaches 131 with Ratification by the Central African Republic 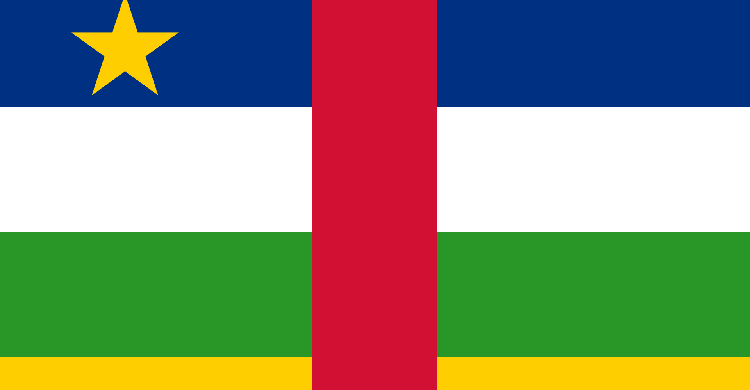 Flag of the Central African Republic

Bonn, 1 September 2020 – the Central African Republic has ratified the Convention bringing the number of Parties to 131.  Africa remains the region with the highest membership with 46 Parties, two ahead of Europe.

The Central African Republic, whose capital is Bangui, is a landlocked country in the heart of the continent with an area of just over 620,000 km2 and a population of 6 million (2020 estimates).  It shares borders with Cameroon, Chad, Congo, the Democratic Republic of the Congo, South Sudan and Sudan.

The country’s terrain is dominated by savanna but also includes desert in the north and equatorial forest in the south.  It consists of a vast plateau which forms the watershed between the Congo and Chari river systems and constitutes the two principal river basin systems which drain into the Congo River and Lake Chad respectively. These contribute to the large and diverse fauna which includes nearly 800 bird species.  The country also hosts several Appendix I species including the Cheetah (Acinonyx jubatus), the Chimpanzee (Pan troglodytes), the Western Lowland Gorilla (Gorilla gorilla gorilla) and several vulture species - Rüppell’s Vulture (Gyps rueppelli), the White-backed Vulture (Gyps africanus), the Lappet-faced Vulture (Torgos tracheliotos) and the White-headed Vulture (Trigonoceps occipitalis).