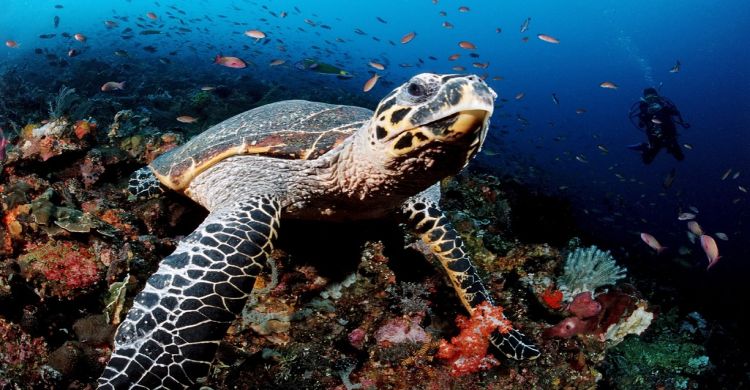 Bonn, 7 April 2014 - CMS is holding a workshop of national representatives and scientific councillors in Guácimo, Costa Rica from 9-11, April 2014 in the light of new information published on climate change.

The CMS climate change workshop coincides with the release of the latest Assessment Report (AR5) of the United Nations Intergovernmental Panel on Climate Change (IPCC), which also warns about climate change impacts on many plant and animal species.

"A large fraction of both terrestrial and freshwater species face increased extinction risk under projected climate change during and beyond the 21st century, especially as climate change interacts with other stressors such as habitat modification, over-exploitation, pollution and invasive species," according to the latest IPCC report.  The CMS meeting will be a step towards finalizing a Programme of Work on climate change and migratory species. Because climate change is predicted to exert different changes on different regions, conserving migratory species is a unique challenge.

The results of the workshop will be considered by the Scientific Council at its eighteenth meeting in July, and by the eleventh meeting of the Conference of the Parties to the CMS in November. The results will also be brought to the attention of other relevant institutions including the Convention on Biological Diversity (CBD) and the United Nations Framework Convention on Climate Change (UNFCCC).

The effects of climate change on a variety of migratory species was also the subject of a recent op-ed co-authored by CMS Executive Secretary, Bradnee Chambers and Christiana Figueres, Executive Secretary of UNFCCC published by the Guardian newspaper on the occasion of World Wildlife Day.

The CMS Climate Change workshop in Costa Rica is being convened by the CMS COP Appointed Councillor for Climate Change, Prof. Dr. Colin Galbraith and is co‑organized by the CMS Secretariat and Costa Rica’s Ministry of Environment, Energy and Telecommunications (MINAET).

Documents related to the Guácimo workshop and further information can be accessed here.