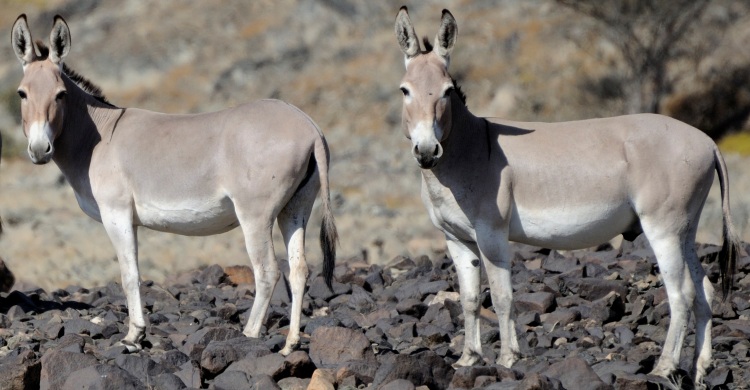 Bonn, 19 March 2017– twenty-five representatives of Range States, donors and experts met in Bonn 6-7 March to agree a “road map” to secure the conservation of the African Wild Ass (Equus africanus), which is categorized as Critically Endangered on the IUCN’s Red List.  Possibly as few as 70 animals remain in the wild, the majority of them found in just two countries – Eritrea and Ethiopia – of the species’ former range across East Africa.

The representatives of both Eritrea and Ethiopia agreed to pursue with their respective Governments the possibility of preparing a proposal for submission to 12th meeting of the Conference of Parties to CMS, which will take place from 23-28 October 2017 in Manila, the Philippines., which would see the African Wild Ass listed on Appendix I of the Convention, affording the species the highest level of protection.

It gives me great hope to see the Range States come together at the UN Headquarters in Bonn and provide input from their countries for the International Conservation Roadmap. The African Wild Ass is a highly endangered species which is often overlooked by conservationists and donors, even as it slips closer to extinction. We were happy to facilitate international cooperation to help the Range States affirm the need to protect it, and to put in place conservation actions before it’s too late.  I am grateful to the German Federal Ministry of the Environment, Nature Protection, Building and Nuclear Safety (BMUB), which was instrumental in providing support for us to be able to host this meeting.

The meeting heard potentially exciting news that a herd of the rare Nubian sub-species had possibly been found in private ownership in the USA.  These reports were to be followed up by experts as a matter of urgency after the meeting.

The Range State meeting was facilitated by David Mallon, of the IUCN’s Species Specialist Group; he is a veteran of many previous CMS events, such as the Stakeholder Meeting for the Central Asian Mammals Initiative held in Bishkek in September 2014.   Also present providing expert input was Patricia Moehlman, Chair of the IUCN’s Equid Specialist Group.