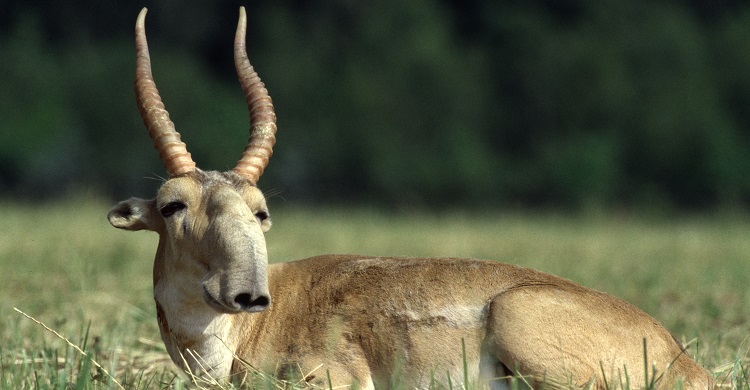 The Ministry of Agriculture of Kazakhstan reports the successful interception of a shipment of 4,704 saiga antelope horns (Saiga tatarica) in the Almaty region of the country. This arrest of a circle of wildlife traffickers had been prepared for several months and benefited from close cooperation of a number of agencies. Kazakhstan has shown considerable commitment in implementing the CMS Saiga Antelope Memorandum of Understanding (MoU), not only by establishing new protected areas, but also by recently amending national law to specifically target wildlife traffickers. The CMS saiga MoU is administered together with CITES, especially to control the international trade in saiga horn, which is used in Chinese Traditional Medicine.

Only saiga males bear the valuable horn and are therefore targeted by the poachers, which has already led to a severe lack of saiga males throughout populations. The removal of a further 2,352 adult males as indicated by the seizure made by the authorities in Kazakhstan is a major blow for conservation efforts of this already critically endangered migratory species. Until 2020 no harvesting of saiga antelopes is foreseen in Kazakhstan to allow populations to recover from their dramatic decline from about one million animals in the early 1990s to just over 100,000 today.

Not only in Central Asia is wildlife crime becoming increasingly more serious and organized. It is a worldwide problem, which prompted heads of international environmental compliance and enforcement bodies to meet in Lyon earlier this week to strengthen efforts to reduce environmental crime. This summit, led by UNEP and INTERPOL, highlighted the fact that stronger intelligence and control of internet-led trading was needed.

The fact that wildlife traders are becoming highly organized is also illustrated by the saiga horns seized in Kazakhstan. The shipment was accompanied by the skins of 10,608 Muskrat (Ondatra zibethicus) and three bags of plant roots of Fritillaria pallidiflora Schrenk, which is also used in Chinese Traditional Medicine.