Actions to Halt Decline of African-Eurasian Landbirds Agreed in Abidjan 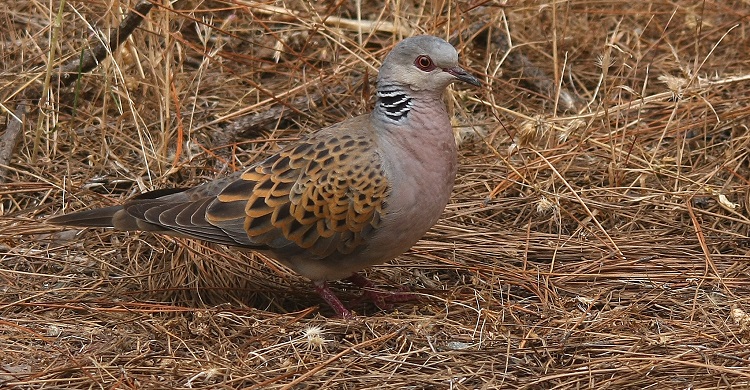 The meeting was hosted by the recently established UNEP Sub-Regional Office for West Africa. Opening remarks were provided by Ms Angele Luh (Head of the UNEP Office), Colonel Sombo Tano (CMS Focal Point in Côte d’Ivoire), Mr Olivier Biber (Chair of the Working Group) and the CMS Secretariat. The generous support of the Government of Switzerland, which had provided a voluntary contribution for the organization of this meeting, was acknowledged.

Angele Luh said:  “This is the first meeting that we have hosted at the UNEP sub-regional office and I am delighted to see such a committed group of experts discussing issues related to migratory landbirds conservation which are relevant for the UN Development Action Framework (UNDAF) cycle which is currently being prepared for countries in West Africa”.

The Working Group discussed several aspects of the implementation of the Landbirds Action Plan (AEMLAP), which was adopted at the last CMS COP in Quito in November 2014, with a special focus in West Africa. The new Working Group Coordinator, Mr Alex Ngari, was introduced and his terms of reference adopted. He will be based at the BirdLife Africa Secretariat in Nairobi and will provide overall support to the operations of the Working Group in close contact with the CMS Secretariat.

Bradnee Chambers, Executive Secretary of CMS said “It is encouraging to see the progress made in the implementation of the Landbirds Action Plan and the international attention that it is generating; the discussions in Abidjan relating to land use policies are relevant for the implementation of the Sustainable Development Goals. They show that conservation and development can be made compatible and that economic growth should not happen at the cost of migratory species and biodiversity.”

Mainstreaming biodiversity concerns – and landbirds are an excellent indicator of biodiversity - into wider land use policies was one of the objectives of this meeting, in line with the CMS Strategic Plan for Migratory Species and the Aichi Targets.

A draft programme of work (POW) for the Working Group was discussed and it was agreed to follow a regional approach according to three main flyway areas:  the East Atlantic Flyway comprising West Europe and West Africa; the East Russia /South Asia flyway and the Middle East/East Africa/Rift Valley flyway.

First priority will be given to the East Atlantic Flyway where significant declines of migratory landbirds have been detected. Afro-Palearctic species that pass through or overwinter in the Sahel and Guinea-Savannah zones of West Africa are facing some of the steepest declines of all migratory birds, examples being the Eurasian Turtle Dove and the Eurasian Cuckoo. Alongside climate change, loss and degradation of non-breeding ground habitats are thought to be major factors in the declines of these landbirds, with those wintering in the savannas of the Sahel-Sudan zone particularly badly affected.

A flagship project was agreed for this flyway including the organization in 2016 of a workshop to discuss changes in land use in West Africa and policies to address those changes to avoid impacts on migratory landbirds. The workshop will address agriculture (both arable and livestock), wood extraction (fuelwood and timber), and hydrodams, since these are likely to be some of the central impacts of land use change in migratory landbirds and wider biodiversity.

The Working Group members reported on their activities and it was interesting to hear in particular that in Nigeria a Landbirds Committee has been established including the Ministry of Agriculture, the National Park Service and the Nigeria Conservation Foundation. The Committee is chaired by the Department of Wildlife and Forestry of the Ministry of the Environment and its main objective is the implementation of AEMLAP at national level. This initiative was very well received by the Working Group and other countries will aim to establish equivalent committees.

In Ghana, there are Community Resource Management Areas (CREMA) with a multispecies focus and the objective of fully involving local communities in the management of natural resources. The government issues devolution certificates to ensure that the communities gain full ownership of the areas. Up to now 15 CREMA have been established and 18 more are in the pipeline.  This is a very innovative approach and a win-win solution that works very well in a highly decentralized country such as Ghana, and a model to replicate elsewhere.

Action plans will be developed for species which are sharply declining, in particular the Yellow-breasted Bunting and the Eurasian Turtle Dove. The Working Group also agreed to develop an Action Plan for Eurasian Roller, despite the fact that it has been recently downlisted in the IUCN Red List.   The Eurasian Roller was included in Appendix I of CMS at the last COP in 2014.

The Working Group also heard about a project by the German Federal Agency for Nature Conservation (BfN) on Monitoring and Conservation of Migratory Birds in Africa. This is a very important project that will focus on landbirds and will be implemented in the UNESCO network of Biosphere Reserves. There are approximately 80 Biosphere Reserves in Africa with a mandate for research and monitoring of biodiversity and the project will include capacity-building for bird monitoring through training workshops for local coordinators from selected Biosphere Reserves. The project is funded by the Federal Ministry for the Environment (BMUB).