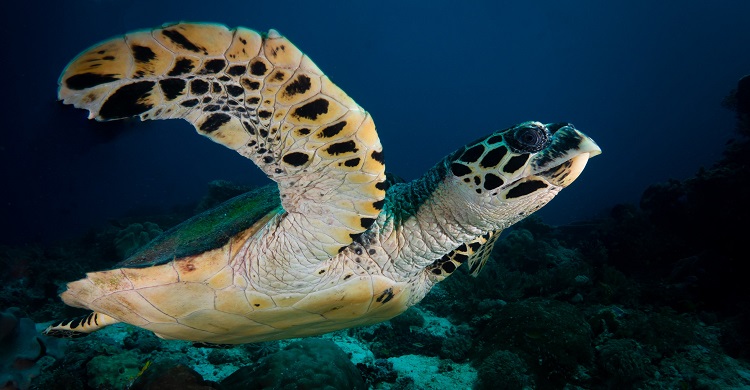 Bonn, 2 June 2022 – Following three days of deliberations and negotiations, today range states of the Single Species Action Plan (SSAP) for the Hawksbill Turtle in South-East Asia and the Western Pacific Ocean Region agreed the final text of the plan.  Four countries, Cambodia, Myanmar, Philippines and Viet Nam adopted it already at the end of the meeting, while others indicated their readiness to do so in the near future

The Range State Meeting was attended by representatives of ten countries across the range of the SSAP, as well as invited experts and observers, including the Secretariat for the Pacific Regional Environment Programme (SPREP) and the CITES Secretariat.

Hawksbill turtles are a critically endangered species listed on CMS Appendix I, and concern specifically about the impact of use and trade on populations in the South-East Asia and Western Pacific Ocean region led to the CMS COP13 mandate to develop this SSAP, in collaboration with the IOSEA Marine Turtle MOU and CMS partner organization WWF. Following outreach to all countries and territories across the region during a written consultation process and three sub-regional workshops to refine the draft, this new SSAP seeks to integrate the actions necessary to address trade and use at both the domestic and the international level.

With the goal ‘To address unsustainable use and trade of hawksbill turtles in the South-East Asia and Western Pacific Ocean region and build resilience in the populations’, the SSAP contains 23 actions, seven of which have been prioritized as immediate or urgently required to be delivered within the next year, thirteen actions foresee delivery within the next three years and three within the next five years.

By addressing both the domestic and international level, the SSAP seeks to achieve three key objectives that take into account the complex linkages between community and commercial use:

The meeting also agreed a governance framework for the SSAP that foresees the formation of an international Steering Group involving all participating countries, with a first meeting expected to take place within the next six to nine months, and National Working Groups to facilitate implementation within each country.

This new SSAP provides a framework designed to assist governments in implementing their already agreed commitments from many policy fora, including CMS, the IOSEA Marine Turtle MOU, CITES, regional initiatives and fisheries bodies, in a cohesive way in order to ensure effective conservation of hawksbill turtles. All national governments across the range of the SSAP are encouraged to consider adopting the plan for their countries.

Marine Turtles 13.70
Assessment of the Conservation Status of the Hawksbill Turtle in the Indian Ocean and South-East Asia Region
Quicklinks Tab