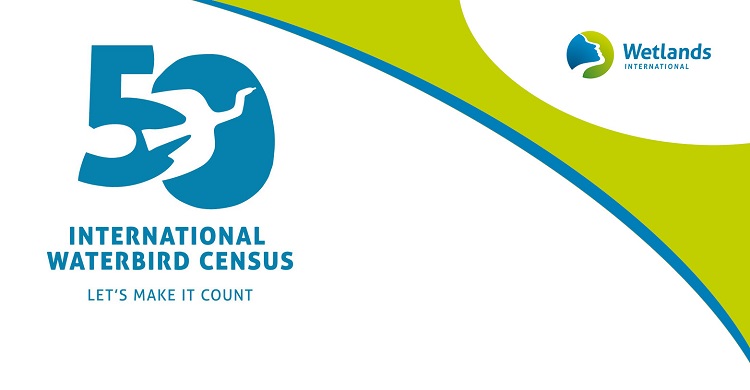 Bonn, 15 January 2016 – This year will see the International Waterbird Census (IWC) being held for the 50th time with the slogan “Let’s Make It Count”. First organized in January 1967, the IWC, which is coordinated by Wetlands International, has become a permanent fixture in the ornithological calendar and is now recognized as an indispensable source of information, upon which policies to protect and manage wetlands and the waterbirds that depend on them are founded.

Over the years the IWC has extended its reach and now covers 25,000 sites in more than 100 countries with 15,000 people – both professionals and amateurs - submitting data each year, making it one of the world’s largest monitoring projects primarily dependent on “citizen science”.

There are four separate regional schemes operating under the aegis of the IWC, each covering one of the major flyways. The one relating to Africa-Eurasia is closely linked to the Agreement on the Conservation of African-Eurasian Migratory Waterbirds (AEWA) for which it is an essential aid to implementation, as the Conservation Status Report (CSR) published for each AEWA Meeting of the Parties (MOP) makes extensive use of the waterbird count data collected through the IWC along the African-Eurasian Flyway.  The survey conducted in Africa-Eurasia is the result of the merger in 2011 of the previously separate counts conducted in Europe, North Africa and West Asia with the former African Waterbird Census.  The other regional schemes cover Asia-Pacific, the Caribbean and the Neo-Tropics.

Wetlands International maintains and organizes a worldwide network of national coordinators who manage teams of volunteers, many of them professional conservationists who give their time free of charge. Aggregating the returns from national counts allows Wetlands International to provide an estimate of global trends for a range of species, many of which are highly migratory and therefore several countries share responsibility for their conservation.

One of the products of Wetlands International’s collaborative efforts is the Waterbird Population Estimates information portal, where data on the status of more than 2,000 populations of qualifying species has been collected.

To celebrate this year’s landmark 50th count, Wetlands International is launching a campaign, the aim of which is to ensure the conservation of the wetlands along the world’s flyways. Wetlands host a wide variety of wildlife and perform many useful environmental functions, and have been lost at an alarming rate with almost two-thirds having disappeared since 1900.

More details about the IWC and the associated campaign are available on the Wetlands International website.