100 Days Until UN Wildlife Conference Kicks Off in Manila 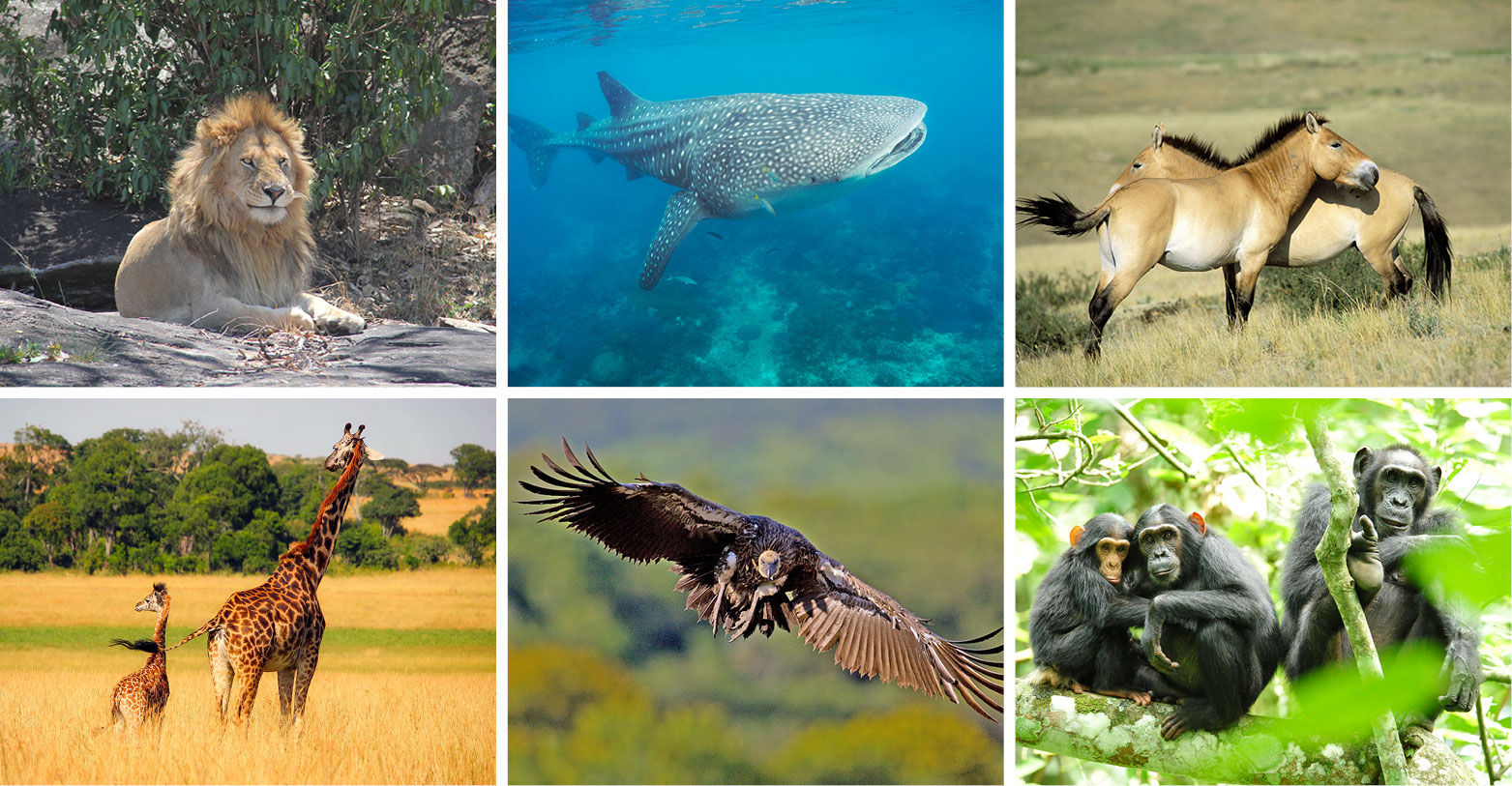 Science Body Recommends 34 Species for Protection under the Convention

Bonn, 14 July 2017 – Only 100 days remain until a major global meeting on wildlife protection kicks off in Manila. Over 120 countries will gather in the Philippine capital for the 12th Meeting of the Conference of the Parties to the Convention on Migratory Species (CMS COP12) from 23 to 28 October 2017. The meeting will address a range of critical issues facing the world’s endangered wildlife shared across international borders.

A high number of proposals for greater protection under the Convention have been tabled for negotiation including very well-known species such as the Chimpanzee, Giraffes, Leopards, Lions and the Whale Shark. Countries convening in Manila, will also seek to avert a total collapse of vultures in Africa, through a multi-species plan aimed at promoting countries to take urgent action on the ground to conserve these cornerstone species that are critical for providing essential ecosystem services for human health. Threats such as lead poisoning, underwater noise, unsustainable tourism, and renewable energy conflicts with animals will also be at the centre of the intergovernmental negotiations.

“The particularly high number of animals proposed for protection under the Convention is a worrying sign of the decline of international wildlife across the board in every region of the world. Urgent action is needed to ensure the survival of these species and CMS COP12 will be a major opportunity for governments collectively to decide how they can cooperate on a way forward”; said the Bradnee Chambers the Executive Secretary of the Convention.

The final step before countries meet in Manila is to ensure that there is sound science underlying each of the species proposals submitted by countries. The Convention’s scientific body met in Bonn this week  to assess each resolution and proposal being tabled for negotiation at CMS COP12.

The expert meeting in Bonn brought together some of the world’s top wildlife scientists on birds, fish and mammals. The body made some technical inputs and advice on strengthening the proposals and recommended 34 species for protection under the Convention.

Fernando Spina, the Chair of the Scientific Council said “The strength of the Convention is the scientific basis that underlies the preparatory work for the negotiations.” He added that “because these animals move between countries and over long distances that ignore political boundaries, they can only be fully protected by international cooperation. Their fascinating journeys connect the planet.”

An important resolution on migratory connectivity will also be considered at the COP and will potentially reinforce integrated conservation policies and improve international cooperation among countries that share migratory wildlife populations.

The resolutions and high number of proposals for species protection, plus the many pressing issues facing international wildlife have set the scene for this conference to be of strategic global importance for the future of the planet’s wildlife. It is expected that the agenda of the COP will attract unprecedented political attention from governments, NGOs and the private sector.  More details of the COP are as follows:

Listing of Giraffes, Lions and Leopards, which have become extinct in much of their historic range, may turn the tide and ensure their survival. All three of these well-known species have seen sharp declines in their numbers due to habitat loss, human-wildlife conflict and poaching.

For the marine environment, six species of shark have been proposed including the Whale Shark. The largest fish on Earth isthreatenedby targeted fisheries, bycatch in nets, and vessel strikes. The Blue Shark and the Dusky Shark are ofsignificant commercial interest, with twenty million of the former being caught every year. No conservation instrument has been put into place for the Angelshark so far. Shark listings would give a positive signal to the international community because they areparticularly threatened compared with most other animal groupson the planet.

Ten vulture species including some critically endangered ones have been proposed for listing for the highest degree of protection. Vultures provide vitally important ecosystem services by disposing of organic waste in the environment. Allof them are classified as 'Critically Endangered' or 'Endangered' on the IUCN Red List of species threatened with extinction.

Populations of the Chimpanzee, despite its being the most widespread of the great apes, are suffering a dramatic decline.

The Przewalski’s Horse, a relic from the Ice Age, is the only remaining successor of the wild horse. Fewer than 400 animals live in the wild.

The Gobi Bear,cousin of the Brown Bear and the only bear living in a desert and the African Wild Ass, the most endangered equid in the world, may be granted better protection at COP12.

Four species of bats in the Americas, some of them long distance migrants have been added to the list. Along with deforestation, turbines for wind energy are a key threat, causing hundreds of thousands of lethal collisions each year in the United States alone.

Major issues for discussion at COP 12

Illegal killing of birds threatens populations between Europe and Africa and an intergovernmental task force working over the last three years has made good progress and the model is proposed to be replicated in Asia.

A series of resolutions are proposed dealing with threats to the marine environment. Marine mammals, marine turtles, shark, rays and seabirds face threats from bycatch, pollution, underwater noise, offshore wind parks, overfishing and poaching. For the first time, aquatic wild meat is on the agenda. Climate change remains a key driver of extinction for all species. While renewable energy technologies can mitigate the effects of climate, bats and birds, however, suffer a high mortality rate from collisions with wind turbines. Wildlife-friendly energy technology can reduce such harm.

A new conservation initiative for carnivores in Africa will be proposed. Cheetahs, Lions, Leopards and African Wild Dogs may benefit from it.

Events during COP: On 22 October, a High Level Segment attracting Ministers from across the globe will discuss the linkages between protecting migratory wildlife and achieving the Sustainable Development Goals.

The Secretariat of the Convention can make available experts on the topics mentioned in this release including top scientists under its Scientific Council.

CMS - the Convention on the Conservation of Migratory Species of Wild Animals (CMS) is an environmental treaty under the aegis of UN Environment and provides a legal framework for the conservation and sustainable use of migratory animals and their habitats. Species placed under the Convention’s Appendix I require full protection from any taking at the national level and under Appendix II requires countries to develop management strategies across the species’ range. Further information can be found on the CMS website: http://www.cms.int

COP – the Conference of the Parties is the supreme decision-making body of the Convention and meets every three years to adopt policies and laws for the protection of migratory wildlife and to propose new species under the framework.  COP12 is taking place in Manila at the invitation of the Government of the Philippines.  www.cms.int/cop12

Interviews: The officers of the Secretariat who are experts on the wildlife species and the issues threatening the animals are available for interviews.