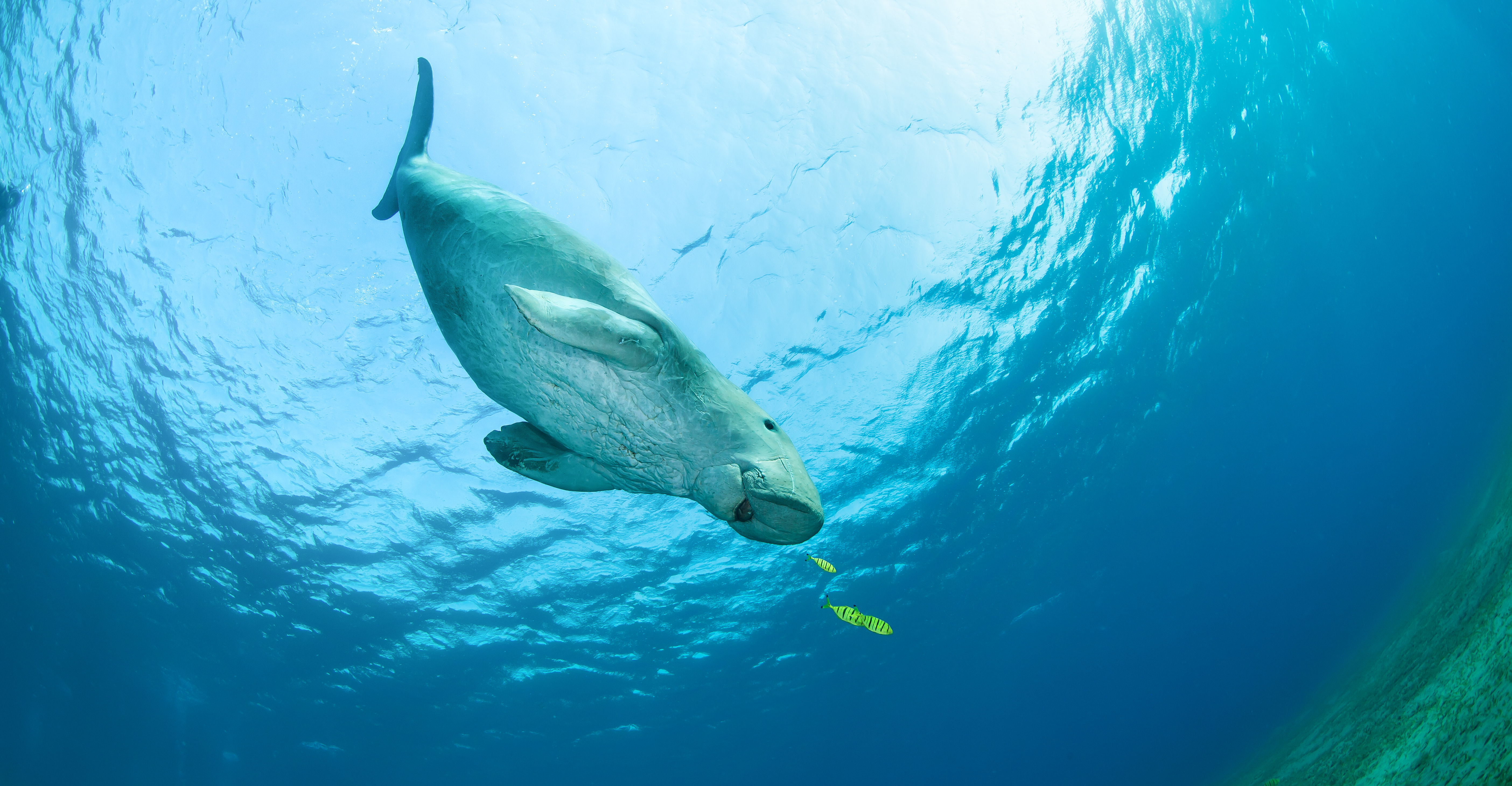 Abu Dhabi, December 2019 - A flexible, easy-to-deploy questionnaire, developed by the Secretariat of the CMS Dugong MOU in partnership with Malaysia’s Marine Research Foundation and a team of leading global experts, has emerged as a powerful tool for studying the distribution and relative abundance of Dugongs and other marine species.
The Secretariat of the CMS Dugong MOU is located in CMS Office – Abu Dhabi which has been based in the United Arab Emirates’ capital since 2009. Created in 2012, the Standardised Dugong Catch and Bycatch Questionnaire has also helped to identify fishery pressures and potential new conservation hotspot areas. The questionnaire has been deployed in at least 18 countries, covering most of the Dugong’s habitat range in East Africa, South Asia, Southeast Asia and the Southwestern Pacific. With nearly 8,000 responses so far, the data set created is one of the most comprehensive to date.
The findings are summarized in a scientific paper A low-cost solution for documenting distribution and abundance of endangered marine fauna and impacts from fisheries, which was published in December 2017 in PLOS ONE. The paper emphasized the minimal resources needed — an average of USD 5,000 per country — to generate large data sets, representing high return on the research funds invested. One reason for the questionnaire’s success: it can be deployed quickly, efficiently, and cost-effectively. The surveys are culturally-appropriate, while their standardisation means comparisons within and across regions can be made relatively easily.
The results of the questionnaire have provided vital insights into the distribution and abundance of Dugong populations in addition to mapping areas of Dugong habitats and trouble spots where Dugongs are likely to be killed by human-caused factors such as entanglement in fishing gear, poaching or vessel strikes. Because of its great utility, the questionnaire has also been used to study other species: manatees in the Caribbean, river dolphins in Peru, and coastal cetaceans along the eastern Gulf of Thailand and western Peninsular Malaysia.
Dugongs are present in the waters of 46 countries, however they face widespread threats due to interaction with humans, habitat loss and other factors. Many of the countries within the species’ range have Least Developed Status and possess limited capacity to manage the negative impacts on their Dugong populations. This is why population declines and local extinction have been reported from a number of areas within the Dugong range with the International Union for the Conservation of Nature rating the species’ extinction risk as Vulnerable on a global scale.
Efficient and easy-to-implement tools, such as the Standardised Dugong Catch and Bycatch Questionnaire are urgently needed for Dugong populations to grow back to sustainable levels. Complementing the questionnaire is the Dugong and Seagrass Research Toolkit, also developed by the CMS Dugong MOU in partnership with Environment Agency – Abu Dhabi.
The CMS Dugong MOU will continue to take steps with transformative impact on Dugong conservation worldwide. Meanwhile, the questionnaire will continue to provide an easy-to-deploy, flexible solution to gain insights into Dugongs and other marine species around the world.
The Standardised Dugong Catch and Bycatch Questionnaire is a valuable conservation tool, and one of a number of important conservation initiatives developed by the Secretariat of the Dugong MOU, that have resulted from the productive and successful collaboration between CMS Office – Abu Dhabi and Environment Agency – Abu Dhabi since 2009 when the Office was first established in the United Arab Emirates. The vision and strong long-term support of Abu Dhabi’s government, combined with the rich scope of a United Nations forum, is supporting the conservation of Dugongs, raptors and other migratory species, and promoting the well-being of associated human communities, to achieve the United Nations Sustainable Development Goals.
Read more about the unique partnership between CMS, EAD and the UAE, the establishment of CMS Office - Abu Dhabi and its achievements over the past decade here.