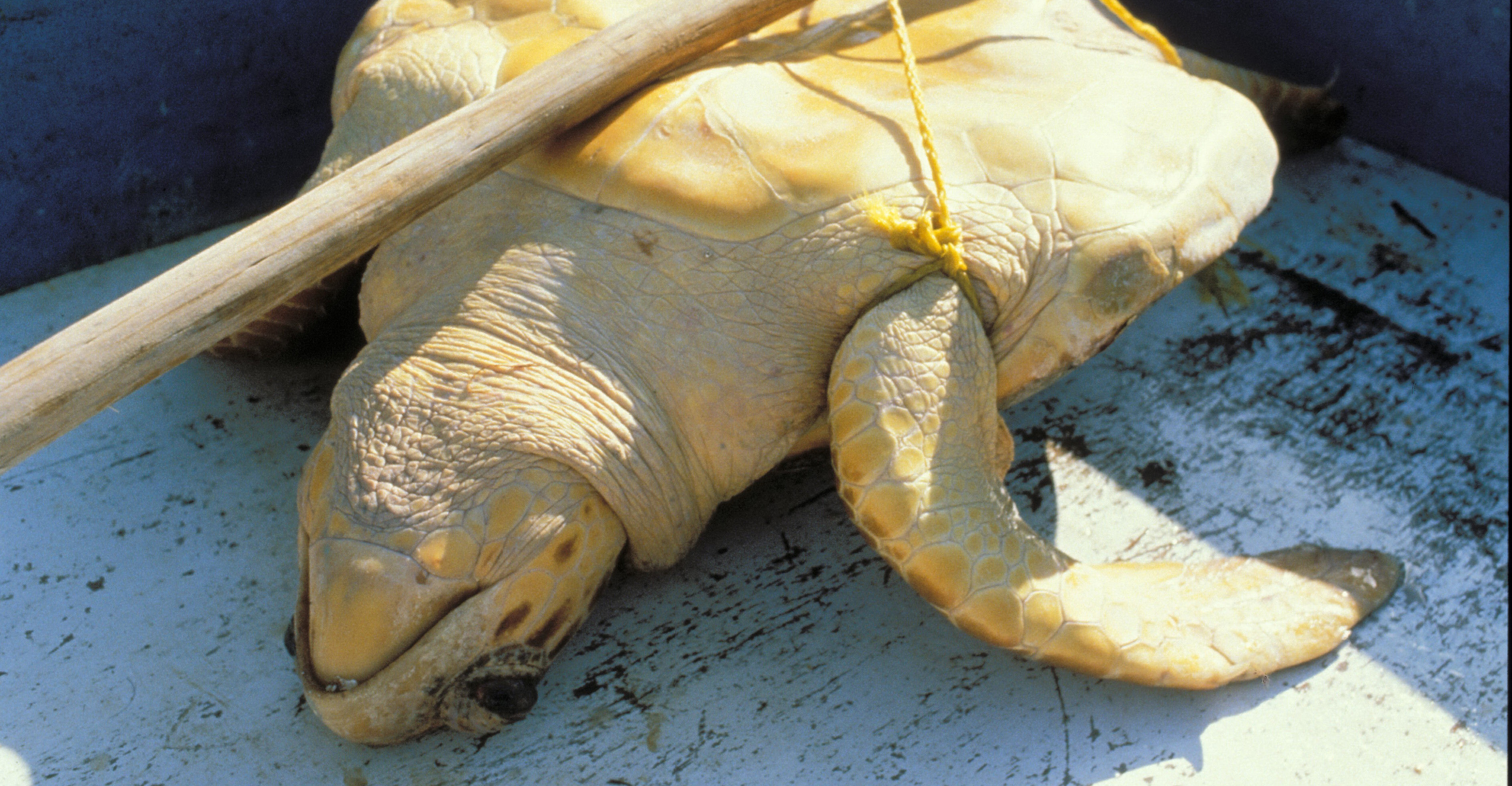 Bonn, 22 March 2022 – Across most of the world, and particularly in the tropics and subtropics, aquatic wild animals are captured or taken opportunistically, and the meat, body parts, and/or eggs are consumed for local subsistence or used for traditional purposes. This type of consumption is widespread, in some places has been sustained for millennia, and can be an important source of nutrition, income, and cultural identity to communities. Yet, economic opportunities to exploit wildlife at higher levels have led to unsustainable exploitation of some species.

In the literature, there has been limited focus on the exploitation of aquatic non-fish animals for food and other purposes. Understanding the scope and potential threat of aquatic wild meat exploitation is an important first step toward appropriate inclusion on the international policy and conservation management agenda.

Published on 21 March was a review of the literature and overview of the contemporary use of aquatic megafauna (cetaceans, sirenians, chelonians, and crocodylians) in the global tropics and subtropics, for 37 species listed on the Appendices of the Convention on Migratory Species (CMS). This work sprang from discussions withing the CMS Aquatic Wild Meat Working Group, set up by COP12 (2017) and contributes to the fulfilment of the mandates given to the Working Group in Decision 13.64. Members of this working group are amongst the contributors to the review.

The review, available open access, finds that consumption of aquatic megafauna is widespread in coastal regions, although to varying degrees, and that some species are likely to be at risk from overexploitation, particularly riverine megafauna. However, the impact of harvests for aquatic wild meat on the conservation status of source populations can seldom be quantified with any scientific certainty.

For example, the situation with harvest and trade of small cetaceans is explored for mainland South America, the Gulf of Guinea, and the south-western coast of India and South-East Asia. In many places, killing rather than releasing cetaceans bycaught in fishing gear is assumed to be a threat to migratory cetaceans.

Most sirenian populations cannot withstand human-induced mortality, with high losses to populations of West African manatee reported in recent years. On the other hand, the harvest of dugong for aquatic wild meat by indigenous people across northern Australia, which contains the most abundant sirenian populations, have been sustained for more than 4000 years. This highlights clearly that differences in local circumstances between areas, such as drivers of hunting and consumption, hunting technologies used, human density and other threats to animals and their habitats, and how they change over time, can influence harvest sustainability.

Capture and consumption of marine turtle adults and harvest of their eggs is ubiquitous across much of the species’ ranges, particularly in the Caribbean, South-East Asia, off Papua New Guinea, and by Indigenous people across northern Australia. Whilst there are management programs in some places, and evidence of significant declines in population and nesting due to past and present exploitation in many countries, low-level harvests have been sustained for millennia in some countries, and harvests can be managed sustainably for aquatic wild meat and other products.

Risks to riverine megafauna from harvest may be particularly high, even if opportunistic, because the risks are compounded by unique threats to riverine species, such as dams, intensive fishing, and pollution where human population density is high. This is true of river dolphins, manatees, and freshwater turtles. Riverine megafauna may suffer from a lack of management and research as they are seen as neither terrestrial species nor fish, and require increased research and management efforts

It is clear that the use of aquatic megafauna for aquatic wild meat is likely to be far more widespread in terms of frequency and species than reported in the review. Monitoring and reporting is limited, and because many of the species are protected by national laws, or are charismatic, their use is secretive. The trans-boundary nature of harvests and associated trade of these oceanic, coastal, and riverine species requires increased international attention and cooperation. Despite the wisdom of adopting a precautionary approach in the absence of quantitative data on harvest levels, population sizes, and trends for most species used for aquatic wild meat, the case for researching in more depth the harvests that do appear sustainable is a strong one.

The review concludes with a series of clear recommendations for research and policy that will be brought to the attention of CMS in the context of the mandate of the Aquatic Wild Meat Working Group.

View the online publication: https://www.frontiersin.org/articles/10.3389/fmars.2022.837447/full.
This article is an open access publication accessible to readers anywhere in the world.

In September 2021, CMS released a report on the impacts of taking, trade and consumption of terrestrial migratory species for wild meat, focusing on 105 CMS-listed species. Among its findings, the report found that wild meat is often a key use and a major driver for legal and illegal hunting, particularly of ungulates and primates, and especially during times of conflict or famine and in the course of land use change. This has led to drastic declines and extinctions of several migratory terrestrial mammal populations.